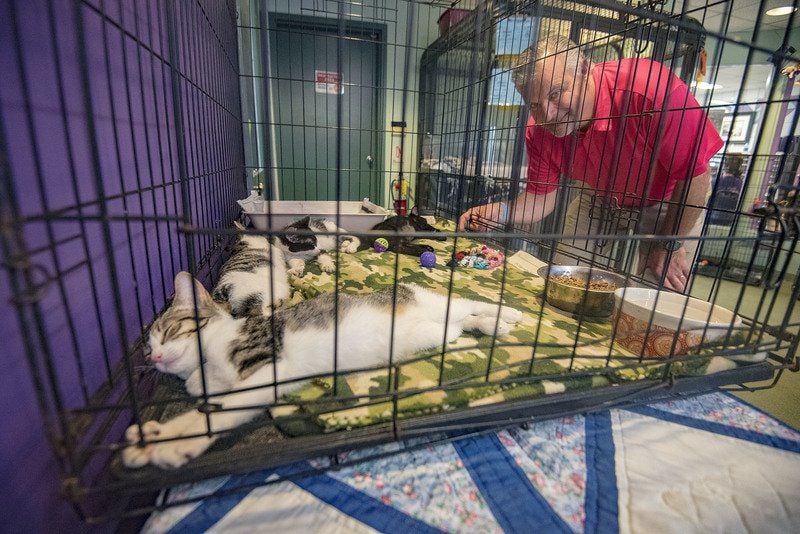 James Neiss/staff photographerThe SPCA of Niagara shelter's save rate for May was 93.3 percent. 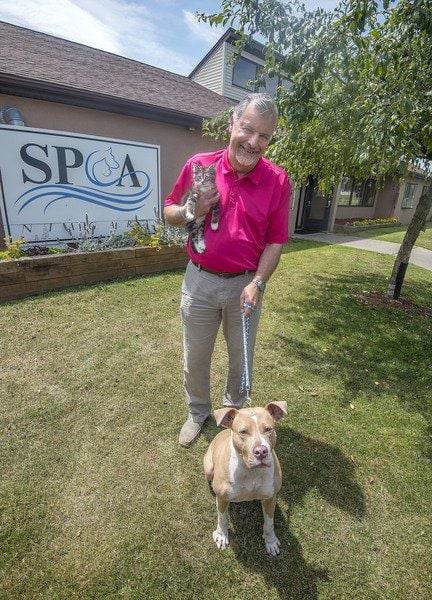 James Neiss/staff photographerSPCA of Niagara Executive Director Timothy Brennan shows off a couple of the residents of the shelter on Lockport Road. 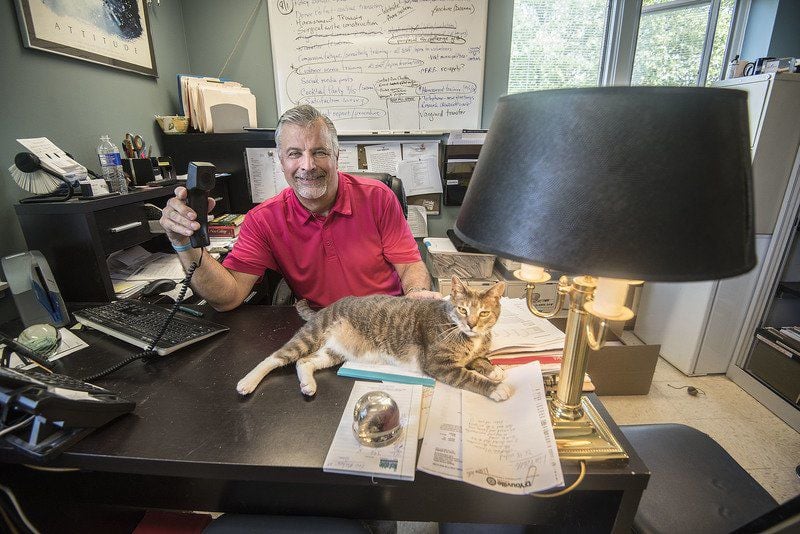 James Neiss/staff photographerLuca the cat appears to be running things with the help of her human, SPCA of Niagara Executive Director Timothy Brennan.

James Neiss/staff photographerThe SPCA of Niagara shelter's save rate for May was 93.3 percent.

James Neiss/staff photographerSPCA of Niagara Executive Director Timothy Brennan shows off a couple of the residents of the shelter on Lockport Road.

James Neiss/staff photographerLuca the cat appears to be running things with the help of her human, SPCA of Niagara Executive Director Timothy Brennan.

WHEATFIELD — The plaque hangs proudly today in the lobby of the SPCA of Niagara.

So much has changed since the Lockport Road shelter was rocked by revelations in a Gazette investigation that broke on New Year's Day 2012, showing the agency was engaged in the mass killing of animals.

Its then executive director was fired. The agency's board of directors resigned.

A new board and a new executive came in and the shelter's operations changed for the better.

When that new executive, Amy Lewis, announced she was stepping away in July 2018, her successor, Tim Brennan, knew he had big shoes to fill.

"Amy did a great job implementing our no-kill philosophy," Brennan said. "She took us where we are."

Now, as Brennan prepares for the ground-breaking and construction of a new half million dollar, 3,200 square foot surgical unit, and someday a new or expanded shelter itself, he sees only better care for animals and better service for those looking to adopt new pets.

"This will allow us to do more surgeries," he said, gesturing to a rendering of the new surgery suite. "My longterm vision is to get us a new shelter in the next five to 10 years, and I'm hoping it's only five."

It's not an exaggeration to say that the shelter is bursting at the seams. On a recent visit by a Gazette reporter, there were 72 dogs occupying the 74 available kennels.

"It's kitten season," Brennan noted, while casting his glance on 260 cats filling not only their normal spaces in the shelter, but spilling out into the lobby as well.

The recent seizure of a large quantity of animals from a Lockport pet shop had resulted in the conference and storage rooms at the facility pressed into service. But none of that seems to discourage the shelter volunteers or the staff.

"I can't say enough about our kennel staff," Brennan said. "They're here every day. They have no holidays."

Brennan, who counts dogs and rescue cats among his family's own growing collection of pets, came to the SPCA without a background in shelter work. He had previously been a fundraising executive with the Boys & Gils Club of Buffalo.

But he said he's been able to build a strong relationship with Gary Willoughby II, the president and CEO of the SPCA Serving Erie County.

"I meet with him and Gary has been a great mentor for me," Brennan said. "He is all about collaborating and we appreciate that."

Brennan said Willoughby arranged the donation of his agency's old surgical trailer to the SPCA here, while the new permanent suite is being built.

Reflecting on almost a year on the job, Brennan said its been a learning experience.

"I've learned a lot, but still have a lot to learn," he said. "My focus has been on building a team and instilling a sense of customer service."

Brennan said he's been able to delegate the day-to-day operations of the shelter to a full-time manager and the agency has also hired a full-time veterinarian. His staff also includes a director of facilities, a director of volunteers and an events coordinator.

Among the accomplishments Brennan lists in his first year on the job are re-engaging with more municipalities in Niagara County. The SPCA just recently signed a new service contract with the towns of Lewiston and Porter.

There has also been more engagement with rescue organizations. And then there are those no-kill numbers.

Brennan said adoptions from the shelter are averaging more than 2,000 a year.

"(Being a no-kill shelter) isn't easy. It increases your expenses significantly with fixed overhead," Brennan said. "To be a no-kill you have to continuously attain a 90 percent save rate."

The shelter's save rate for May was 93.3 percent.

"A lot of animal advocates appreciate that," Brennan said. "They know what that number means."