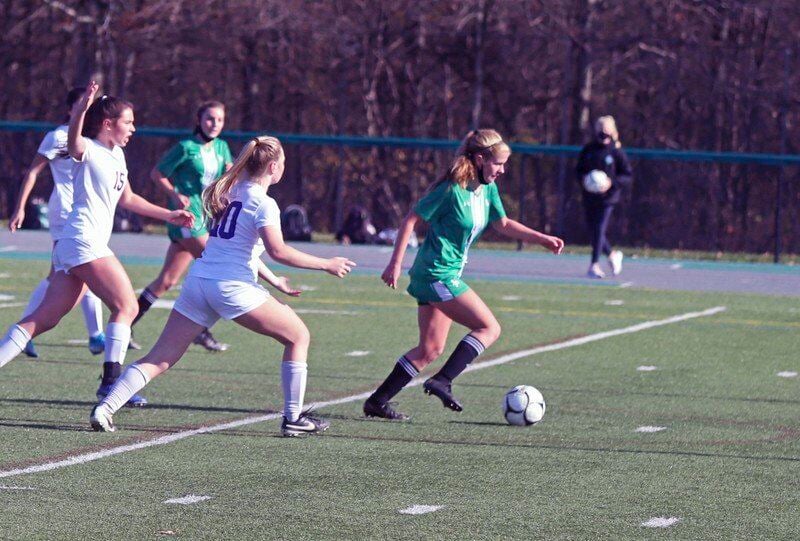 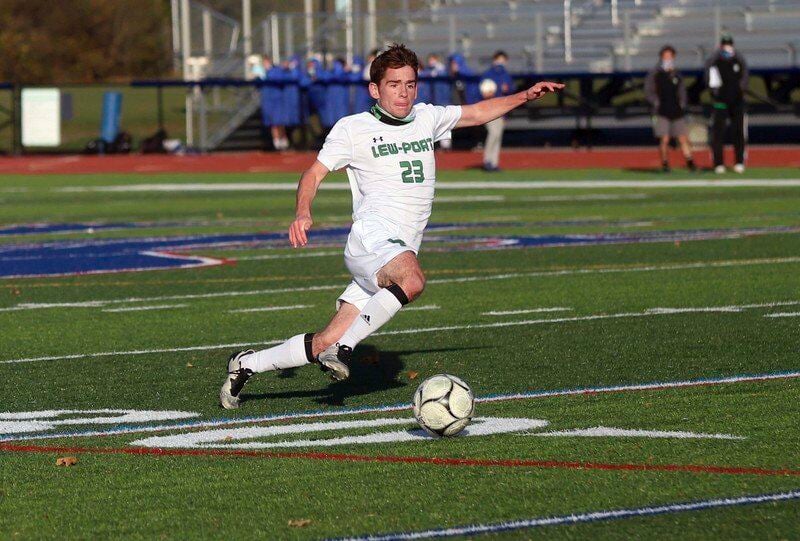 In this Nov. 14 file photo, Lewiston-Porter's Robert Woods brings the ball up the field in the Section VI Class A-2 boys soccer championship game at Williamsville South.

In this Nov. 14 file photo, Lewiston-Porter's Robert Woods brings the ball up the field in the Section VI Class A-2 boys soccer championship game at Williamsville South.

How do the Woods twins keep making soccer look so easy?

Lewiston-Porter soccer had another fruitful fall, as both Lancer squads earned berths in Section VI Class A-2 championships games. If you paid any attention to either team this season, there's one last name with which you're surely familiar.

Sarah Woods guided the girls to a 12-2-1 record, capping the year with two goals in the championship game victory over Williamsville South. Robert Woods was the anchor for the boys, leading the Lancers to a 14-4 season by scoring a Section VI-best 26 goals.

"It's been an interesting perspective that I've had because he's in the same grade as my son (Alastair)," said L-P boys coach Rick Sweeney. "And so I've been watching Robert as a player from age 8 till today where he's 16 years old, so it's really interesting to watch how he's developed."

Whether it's playing against Elite Clubs National League talent with the Western New York Flash or practicing with his fellow Lancers, Sweeney feels that Robert's work ethic is what makes him the player he is today. That's how he was able to help Lew-Port win a sectional title as a freshman, as well as a Niagara Frontier League championship in 2019.

"He stayed humble, he stayed hungry and he's still motivated. And I think that's a big part of the equation for his success," Sweeney said. " ... He makes the most of the opportunities when it comes down to those one-on-one, individual moments when he's called upon to deliver results. And he finds the back of the net on a very regular basis."

Lew-Port girls coach Norm Forney was in the same position with Sarah during the 2018 season. It wasn't his traditional play, but Forney had to make an exception for a rising star.

"Now I don't take freshmen very often. I'll only take a freshman if I think she's gonna contribute considerably for the varsity," Forney said. " ... Otherwise she can play the whole game with JV. Sarah was only the second freshman I've ever taken."

Establishing herself early on as an attacking central midfielder on a sectional co-champion, Sarah was able to take guidance from veterans like Lexi Lindamer and Riley Crum. Being such a young player working with an older cast, Forney believes that added fuel to Sarah's playmaking style.

Sarah wanted to get the girls involved so much she even got upset with Forney for taking her out of a game when she was trying to find Lindamer for a goal.

"For me it's that attitude that she wants to get everybody involved that really makes that position work," Forney said. "Because if all she wants to do is dribble and score herself — which she did a great deal of this year; she was fantastic. But if that's all she wants to do, then the team itself isn't as successful."

Sarah was one of only seven players this fall to record at least 19 goals and 10 or more assists, tying ninth in Section VI with 48 points. Similarly to her coach, she also reflected on the days from freshman year where people started to figure out just who the Woods twins were.

"It's kind of like how people started to get to know us during high school. 'The twins that play soccer for varsity,'" Sarah said.

One word that both coaches synonymously associated with the Woodses was 'competitive.' Sweeney remembers Robert's youth wrestling career, which was the ultimate sign that his competitive nature could bring the "maniac" out of him.

"I remember watching a couple of meets where it's a different environment. You're one-on-one, it's all on you and you're locked up," Sweeney said. "And you could really see he got after it and there was a different pulse to what he had on the wrestling mat that I think gave me a different window to kind of see just how competitive he was."

The same could be said about Sarah, who scored six goals in the Lady Lancers' three postseason games. Her competitive side is what Forney believes has allowed her to have the impact she's had the last three seasons.

"Honestly I think kids don't want to disappoint Sarah because she's demanding of them," Forney said. "But at the same time, she's not afraid to speak out to me and tell me if she feels if somebody should be on the field that isn't. So we've had this discussion before about how to do that appropriately, but she's been an advocate for her teammates.

"She's also been an advocate to get kids on the field as well, maybe some kids that aren't playing as much."

A leader by example, Sarah gets just as much attention from her teammates as she does from opponents. Forney just hopes the girls don't get caught ball watching when she's trying to find them in the open field.

Speaking of her playmaking, Robert cited that as his favorite part of Sarah's game.

"She can see the field better than anyone out there," Robert said. "She places perfect passes and can just find the open person at any given time."

The two would probably form a deadly on-field duo, with Sarah's playmaking paired with Robert's finishing.

"He just has such a drive for scoring goals and he's definitely, like by far, the fastest kid out there," Sarah said. "Whenever people are watching him, it's just so fun to watch like how fast he can just have such a burst of speed when he's up there."

Coach Sweeney would be remiss for not lauding the Woods family for the guidance of the twins.

"(They) come from a good family, it's not a coincidence. Robert and Sarah are both wired the right way (for) being successful," Sweeney said. "The family is doing everything they can to give them the opportunity to fulfill their ability and I think that is a big part of the equation for the success that they've had."

The twins are just carrying on the soccer tradition in the family. Their father, Bob, played for the Lancers in 1986 and 1987, adding two NFL titles to Lew-Port's historic program and scoring 32 goals in that span.

"He's definitely been a great inspiration our whole lives, like she said," Robert said. "Back when he played and all the memories he had playing with those guys, he still brings up stories of things him and his teammates would do and experiences they had during the season."

Becoming junior team captains, All-WNY candidates and even recording their individual 100th career points within the same week, the Woodses have been on a journey many siblings don't get to share. Sarah has enjoyed meeting these milestones alongside her brother, and Robert is just as happy, especially knowing how she's impacted his soccer career.

"Growing up, Sarah definitely took soccer more serious and she played (travel) for the Flash," Robert said. "... I could see how much better she was getting so I just decided I wanted to take the next step and I started taking it more serious playing premier. ... Seeing how hard she worked made me work harder to become a better player."

College decisions haven't been made yet, so working with the Flash should bring more exposure for the siblings. But don't count on seeing the Woods twins representing the same university come 2022.