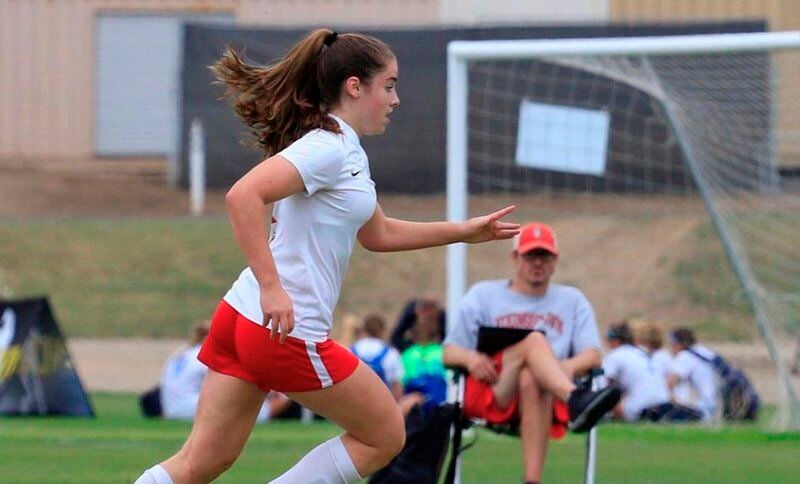 Wheatfield native and St. Mary's star Shae O'Rourke has built up her skills on the travel circuit, as the South Carolina soccer commit plays for the Western New York Flash Academy. 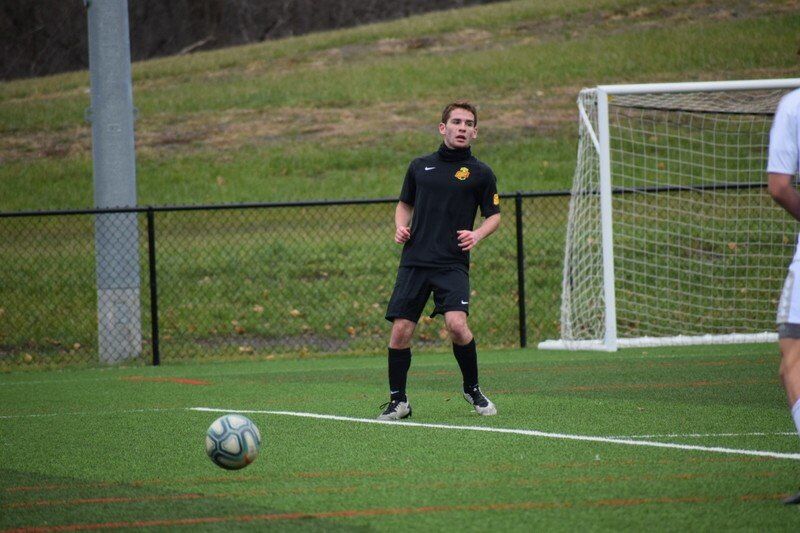 Lewiston-Porter standout Robert Woods has honed his skills with the Western New York Flash Academy, one of the top travel organizations in WNY.

Wheatfield native and St. Mary's star Shae O'Rourke has built up her skills on the travel circuit, as the South Carolina soccer commit plays for the Western New York Flash Academy.

Lewiston-Porter standout Robert Woods has honed his skills with the Western New York Flash Academy, one of the top travel organizations in WNY.

From the outside, the Western New York Flash Academy may seem like a mere soccer center. But there's more to the Elma-based travel program than meets the eye.

If you noticed this fall, many of the area's top soccer players shared how impactful the Flash has been in improving their games. Whether it was Shae O'Rourke (Wheatfield/St. Mary's), Sarah and Robert Woods (Lewiston-Porter), Kara and Trent Choate (Royalton-Hartland), or Jay Granto (Niagara Falls/Canisius), many of which have gone through the academy and given it rave reviews.

The academy's executive director of coaching, Eric Dade, discussed how Sahlen's Packing Co. has aided the program as its ownership group. The group owned the women's soccer team of the same name, as the Flash played in several professional women's soccer leagues, most notably the United Women's Soccer League.

Alex Sahlen — a former Niagara University player who is the daughter of Flash owner, Joe Sahlen — would play for the the squad, which was founded in 2008 before the pro team relocated to become the North Carolina Courage in 2017, and still serves as presiden. That's when Alex and her husband, Flash vice president Aaran Lines, decided to make good use of the facility by developing a grassroots program for WNY soccer players.

The program was destined to shine being in the hands of people like Sahlen and Lines, the latter of whom played professionally in his native New Zealand before making his way to the United States to coach the Flash.

That's why it was a match bringing in Dade, a local who was coming back home to WNY with a wealth of soccer knowledge as a hall of famer with Virginia Commonwealth University and a 16-year pro career. Dade, a graduate of now defunct Mount Saint Joseph Academy, has helped build up several youth soccer clubs throughout the country.

"My goal has been to try and get the top coaches in the marketplace to give every kid that comes through our organization an opportunity," Dade said.

"Whether the (intention) is to play the highest level of high school, whether it's to try to catapult and move on to the collegiate level, or even one day try to be a professional. ... Our goal is to compete at a really high level at our top-level teams, and then if we have our regional-level teams where we want to be the top in the regional level, and then we have our local teams, where we want to provide excellent service for that, if that's what those players are looking for."

Although the girls' programs have carried the flag early on, Dade was excited to see the high-end talent on the boys' side shelling out this past year. Taking part of the Elite Clubs National League, the girls' side is one of the top 50 programs in the nation, while Dade believes the boys will crack the top 50 before the end of 2021.

But like all things 2020, COVID-19 impacted the academy's operation, as the program closed its doors from March to July. Thankfully, once the academy reopened, kids were able to play throughout the remainder of the summer and fall before a brief hiatus from competition heading into the new year.

Reopening allowed student-athletes to take advantage of one of the best soccer resources around. The Flash house a complex with two full-sized outdoor turf fields with lights, and both are used by everyone from the youngsters in the beginner leagues to the more elite players on the veteran circuits.

The Flash also have an indoor facility, which is most important here in the winter months. Inside, there's fields that allow 11-on-11 and nine-on-nine play, as well as two seven-on-seven fields and a boarded field for the junior academy players.

"When you have facilities you can do things that maybe a lot of other people can't," Dade said. "So I'll call it like it is, that is one of the reasons why we're able to continue to provide programming, even when COVID restricted how many you can have out. We still have the ability to spread kids out over big spaces, which for us, that's a very good thing."

To ensure the kids have a place to train and play, the Flash staff has been stringent in enforcing COVID protocols and sanitizing the facility. The academy is aware of how impactful it is on the players' soccer careers, which is something that isn't taken for granted.

As mentioned before, the ECNL is one of those resources the program relies on to impact the kids. For those looking to play collegiately, the ECNL is key in giving players a chance to play in front of the top coaches in the nation.

"I think for us, a big piece of our organization is we want to help kids move on to that next level," Dade said.

"We bring 'em at the early ages and we do our best as far as preparing them. Hopefully, by the time they get older, then there's those opportunities if they desire, to play at the next level. ... The ECNL, that's a league that's run across our country, which is probably the No. 1 showcasing opportunity for kids to move on and play in college. ... So at U13 and up on both the boys and the girls, we participate on this national platform."

In normal years, these players would compete in front of 200 to 300 coaches from around the country, spanning NCAA divisions I, II, III and the NAIA. But with coronavirus restrictions, combined with the D-I recruiting dead period being extended until April 2021, these tournaments will instead be shared with coaches via livestream.

This national presence has brought players from all over to join the Flash, including Rochester, Syracuse, Binghamton and Canada. The academy prides itself on building up great players on the field, but that is far from its only intention.

"We try to educate the kids, that's important for us as well, during holiday seasons like this," Dade said.

"We just completed a toy drive with the children's hospital where we called it 'fill the van.' So we have a Flash van and everybody donated, kids throughout the organization, and that was a big part. We wanted to teach kids what this time of year means, it's ultimately giving back to others."

From the five year olds to the elite players, the academy is a place that prides itself in bringing all players in with open arms. So hopefully 2021 doesn't hold the Flash back the way 2020 did.

"We're happy we have the kids. Obviously, we pride ourselves in kind of what we do," Dade said. "We want these kids to enjoy themselves and hopefully we make a difference in their lives some way."