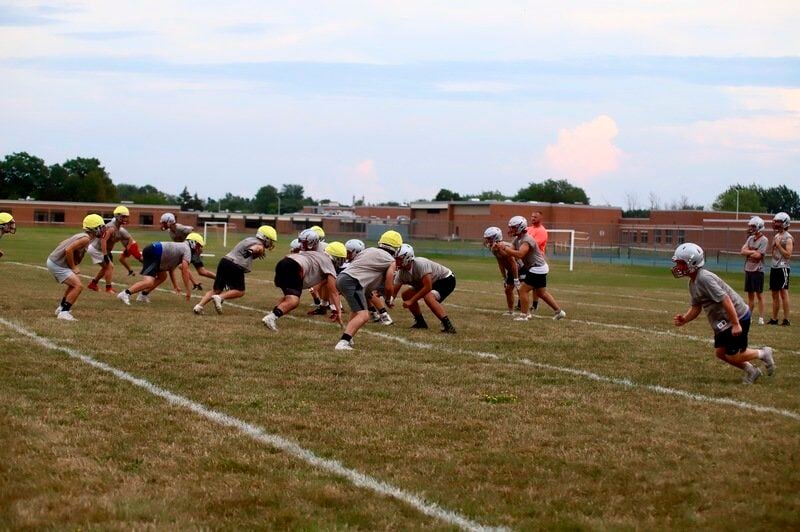 Paul Battson/contributorAfter going winless during COVID-shortened 2021 spring season, Starpoint football is back practicing this week ahead of its Sept. 4 opener. 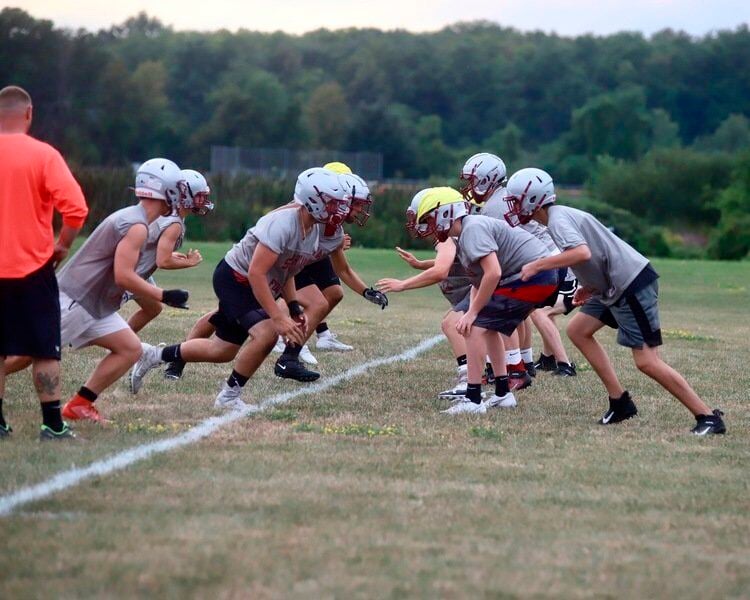 Paul Battson/contributorStarpoint football players line up during the third day of practice for the 2021 season Wednesday evening in Pendleton.

Paul Battson/contributorAfter going winless during COVID-shortened 2021 spring season, Starpoint football is back practicing this week ahead of its Sept. 4 opener.

Paul Battson/contributorStarpoint football players line up during the third day of practice for the 2021 season Wednesday evening in Pendleton.

LOCKPORT — So you want to be a head coach?

Starpoint High School football coach Tim Racey got a crash-course during his first year on the job, which the COVID-19 pandemic made as unusual and difficult as a new coach could imagine.

With no 2020 summer workouts, limited winter workouts and an abbreviated preseason in the spring, the Spartans went 0-5 in the longtime football assistant and varsity baseball head coach’s first campaign.

Racey raves about the talent coming up through the junior varsity and modified ranks, but this year’s version of Starpoint football has not dampened its expectations. They want to win Section VI Class A2 and get back on the path that led the program to six consecutive playoff berths from 2014-2019, including a pair of unbeaten regular seasons.

“We’re always looking to compete at the highest level,” Racey said. “The league championship is always the goal and we’ll begin with the end in mind. … We don’t want to have too many peaks and too many valleys. We just want to have a gradual climb and get better each day.”

Once a predominantly run-oriented program, Starpoint trended to more of an aerial attack with quarterback Aaron Chase — now a backup for the University at Buffalo — and that will continue with senior Carson Marcus, who enters his third year as the starter.

While the Spartans aren’t quite the turbo-speed offense they were with Racey making the calls, new offensive coordinator Steve Hart — the school’s wrestling coach — will likely still push the tempo and throw more often than run.

Marcus threw for 458 yards and completed 55.6% of his passes last season, tossing two touchdowns and two interceptions after posting 839 yards and 12 scores during his debut sophomore season.

“We’ve had a great summer with (Hart),” Marcus said. “We’ve learned a lot, he’s learned a lot, so we’ve complimented each other on things we do good and things we do bad. We’ve built in checks with things that I can do pre-snap and little things like that.”

With a bevy of weapons returning, including Nate Lee, who caught 11 passes for 177 yards last year and is coming off an elbow injury, the key for Starpoint will be to keep Marcus off the turf.

The Spartans bring back starting right tackle Colby Lawrence but the remainder of the line will be inexperienced, albeit big. If Marcus can have time to find the likes of Lee, sophomore Evan Dean, sophomore running back Antonio Pescrillo, Luke Davis and Jason Richardson, Starpoint could rack up a few more wins this season.

“Is the line going to be able to gel together? Are we going to get the right protection?” Racey said. “We have a couple young players at center and guard. … As good as they do, that’s how good we’re going to be.”

Starpoint opens the season against Hutch Tech at 2 p.m. Sept. 4 at Riverside High School in Buffalo.