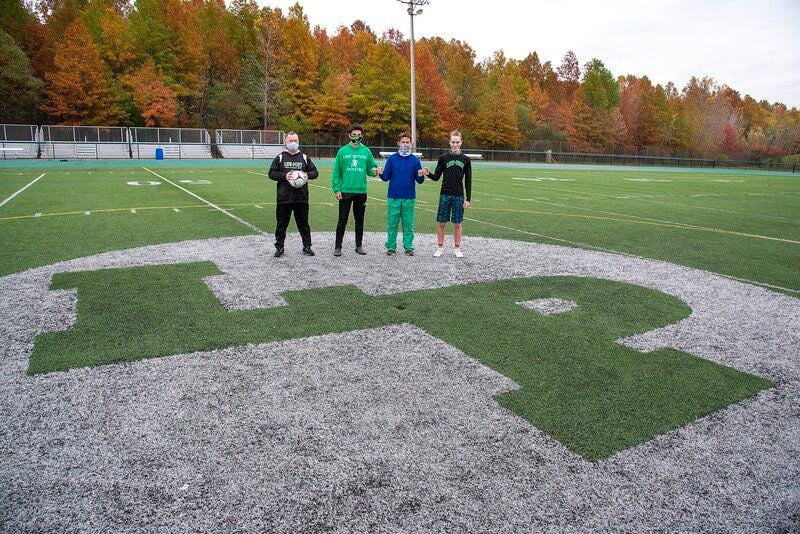 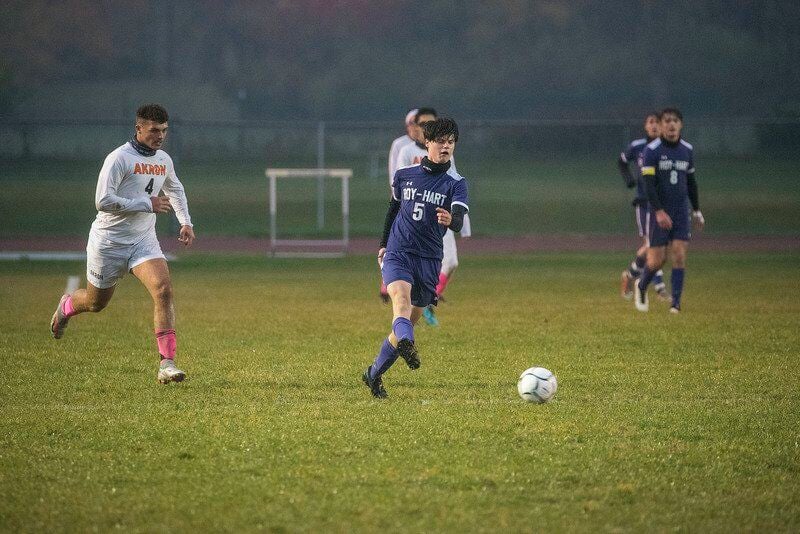 Soccer has become the family business for some of our local programs.

Lewiston-Porter soccer has kept its tradition running, as both the boys (10-3, 9-3 Niagara Frontier League) and girls (8-2 NFL entering Monday) teams have put together strong falls.

Lew-Port boys soccer coach Rick Sweeney has seen his son Alastair's growth this season, as the junior has chipped in three goals. Alastair had his brightest moment on Oct. 16, when his deciding goal was the lone score in the Lancers' 1-0 win over Niagara Division champion Lockport.

"It's a unique opportunity that I don't take for granted, that much is for certain," Rick said. "I'm proud of how he's stepped up into a bigger role over the past two years, and how he's developed over the past several years as a player. It's a unique undertaking when you have your son on a team, or in class, and it's a special opportunity that not everybody gets to experience."

Rick has always emphasized enjoying the experience whenever his sons Alastair and Owen are involved, whether that's on the field or in one of his social studies courses. It's been a tug of war balancing that infusion of fun and being a little too hard on them at times.

Wearing two hats, Rick has towed that line. But he and Alastair have made sure to not lose sight of how meaningful these moments are.

"When it's all said and done we'll look back and reflect on it as being a unique time," Rick said. " ... And the fact that it's a team that really bonds together and has had some success, and to see him play a role in that ... it's enjoyable, it's satisfying. ... He's a quiet kid, but he's taken on a more assertive presence on the field. He does well in school, he's knocking it out of the park with grades and he's asserting himself as more and more of a player who finds a way to have an impact on the outcome in games as his soccer career goes on in high school."

Alastair shared how much fun it's been this season, adding that his dad has done well treating him like he was any other kid on the field. The junior said being coached by his dad is much like experiences with all his other soccer coaches, but jokingly Alastair said he's more willing to talk back to Rick from time to time.

In a battle of who was the toughest — dad, teacher, or coach — Alastair was quick to note Rick the teacher as the easiest to handle, adding that he didn't find his course to be difficult. However, there was a tie when it came to dad and coach.

"The other two, neither of them are that hard. They're probably comparable," Alastair said.

"I thought for sure he would've said coach," Rick said with a chuckle.

They both agreed that the physical components of soccer probably make Coach Rick the toughest of the bunch. But above all, Rick the dad was the one whose heartstrings were tugged at the most.

"The moments I like (are) when you're the fly on the wall and you walk down the hallway and you see him and his friends from 30 yards away in the cafeteria and he doesn't know it," Rick said. "And I wouldn't stop and look, but you just see him and you just see the smile and the interaction just that moment. Not much happened there but it's just nice and reassuring to see your kid that way. I think any parent, when they see their kid in those moments just being a kid and enjoying their youth, it's a satisfying thing."

One of Alastair's teammates has also been enjoying a successful season, as Jake Forney is closing out a stellar career as the Lancers' third-leading goal-scorer (4) this season. Although he hasn't played under his father at Lew-Port, Norm Forney has kept a close eye, leading the girls team as their head coach.

"I'm incredibly proud of my son, all he's accomplished in soccer and in life," Norm said. "He's just ... a good kid, he's respected by every adult that talks to me about him, it's really wonderful. I'm proud of all my kids, but my son especially. He's excelled at soccer since he was three."

Whether it was with club and premier teams, or with the U.S. Development Academy, Norm has seen Jake's soccer exploits first hand. Jake's left his mark at L-P, helping the Lancers win the 2018 Section VI Class A-2 championship and the 2019 NFL title as a first team All-NFL selection.

Norm described how fun it is to watch his son play, especially now that he's been playing with his friends at Lew-Port. For Jake, he's gotten just as much out of learning from another successful coach like his dad.

"We'd watch the (English) Premier League games on television, he'd be talking about how movements and stuff that people are doing," Jake said. "He's just helped me out, whether it was through film or through just giving me advice through life."

Norm has tried to be more of a fan of Jake's soccer career, as he hasn't coached his son since he was 8 years old. It's a route he wanted to switch up after coaching his daughter, Mia, for most of her soccer career until she graduated in 2018.

"That can be difficult at times. She was a good player to coach because she was always receptive," Norm said. "But it was really nice to be able to hand Jake off to qualified coaches and just watch him develop. So there was no pressure on my side to make sure that I was saying the right things or demonstrating the right things, I could just be a dad.

" ... The first thing that I'd say when he'd get in the car after practice or after a game, it didn't matter how old he was from 6 years old to 17, was 'how'd you play?' and 'did you have fun?' It's just refreshing to not have to worry about any of the other stuff. It's just fun to watch him develop a passion for the game and to share that passion with him, that's what's really special for me."

Another father-son tandem we've seen is Royalton-Hartland's head coach Greg Martillotta and his son, Peter, as they led the Rams to the Niagara-Orleans League title. Peter was a big part of that achievement, as the sophomore is the Rams' second-leading scorer with seven goals.

Greg has been coaching upPeter on the pitch since the latter's Lockport U7 days. That extra time with his child is exactly the way Greg wants things to be.

"Unfortunately he can't get away from me," Greg said jokingly. "Ten months of the year are with Lockport (travel teams) and then two months during the high school season I'm with him as well. But it's been fun, it's been an enjoyable year for many reasons and many players, including and rewarding Peter as well."

Like Sweeney, Greg has used a similar approach to coaching Peter on the field, which he says gets cut off the moment they drive home from practice. Peter has grown fond of it and he discussed what it's been like having played on the varsity under his dad the past two seasons.

"He's always guided me in the right direction. I've gotten used to it, it was weird at first," Peter said. "Combining being a dad and a coach for me, but it's been nice. He's always helping me get better, so he's been a little bit harder on me too."

Pointing out his dad's high knowledge of soccer, Peter shared how he tends to pick Greg's brain about the game. Even if his questions come during the random points of the day.

"We'll always talk. We'll game plan a lot just randomly throughout the day," Peter said. "He'll ask me questions about how I feel about the team and I'll ask him the same. And it's nice just being able to talk to him all the time and him helping me out too, so yeah (it's) nice."