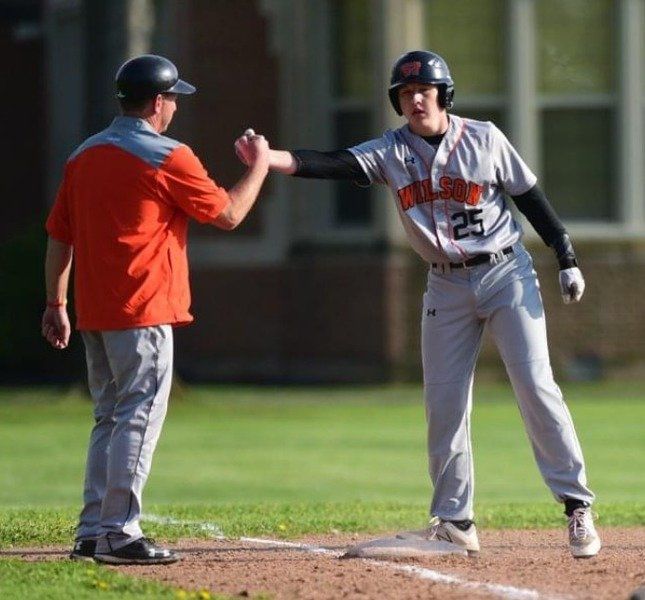 Contributed PhotoWilson's Patrick Seeley bumps fists with a coach after reaching third base during a game in 2019, his junior season. 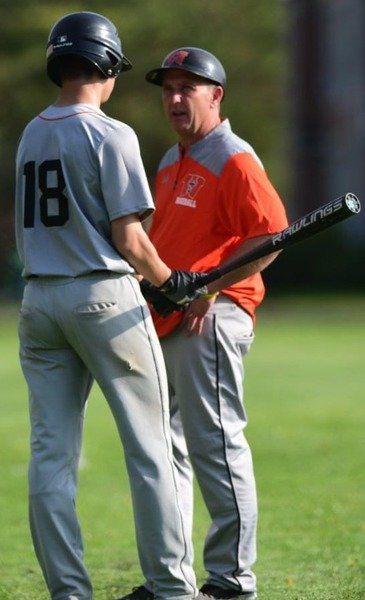 Contributed PhotoWilson's Thomas Baia (18) chats with a coach before hitting during a game last spring as a junior. 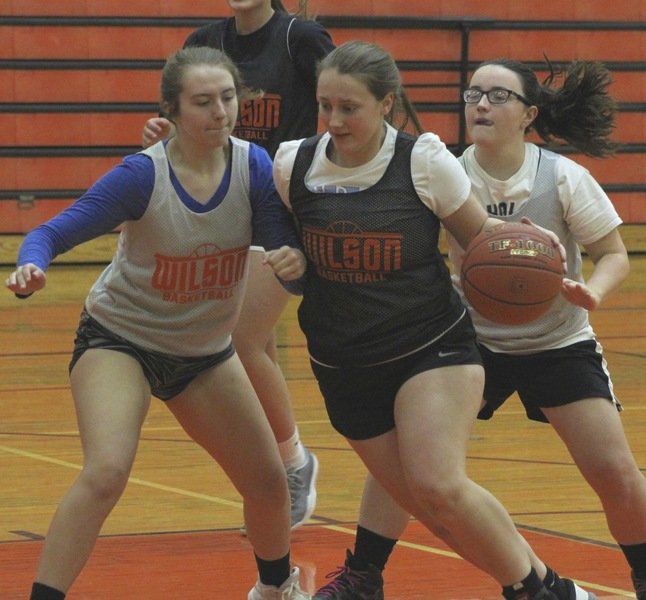 Wynston Wilcox/staffIn this Feb. 20, 2019 file photo, Wilson junior Anna Frerichs dribbles past two teammates during a practice ahead of sectionals. Frerichs was set to lead the Wilson softball team as a senior this spring.

Contributed PhotoWilson's Patrick Seeley bumps fists with a coach after reaching third base during a game in 2019, his junior season.

Contributed PhotoWilson's Thomas Baia (18) chats with a coach before hitting during a game last spring as a junior.

Wynston Wilcox/staffIn this Feb. 20, 2019 file photo, Wilson junior Anna Frerichs dribbles past two teammates during a practice ahead of sectionals. Frerichs was set to lead the Wilson softball team as a senior this spring.

It was shaping up to be an exciting spring on the diamonds in Wilson.

A strong senior class with years of accolades across all sorts of sports was going to have one final shot playing baseball and softball. Juniors would make the leap from talented youngsters to everyday players, and new up-and-comers would step into their sports, trying to break through at the varsity level.

Instead, COVID-19 came and caused the cancelation of spring sports.

Let's take a look at what the Wilson baseball and softball teams would have looked like in a normal year:

Bobby Atlas, Declan Faery, Thomas Baia and Patrick Seeley have starred for Wilson across multiple sports, football for the first three and golf for Seeley. This was going to be their last chance to lace 'em up wearing the orange and white.

"They're all kids who knew how to win," Kurtz said. "Great team guys, good leaders.

"I kept telling them my first week of practice was probably the best week I ever had of practice. They're leaders who lead by example more than they are vocal but they get the other guys to listen to them."

That week of practice was as exciting as any in Kurtz's 11 seasons thanks to the districts shiny new turf football field, which allowed the baseball team to get outside in March.

"We were outside on our second day of practice," Kurtz said. "We've never been able to do anything like that. It was great."

Atlas, quarterback of the varsity football team under his father, Bill, in the fall, was set to shift from second base to shortstop while batting near the top of the order. He's committed to play football in the fall at Division III Hartwick College in Oneonta.

"'He got a lot bigger and stronger than he was last year. It was looking like he was gonna have a pretty good year," Kurtz said.

Faery, the GNN Sports football player of the year, would have been an intimidating presence on the mound, his defensive end frame staring down at opposing hitters. When not on the bump, Faery would have played first base and batted in the heart of the order. He'll continue his football career at D-3 St. John Fisher.

"He's a big strong kid," Kurtz said. "He plays a great first base and he's a lefty with a pretty big stick.

"I think this year he would have had a pretty good year at the plate. Last year was his first year of varsity, and there's always a little learning curve. This year, he was looking really good."

Baia, a tight end, defensive back and clutch kicker in football, was slotted at the hot corner in his third varsity season. He hit almost .300 as a junior, and Kurtz expected him to hit that mark this year. He also would have seen some time on the mound. He's headed to St. Bonaventure to study communications.

Seeley also came up as a sophomore, when he broke through as a designated hitter. Last season he started playing some catcher while batting cleanup, and this spring he was set to replace the graduated Steve Frerichs behind the dish. He'll join Baia at St. Bonaventure, where he'll take business classes.

"There were a lot of bus rides with him for golf and baseball," said Kurtz, who coached Seeley in both. "You get to know each other pretty well. He's another kid a great leader, maybe a little more vocal."

More football players, Julian Andreola, Brayden Dunlap and Zane Feeley, made up the senior class, adding athleticism and depth to the program.

Andreola, who is going to try to play football with Faery at St. John Fisher, and Dunlap would have played most inning in the outfield, bringing speed defensively and on the basepaths. Feeley would have filled in on the infield.

All three decided to go out for baseball again as seniors after not playing in some time.

"You love those kinds of kids," Kurtz said of he new athletes. "They give you something every game."

Junior Anthony Dispenza would have paired with with Faery as the Lakemen's top two starters on the hill. He also would have played in the outfield, where his arm remained a weapon.

"He was our No. 2 last year," Kurtz said. "He throws hard. I would have liked to have seen where he would have got this year."

Mike Miller, another junior, played last year in the outfield. He brought "a good stick," Kurtz said. "He struggled some last year as a sophomore, but he played a lot of summer ball. I was looking for good things out of him."

"He's another guy who played a lot of summer ball," Kurtz said. "I dunno where he would have fit in, but I think he would have started. It would have been interesting to see him match up with some of these other teams."

Daniel Lucinski started teaching and coaching at Wilson four years ago, and he'd been looking forward to this season ever since.

"We were looking at, for the first time since I got to Wilson, we were senior-junior heavy and I had four seniors that I relied on, two of which were playing varsity since ninth grade," said Lucinski, in his second year as varsity softball head coach after two years leading JV.

Anna Frerichs, a standout basketball player as well the past few years, and Emily Muoio had been there with Lucinski the whole way, as had a junior class of eight or nine.

Frerichs would have been Wilson's "workhorse" in the circle for a third straight season. She's headed to D-3 Houghton College, where she'll keep playing.

Muoio had actually played varsity since eighth grade. She was set to play shortstop one final season before moving on to play at D-3 Oswego.

Outfielders Trisha Manchester and Emaleigh Herlan, who is going to study at St. Bonaventure, rounded out the senior class, battling for a starting position in spring.

That quartet, paired with a deep group of juniors, had Lucinski excited.

"This has been a group I've had for a while now," Lucinski said. "I was super excited to see what they could do. For this year to be really cut short is tough."

Catcher Julia Faery, back after starting as a sophomore, and third baseman Maddy Seeley were among those juniors Lucinski was eager to see.

"We brought back the entire infield, 2 of 3 outfielders and a catcher. To not be able to go with that group was very disheartening," Lucinski said.