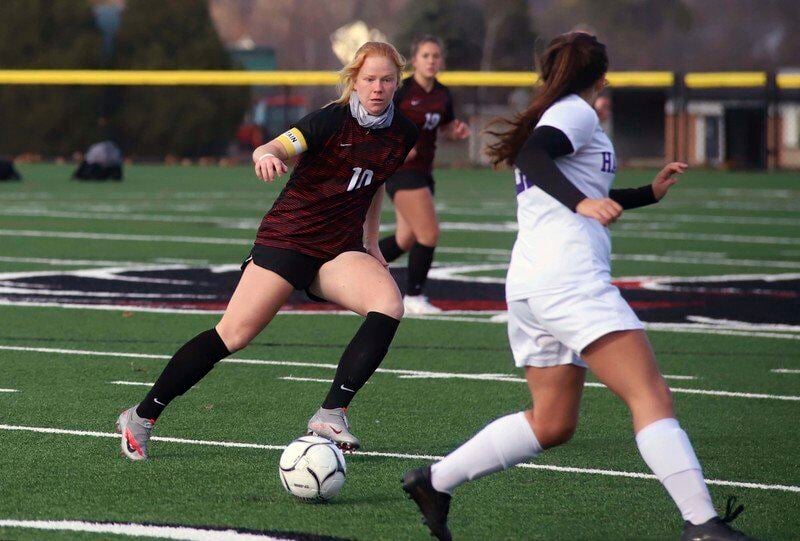 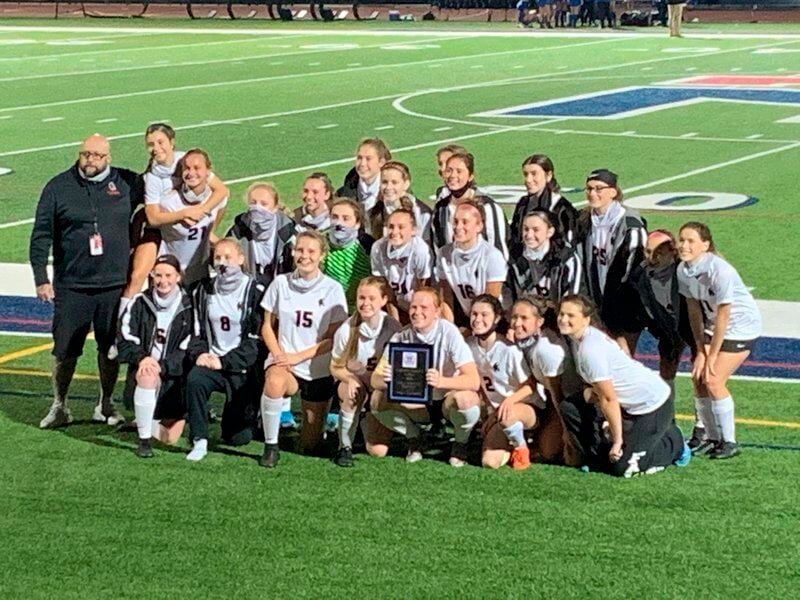 The Niagara Wheatfield girls soccer team poses after winning the Section VI Class A-1 championship Saturday with a 2-0 home victory over Hamburg.

The Niagara Wheatfield girls soccer team poses after winning the Section VI Class A-1 championship Saturday with a 2-0 home victory over Hamburg.

After a physical, scoreless battle during the first half, No. 2 seed Niagara Wheatfield girls soccer scored two second-half goals to take a 2-0 win over No. 4 Hamburg (11-5-2) in the Class A-1 championship game at Niagara Wheatfield High School. After several title game berths in recent years, NW (13-1) has won a Section VI championship during head coach Jim Blankenship's second season at the helm.

Seeing both ends of the Lady Falcons' spectrum, senior co-captain Weir and eighth-grader Marisa Rickard were the difference with their respective goals after the break.

Blankenship said the girls' tenaciousness, will and relentlessness were all key in getting the win. At halftime, the second-year head man told the group to not let the physicality of the game get in their heads so they could play their game, pass and move, and make things happen they way they have most of the season.

Securing a Niagara Frontier League title and a Section VI championship this fall, Blankenship spoke on what the 2020 Lady Falcons mean to him.

"To see them get the goals that we set early on in the season ... it's every coach's dream I guess you could say," Blankenship said. "I'm happy for them. I can't be any prouder of than any of them (over) all of them, I mean, they all worked hard. Off the bench, starters, practice, it's awesome for them."

Blankenship also shared how proud and happy he was for the senior class, of which Weir has always been the standout. The fifth-year varsity member got to close out her career on the right foot.

A two-time All-Western New Yorker, NFL player of the year and a soon-to-be four-time first team All-NFL pick, Weir was ecstatic about the win and scoring in her final varsity game, but she was even more thankful to even have this opportunity this fall.

Now that her NW soccer career is behind her, Weir was able to reflect on donning the black and red.

"My Wheatfield team, we're not just a team, we're a family," Weir said. "We're with each other on and off the field, we're very supportive and encouraging of each other. And I think that goes a long way. Without the endless encouragement and support from players and our coach, the job wouldn't have gotten done today.

Weir added: " ... I couldn't have asked for a better senior year with an NFL win, with a sectional win. I'm kind of bummed that it can't go any further, but a win is a win and we'll take it to end on a win."