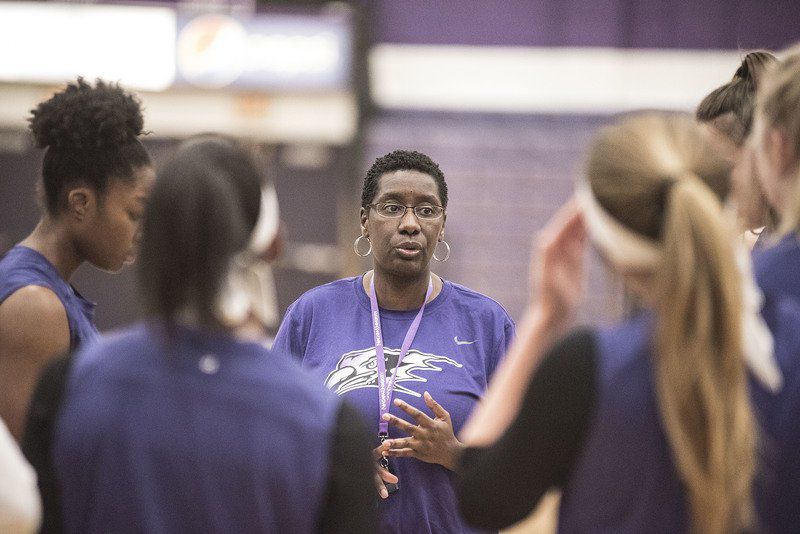 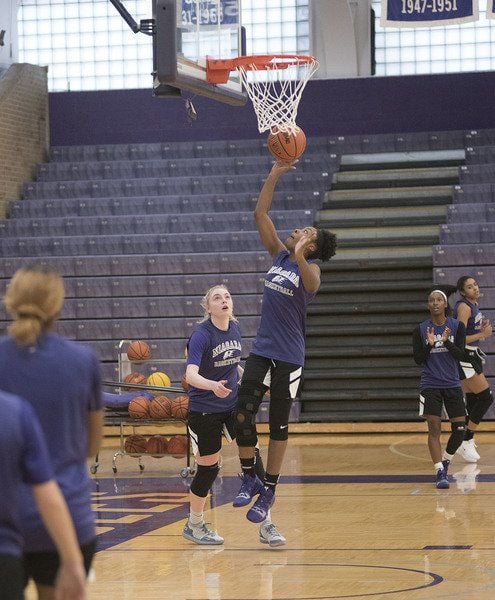 Both Niagara teams enter the season filling some huge shoes, including those of a Metro Atlantic Athletic Conference Player of the Year. For the women much more than the men, that means a change in identity.

The Purple Eagles have played through the paint during their first three years under head coach Jada Pierce, thanks in large part to the presence of Victoria Rampado, the 2017-18 MAAC Player of the Year and Niagara's all-time leading scorer, and Kaylee Stroemple. Those two are gone, and Pierce is installing a much more wide-open system heading into her fourth season on Monteagle Ridge.

"We ran the offense that we ran before because it was conducive for Kaylee and Victoria," Pierce said. "You're a fool to run a dribble-drive or something else that doesn't get them the ball every time down the floor."

This year, Pierce will put the ball in the hands of junior guards Maggie McIntyre and Jai Moore, both of whom have played increasing roles since their freshman season. Pierce said the Purple Eagles are going to push the pace at every opportunity.

"It's very different than I've ever played, even as an assistant," Pierce said, "but I see the athletes that we have and we're pretty fast, it's like, why slow them down?"

Moore is Niagara's top returning scorer, averaging 10.3 points per game as a sophomore. The bouncy Brooklynite, a specialist in scoring off the dribble, could thrive in the new system.

She was voted third team All-MAAC and first team All-Big 4 this preseason.

"It definitely fits the Brooklyn game," Moore said. "We're very excited, everyone's on board. We're ready to see what it's going to look like Tuesday."

McIntyre, meanwhile, started 28 of 31 games last season and had the most minutes played of Niagara's returnees. The 5-foot point guard averaged 5.8 points while dishing more than two assists per turnover.

At 5-8 with the ability to defend both guards and forwards, Bryant keys things on the defensive end. She and McIntyre were both voted preseason second team All-Big 4.

Davidsdottir, meanwhile, is the Purple Eagles' X-factor. The 6-1 Icelandic forward played only eight games last year before a back injury ended her season. She was awarded a medical redshirt by the NCAA.

Pierce, who has raved about Davidsdottir's potential since her freshman season, is excited to finally see her in a big role.

"We saw the glimpses," Pierce said. "She had some really good games during her freshman year when we were able to throw her out there."

"Dagny's definitely going to turn a couple heads," Moore added. "She brings a very unique and different style. Even when we're going live up and down (in practice), a lot of things she does ... she moves very gracefully. It's like she's dancing on the floor."

Senior forward Adila Gathers, the Buffalo native, will round out the starting five, Pierce said.

The Niagara women host the Bonnies at 7 p.m. Tuesday at the Gallagher Center. They then travel to Ames, Iowa to take on Iowa State in a 1 p.m. game Friday to open the Women's NIT.