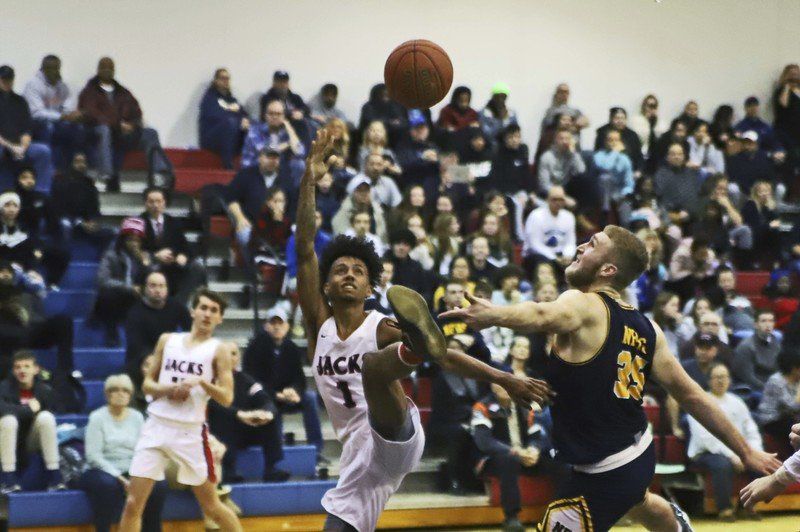 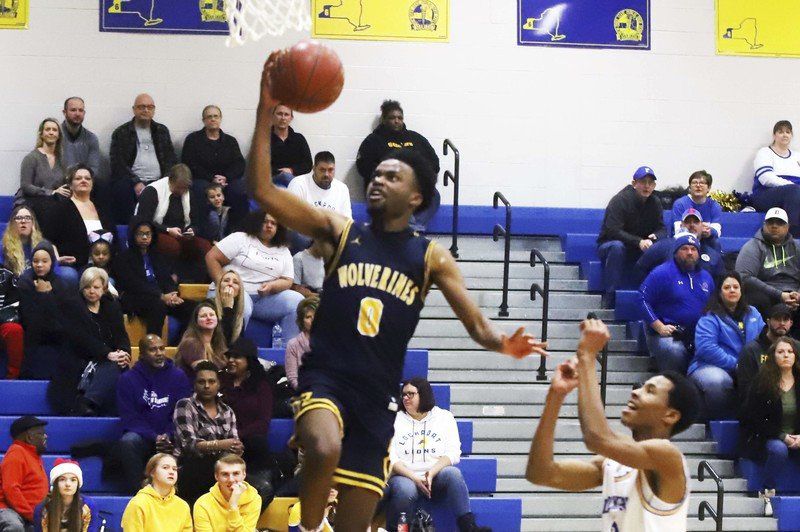 Paul Battson/ContributorNiagara Falls' Aarien Robinson goes up with the ball in the Wolverines' December, 14, 2019 game against Lockport Lions at Lockport High School.

Paul Battson/ContributorNiagara Falls' Aarien Robinson goes up with the ball in the Wolverines' December, 14, 2019 game against Lockport Lions at Lockport High School.

Alrighty basketball fans, day two of the Niagara Frontier League vs Erie County Interscholastic Conference Challenge is here and these matchups might be the most intriguing of them all. The first game of the day is between Kenmore West and Williamsville East, meaning just two of the three games feature two of our coverage area schools.

Here's a look at two of the NFL's best with North Tonawanda and Niagara Falls taking the court in the challenge at Depew High School.

The Lumberjacks (5-1) have been as tough as anyone in the NFL, with their lone loss coming at the hands of Niagara Falls on Dec. 17. NT can really get things going on the offensive end, scoring over 70 points on four occasions and averaging 74.2 points per game for the season.

The Jacks' offense is so explosive because of it's versatility. Six players have scored in double figures in a game this year, including Dante Moultrie, Luke Granto, Noah Fox, Tyler Macneil, and the Cutter brothers, Cameron and Jordan. Granto, Moultrie and Jordan Cutter have all taken over games with individual 20-point performances.

Clarence (4-3) comes into this one having knocked off Lockport in an overtime win during its host holiday tournament on Dec. 28. The player to watch for the Red Devils will be junior swingman Zach Ianello, who has given Clarence a scoring punch all season.

The guard/forward played well in the Devils' holiday tourney, averaging 22 points per game in the two-day showcase while taking on the Lions and South Park. Ianello should see a committee of contributors adding to the offensive load, with guys like big man Jake Chenevert, Cole Harris, JD Brooks, and Colin Hand.

NT's key in this game has to be holding Clarence under its magic number of 60 — in four wins this season, the Red Devils have cracked the 60-point mark in all of those contests. In their three losses, however, Clarence was held under the 60-point threshold on all said occasions.

This heavyweight battle has all the makings of a potential Class AA title game preview. The Wolverines (6-2) are back doing what they do, as the team has gelled quickly since Brent Gadacz's promotion into the head coaching role.

Jaemon "Mookie" Turner has been one of the best guards in Western New York, prolifically scoring at 20 points per tilt. Taylor Sanders has been a consistent scoring threat for the Wolverines too, notching double-digit scoring games in all but two of team's games thus far.

To get to where it wants to go this year, the Falls will need to see Bryce Smith continuing to bloom. The Elmira High School transfer has been finding his footing as the season has come along, scoring in double figures in five of the last six games, including a season-high 20 points in the Falls' most recent game against Bishop Kearney on Dec. 21.

Aarien Robinson will look to keep things going as well, with the junior guard netting 14 points and knocking down four treys in the Kearney game.

Jamestown (5-3) started out the season at 5-1, but has lost two-consecutive games to Health Sciences and West Seneca East. With only two seniors on the roster, this inconsistency should be expected from the Red Raiders' young bunch.

What Jamestown can hang its hat on is having one of the deepest offensive units in WNY, rostering four players who have all had 20-point games this season. That list includes Elijah Rojas, Demarri Jones, Simeon Leeper, and Trey Drake.

Having Tyler Swegles and Jaral Farmer, at 6-foot-8 and 6-foot-7 respectively, could help too, since these two bigs have the size to compete with Gadacz's big lineup with Smith and senior captain Joey Palka at the four and five spots.

The key matchup here will be how two of the area's best point guards handle this duel. Turner's defense could be tested by Drake, as the star freshman will look to wipe away thoughts of having just nine combined points in the last two games, after a season-high 26 points on Dec. 21.

For more from sport reporter Khari Demos, follow him on Twitter @riri_demos. Also, tune in to Khari as a guest on Tony Caligiuri's 'Inside High School Sports,' 10 a.m. Saturdays on WGR 550.