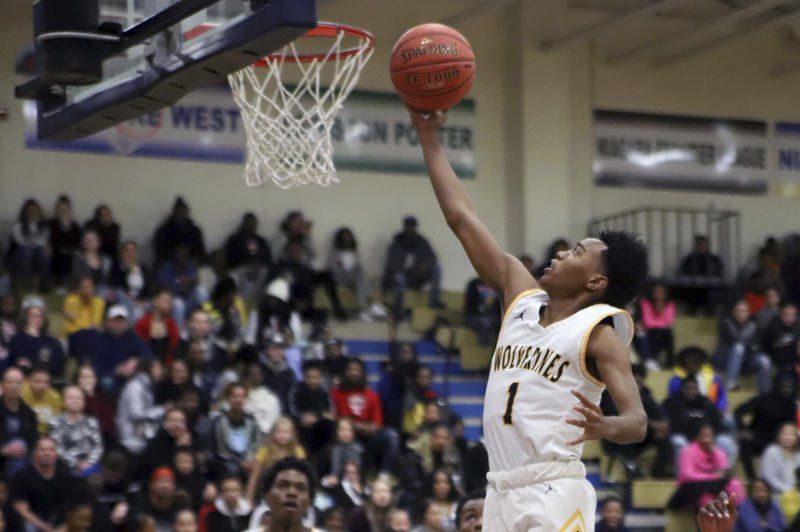 Jaemon "Mookie" Turner puts the ball up in his 39-point outing in Saturday night's 71-38 win over Cardinal O'Hara in the Cataract City Classic at Niagara Falls High School. 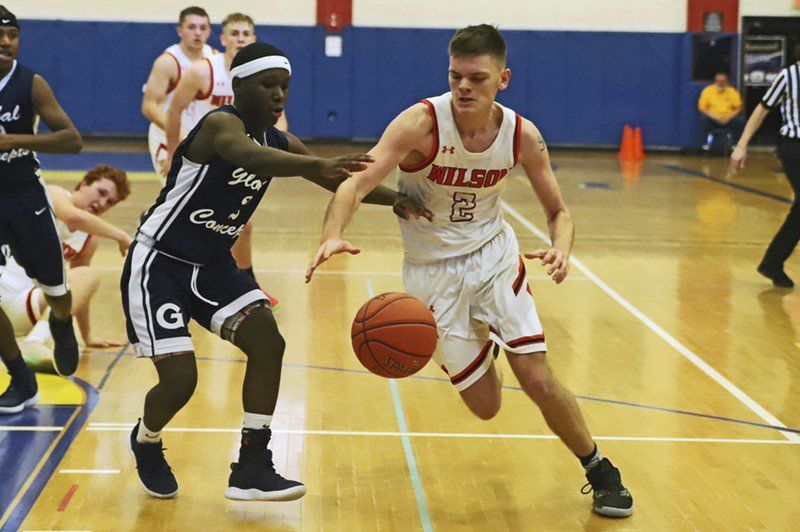 Jaemon "Mookie" Turner puts the ball up in his 39-point outing in Saturday night's 71-38 win over Cardinal O'Hara in the Cataract City Classic at Niagara Falls High School.

NIAGARA FALLS — It's Mookie's world, other kids just play in it.

Jaemon "Mookie" Turner had a performance for the ages, netting a career-high 39 points in Niagara Falls' 71-38 win over Cardinal O'Hara in the final game of the 20th annual Cataract City Classic on Saturday at Niagara Falls High School. Turner's 39 points are the second-highest total for a single player in the tournament's 20-year history.

Following Friday night's disappointing defeat to Amherst, the Wolverines (1-1) got off to a slow start by falling behind 24-22 at the half. Then it was Mookie time; Turner would go on a rampant run, scorching the Hawks with a 20-point third quarter. The senior point guard outscored O'Hara (0-1) singlehandedly, knocking down six 3-pointers in the virtuoso performance.

Through two games, Turner's scoring average is at 30.5.

Wolverines head coach Brent Gadacz thought his team responded well from the opening-night loss, besting itself in the second half Saturday with better shot selection, patience and ball movement. He also talked about how switching to a full-court press opened things up, which led to the team outscoring the Hawks 49-14 in the second half.

Gadacz mentioned in the Falls' team preview how some in Western New York are still unaware of how good his point guard is, but none should be sleeping on him now. He was impressed by how well Turner played, but what stood out to Gadacz was he couldn't think of a bad shot Turner put up.

Turner's play was infectious, which led to his teammates sharing all the fun with the offense. Taylor Sanders added eight points and Bryce Smith came off the bench with seven points. Sanders did leave the game with an eye injury, but Gadacz said it was non-significant.

"When we're unselfish like we were, and it just so happened that Mookie was the guy that was at the end of our unselfishness," Gadacz said. "I think that's how good we can be, I really do, and credit to all our guys for finding him. They know, if we run our stuff and free our guys up like we're capable of, it can happen for anybody. But Mookie's tough.

"They missed him on All-Western New York last year, I'm gonna say that too."

For those still sleeping on Turner and his game though, he had a message to share.

"They gon' try to ride the wave now," Turner said. "They can stay where they at."

Gadacz made sure to point out that this is a team coming together in its first year. He shared that things will continue to grow as the season plays out, simply because he knows that the team will keep working.

"We always need to work on something," Gadacz said. "And we're going to continue to work on everything."

Turner's 39-point night spoiled a homecoming for O'Hara senior Avion Harris, a Niagara Falls native and senior captain on the Hawks who was held scoreless in the win.

The Lakemen were able to snag their first win of 2019-20, upending the Gators, 62-46, in the first game of the Cataract Classic's second day. Wilson (1-2) got back on track, following two losses to Niagara Wheatfield and Starpoint to open the year.

Not to be confused with the two-time NBA Champion, Mike Miller was the Wilson hero Saturday, pouring in a season-high 20 points and knocking down four 3-pointers. Team captain Alex Martinez also had a solid outing, finishing with 13 points in the win.

Global Concepts (1-4) continues to struggle, but they were led offensively by Lavardi Mance's 20-point effort, all of which coming in the second half.

Wilson head coach Brett Sippel emphasized how important the defensive pressure was for the team, enabled by a trapping zone that forced the Gators into several turnovers early. Sippel felt it was the team's best defensive showing of the season and he had reason to believe so — the Lakemen gave up just 12 points in the first half, including a five-point second quarter for GC.

Sippel acknowledge that scoring the ball has been a struggle for the team thus far, which is why he was enthused to see the squad turn defense into offense in transition. He believes that the defensive end will be where his team needs to hang its hat to be successful.

"We're definitely gonna have to. If we're gonna be competitive we're gonna have to play defense every single night, very consistently," Sippel said. "And tonight was the first time we've really done that continually for a whole game."

With a week to prepare for Wilson's own Tip-Off Tournament, Sippel thinks this win can help propel the team as they move on. One thing he will lean on is having such a heavy rotation, with him sharing that he doesn't feel too much of a drop off from his top player to his 11th man. Having eight seniors back should bring some leadership for the squad, despite most of the group playing in different roles from last season.

For the sharpshooting Miller, he was also a fan of how the team's defense translated to the offense. He made a point to highlight their energy as well and he applauded the reserves like Ben Mahar (11 points) for their contributions. A tough Niagara-Orleans league ahead, Miller just wants to see progression during the season.

"We've got a lot of good teams in our league like Newfane and Medina," Miller said. "But we're gonna just have to keep working hard and getting better every practice."

For more from sports reporter Khari Demos, follow him on Twitter @riri_demos. Also, tune in to Khari as a guest on Tony Caligiuri's 'Inside High School Sports,' 10 a.m. Saturdays on WGR 550.