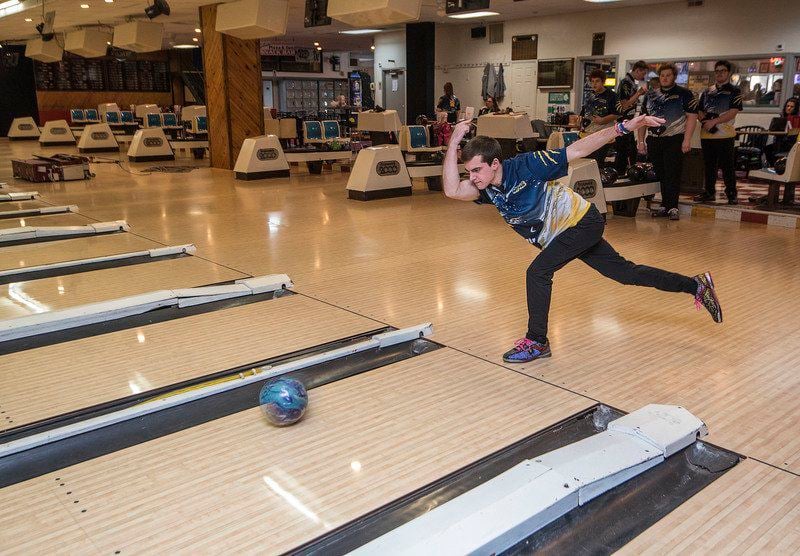 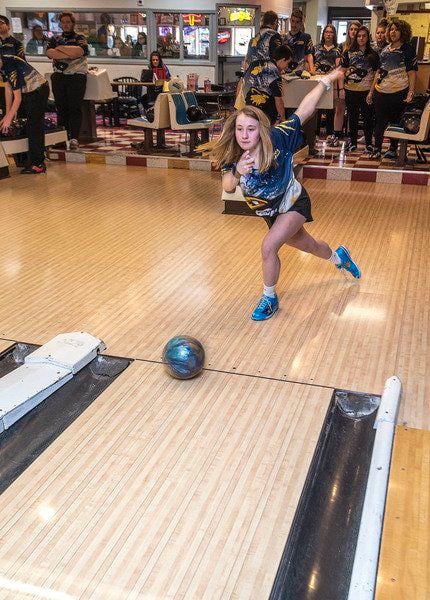 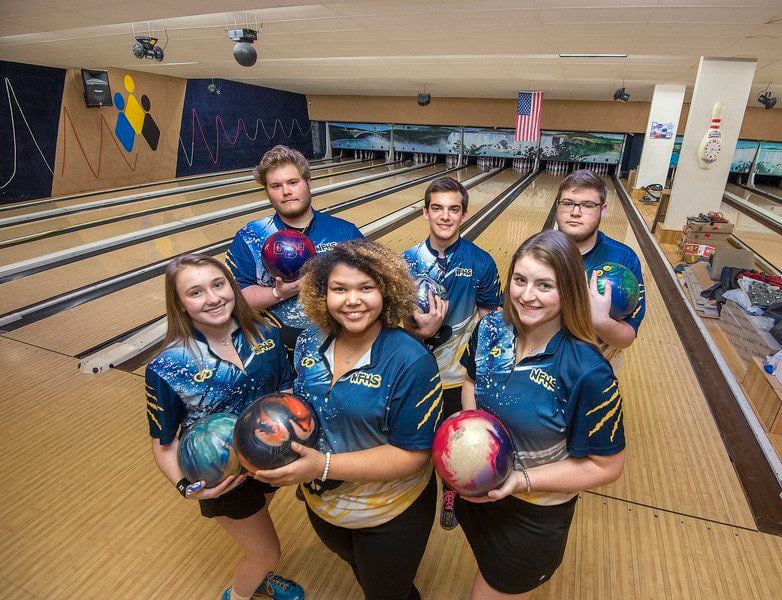 NIAGARA FALLS — Year in and year out, when winter sports roll around the calendar at Niagara Falls High School, the first sport many people think of is basketball. But don't let the school's hoops success distract you from its teams dominating on a different kind of hardwood.

The Niagara Falls boys and girls bowling teams are, once again, rolling into the Section VI tournament following successful 2019-20 regular seasons. The boys team won its fourth straight Niagara Frontier League title with a 13-1 campaign. The Wolverines came up just short of a third consecutive undefeated season, dropping their regular-season finale to Lockport, 4-3. The loss was just the team’s second in four years.

The girls team, once again, ran the table in the NFL, repeating as league champs.

The two teams have had under-the-radar success since the opening of the new NFHS in 2000. This season gave the programs' their 17th and 18th NFL titles since the Porter Road campus was opened. In 20 years, the girls have won seven NFL crowns while the boys have amassed 11.

Coach Patti Gabriele, in her second year, has seen the success of the program, not just as the head honcho of the bunch, but as a parent, as her daughter, Angela, was on the squad until graduation in 2016. Patti and Angela both won state titles with the Wolverines, Patti in 1990 and Angela in 2012. Following this season, Coach Gabriele will say goodbye to several seniors who she’s watched for years, making this season even more meaningful.

“This year is bittersweet. I’m losing a lot of kids that I’ve watched over six years bowling, because I’ve been here with my own. Losing them is like losing a part of a family. These kids together are really together like one big family,” Gabriele said.

Between both teams, there are seven seniors who will depart in June. On the boys side are two of its top four scorers by average, Sam Moreno (210.7) and Trevor McKee (201.7).

Additionally, for the boys, junior Brian Templeton owns the highest average in Section VI with a 221.6; Cameron Shelton averages just over 201 as a sophomore; Marc D’Amico, Trevor Klinger and Aidan Strack all post averages over 190; and Andrew Cantlon, Bryce Rodgers, Zachary Wayda and Shawn Hall round out the deep and stellar squad.

On the girls side, the seniors include Mckenzie Gilmore and Angel Hoy, who lead the team in average. Gilmore, the two-time Niagara Gazette Player of the Year, averages a 194 while Hoy manages a 189.2. Additional seniors include Autumn Hall, Alissa Cessna and Hayley Rosa. Cessna averages just above a 173 and posted a high game of 236 this season. The rest of the girls team includes Alayna Hoy, Maryann Gray, Bryanna McKee and Carly Washcalus, who averages a 185.2 as a junior.

Gabriele added that the seniors will definitely be missed, but the teams have worked together as a whole to get to where they need to be.

As stated, NFHS basketball gets a lot of attention throughout the Cataract City, with bowling sometimes being overlooked. Having a stellar program year in and year out isn’t just something that’s handed out, and Gabriele said her players have worked hard with their families over the years to get where they are.

“Their families bowl. It’s been a family sport. They can relate because they’ve grown up around it,” Gabriele said. “So it’s something that their parents have taken them out to do together as a family, and the kids have grown to love it and continue on to compete with it.”

Out of everything the Wolverines can do on the lanes, Gabriele said one of the things that stands out most about her group is its success away from the bowling alley, as well as the its togetherness and always upbeat emotions.

“They are great kids. They are scholar-athletes. I have a lot of kids with 90-plus averages. They work hard for what they do. And you would never expect when you come to a bowling match that there would be so much cheering and yelling, but these kids make sure everyone knows they’re there,” she said.

The girls squad was the last to hoist a Section VI title in 2014, while the boys last accomplished the feat in 2011. To finish the season with a sectional title would be a great addition to the team’s vast accomplishments, Gabriele said.

“We would love that. They definitely deserve it. They’ve worked hard all year and that’s where we’re heading next, so only time will tell,” Gabriele said.

The Wolverines take on the section over the next two days at Airport Lanes in Cheektowaga. The boys bowl at 9 a.m. today and the girls follow at the same time Thursday.