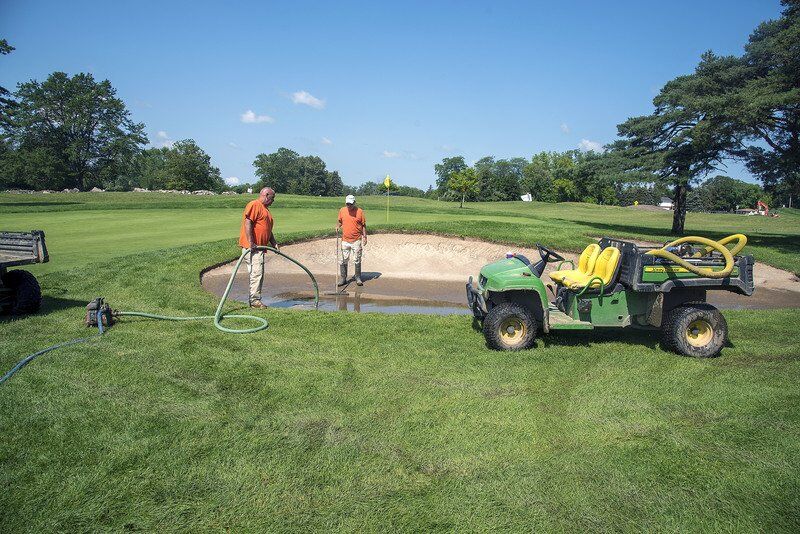 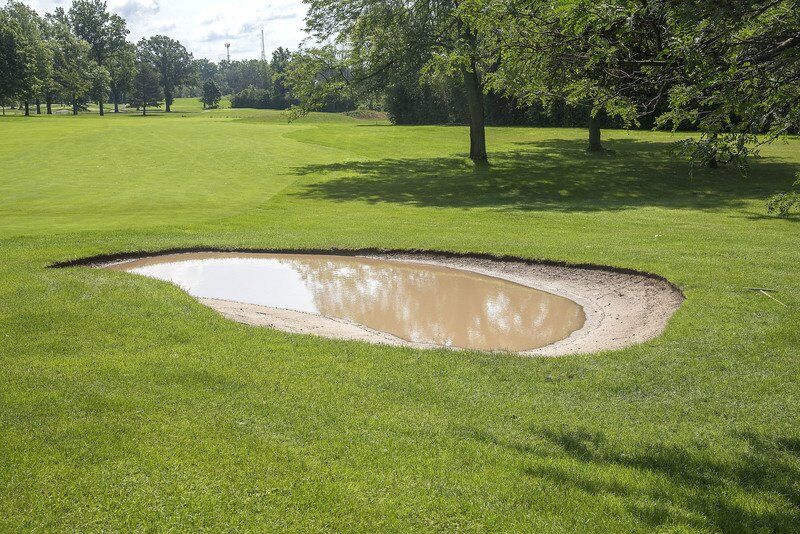 The start of the 62nd Porter Cup, scheduled for Wednesday, was delayed a day because of flooding and damage cleanup from Tuesday's storm.

The start of the 62nd Porter Cup, scheduled for Wednesday, was delayed a day because of flooding and damage cleanup from Tuesday's storm.

The wait for the 62nd Porter Cup is finally — hopefully — over.

Niagara Falls Country Club's historic amateur golf tournament, which was canceled last summer due to the COVID-19 pandemic, will make its second attempt at an opening round today after Wednesday was wiped out by the storms that rolled through and flooded much of Niagara County on Tuesday evening.

The deluge caused the creek that runs through the NFCC to flood and turned many of the course's 90-plus bunkers into pools. The grounds crew worked all day Wednesday pumping water from bunkers and replacing sand in an effort to make the course ready for today.

The NFCC clubhouse and locker room both flooded, and Tuesday night's players dinner was held partially in the dark due to a power outage, according to Michael Vitch, one of four tournament directors.

"(The creek is) higher than we've ever seen it," Vitch said in a video interview produced and shared by Bob Koshinski of All Services WNY. "... We've added a lot of drainage in the last few years. We've done a lot of work on the bunkers and green complexes and (the course) is fairing very well."

Today's opening round is scheduled to tee off at 11 a.m., three hours later than usual to leave as much time for drying as possible.

Organizers made the decision to play out all four 18-hole rounds of the tournament despite the delay. The first will be held today, while rounds two and three will take place Friday. Both will be played off split tees, some groups teeing off on No. 1 and others on No. 10. Round two will start at 8 a.m. while round three will follow around 1 p.m.

The final round will be held as orginally scheduled Saturday, with play starting at 8 a.m. and the lead group teeing off around noon.

As of Wednesday night, the forecast at Weather.com projects dry conditions until Saturday evening. If that should change, Vitch said he's confident the course will be fine.

"I would not like any more rain and let's hope we don;t have any more, but I think we'll be in good shape," he said. "That was a very, very unique storm. In my life, I don't recall very many like that."

Reichert gets off the schneid with Porter Cup win

Nearly everyone at Niagara Falls Country Club was rooting for Ben Reichert on Saturday. Mother Nature and the golf gods included.