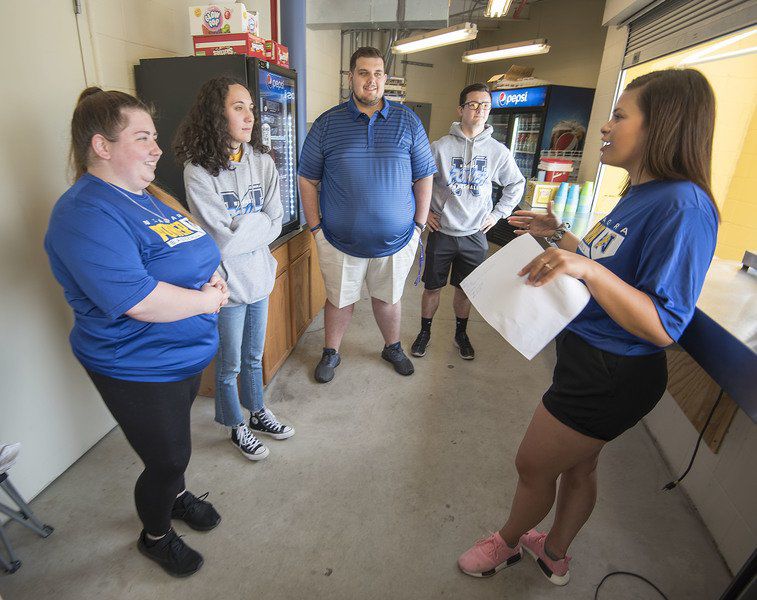 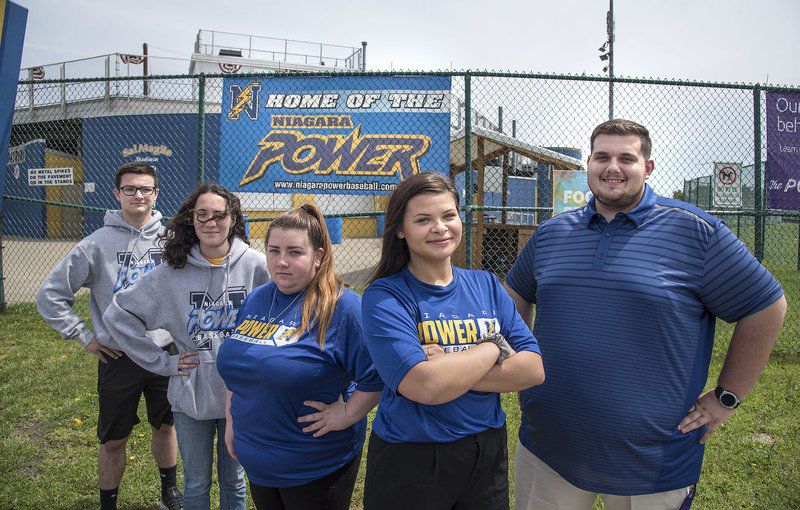 NIAGARA FALLS — The Niagara Power are more than just a team for Justina Conti.

Having been a fan of the team growing up and rooting on her brother, John, who played for the team in 2015, it feels like the Power mean that much more to Conti.

"(Growing up) me and my friends would be like 'oh we're gonna go to a Power game tonight," Conti said.

"And this was even before my brother played. We'd come out like Friday nights ... to now seeing kids doing that. Seeing kids have their parents come and drop them off or coming with them. This is the highlight of their weekend coming to a game. It's kind of full circle that I came here looking for a fun time wanting to get involved almost, kind of seeing myself working in sports. Seeing people that go to Niagara working for the team. Thinking 'oh it'd be so cool to have a job like this,' to now actually having a job like this."

The Niagara Falls native is no stranger to working within the Power's staff. Last summer, she served as the team's head of marketing and promotions. Having worked with the Niagara University basketball and hockey teams as a marketing & promotions intern and now being elevated to Director of Game Day Operations, Conti has been able to gain valuable experience in several roles.

"I really liked the marketing and promotions aspect of it, just because that's what I do with Niagara athletics," Conti said.

"It wasn't like anything foreign to me. So I came in here and was able to work with Dr. (Patrick) Tutka, and everyone else, and try to figure out exactly what I wanted to do with it that year. Now it's a whole different perspective ... not manage it, but kind of oversee it. And make sure everyone under there is good. That they have all that they need to help them with what they need that day ... it's nice that we can work together and have different aspects within it and help where we really need help."

Conti is overseeing a staff of 15 NU students this year, in comparison to last summer's group of 25. Along with Conti, some local staff members include Lauren Templin, Anthony Roulley, Dan Richeal and Chelsea D'Antuono.

All of the students are taking on the College of Hospitality and Tourism Management which is under Niagara's Sport Management program. As Tutka's "right hand" as the top intern this summer, Conti knows her plate is full. But she is enamored by the opportunity and knows Tutka's tutelage will help her and the staff thrive.

The Power still have an entire summer to be played and there's some big plans in store to keep the fans engaged. Last year, the team held dance-offs, musical chair competitions and mascot races as just some of the game day promotional tools to develop that rapport with the WNY faithful. This time around, however, there may been even more in store and includes some community outreach efforts like working with local schools, non-profit organizations, the Police Athletic League and holding a baseball camp for disadvantaged families.

"I think it's big because they're the reason why we're back," Conti said.

"If people didn't want the Power back, it wouldn't have come. So with the reputation it had before and the reputation we're building of it now, is only going to keep growing stronger and stronger. So we need the people from the communities to want to come to games ... and for players to want to come back or for players to even come and play here because they got the experience playing for another team here ... being able to have our tickets (priced at) anyone 12 and under gets in for free. I think that's something big and all of our tickets range from $4 to $6 where, for the community we're in, that's what we need to do ... last year we had some big crowds for bigger games and we have teams in the league now that have never come here. So those are some things that are really hyped up for the fans that have been coming here since it was the Rapids or since it was the old Power."

Ruth E. DeVantier, of the Town of Cambria, NY, passed away on Sunday, February 16, 2020, in Our Lady of Peace Nursing Facility. She was born in the Town of Wheatfield, NY, on November 4, 1929, the daughter of the late William and Louise [Broecker] Mueller. Ruth was a Tupperware dealer for ov…