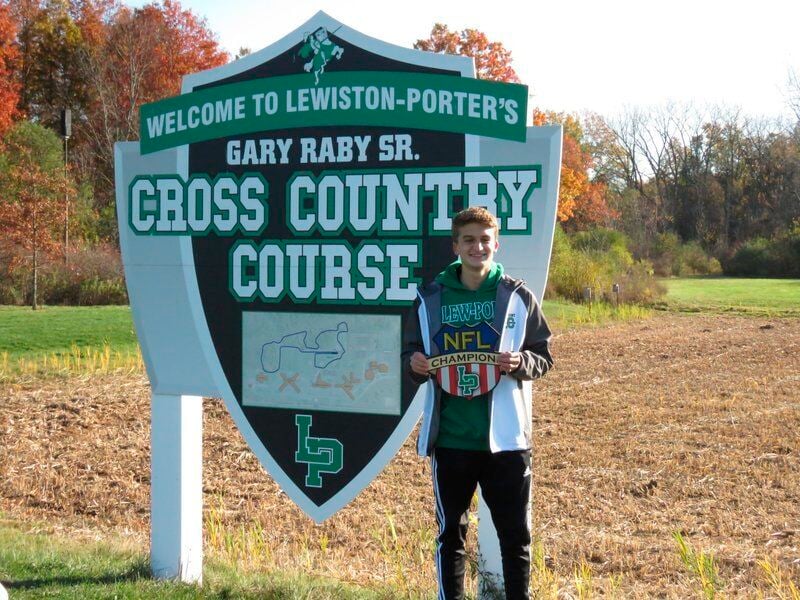 Lewiston-Porter's Justin Pavan poses as the NFL individual champion, Saturday at his own Lew-Port High School. Pavan's 16:17.2 time was nearly 40 seconds ahead of the second-place finisher. 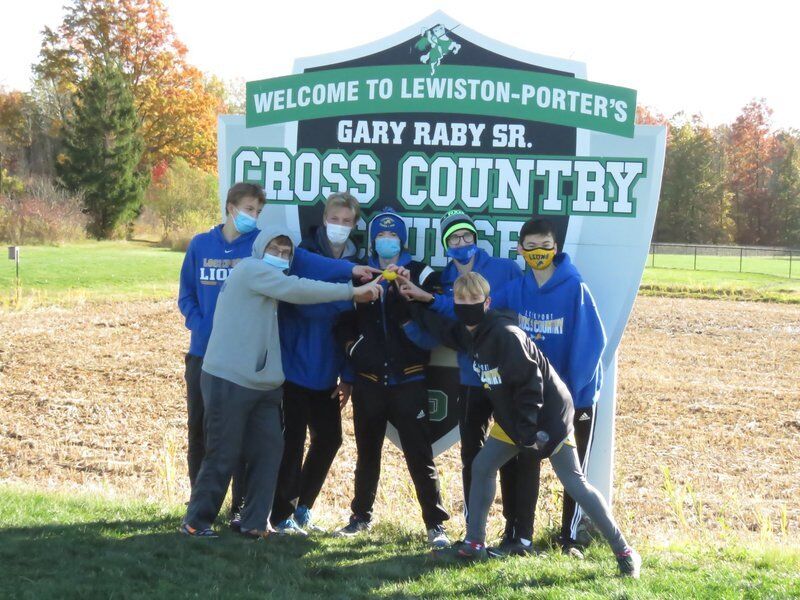 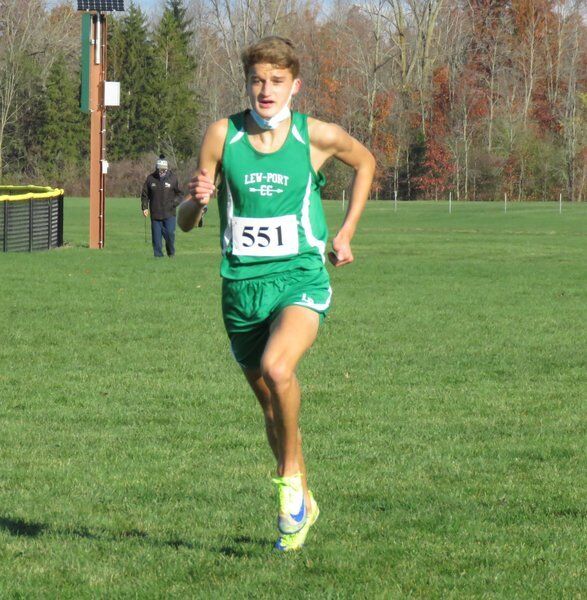 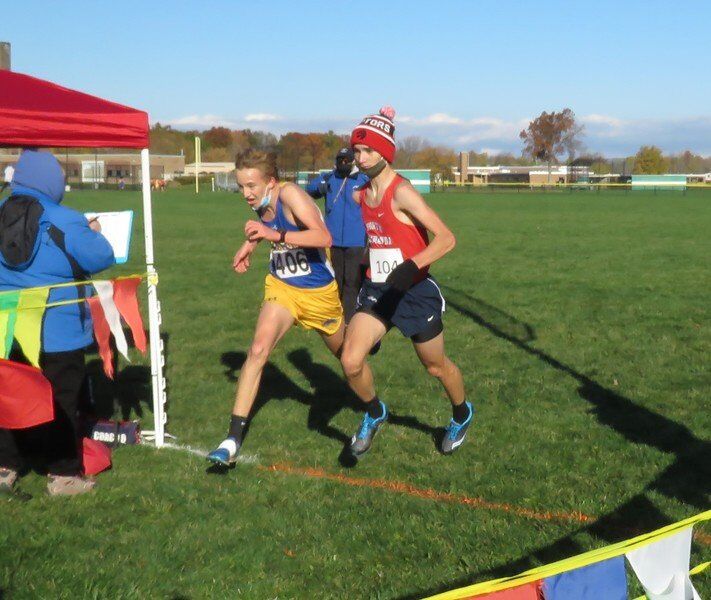 Lewiston-Porter's Justin Pavan poses as the NFL individual champion, Saturday at his own Lew-Port High School. Pavan's 16:17.2 time was nearly 40 seconds ahead of the second-place finisher.

LEWISTON — When it comes to boys cross country in the Niagara Frontier League, the Lockport Lions' success is off the charts. Since 2002, the Lions have either won or shared the NFL title 15 times.

The conclusion of Saturday’s NFL championship meet at Lewiston-Porter High School brought similar results for the Lions, as they squeezed out a one-point victory to take the league event. This marks the third straight season in which Lockport has earned a share of the NFL title on both the boys and girls sides.

Lockport came across the line with 63 points, while runner-up Kenmore West came in with 64. Following the two squads, who both held it down at the top of the standings through the regular season, were Grand Island, Niagara Wheatfield, Lewiston-Porter, Niagara Falls, Kenmore East and North Tonawanda, respectively.

On a cold morning, perfect for running, Lions head coach Tim Willett was thrilled to see his team back on top during what has been crazy times in the world.

“It’s a relief, for sure,” Willett said. “With everything going on, nothing was for certain, we came in today not knowing for certain. Our boys reactions (to the first place announcement), they weren’t sure either. It’s definitely a relief. We’ve been working every year to try and stay on top and every year it seems like the league is getting better and better and makes it more difficult to do so.”

Willet also gave credit to his runners, who were prepared to run in the cold weather, and for the runners who put the time in on their own when some were unsure if there would even be a season due to the COVID-19 pandemic.

Lockport junior Kenneth Currie was the first Lion to cross the line Saturday. Currie finished in sixth place, with a time of 17:15.4. The meet win was also a big moment for the Lions’ junior.

“It feels good. We lost a lot of guys last year — a lot of seniors, I think we had four or five of them. So for a lot of younger guys to step it up for us today, it feels really good to be back on top,” Currie said.

The recipe for a successful season was a certain challenge this year, as many runners had to find the motivation to stay in shape and put in the work amid the pandemic. Currie said the team was always on top of each other and making sure everyone was doing their part.

“It was difficult, because we all had to run on our own,” Currie said. “We didn’t have a coach until Sept. 21. I mean, we usually start (workouts) in July, so it was hard for the couple months to be motivated to run by yourself and without your teammates, but once coach came back we all came together, did what we had to do and we got it done.”

Additionally, Currie said the team would constantly text each other in a group chat to talk about their workouts and runs, which kept each other on the same page.

Pavan was the first runner to cross the finish line with a jaw-dropping time of 16:17.2. The senior is the first Lancers individual champion since Andrew Perreault in 2018. It was also the first time Pavan had won the individual crown.

“This feels special,” Pavan said. “I’ve been looking forward to this day for a while now, since I started back in ninth grade, so it’s great.”

Pavan’s time of 16:17.2 is eye-popping, considering three-plus miles for the average runner may take over 30 minutes to finish. But, to be on top, Pavan said a lot of hard work and dedication went into his prosperity.

“During quarantine, there was a lot of pros and cons of it. But it’s definitely helped me get more prepared for this race. I’ve ran way more mileage this summer than I ever have, so I think that helped me the most,” Pavan said.

Additionally, Lew-Port Coach Ann Marie Oliverio said Pavan has really dedicated himself to the sport and put in the time and effort to get where he is now.

“Justin is so self-disciplined and so self-motivated that he worked for this and he worked for it all summer, all by himself. It’s intrinsic motivation all the way,” she said. “This was really exciting, and I loved it.”

Pavan, as he moves forward to the Section VI meet, said he’s taking Saturday’s victory as a confidence booster, and on a day where temperatures were in the low 30s, he said that he felt ready to do well at sectionals.

The top-seven runners from each school will race in the Section VI meet at Bemus Point Golf Club. The event is held over two days, Saturday and Sunday, Nov. 14 and 15. Class B1, B2 and C1 will run Saturday, while Class A, D and C2. Running begins both days at 10:30 a.m.