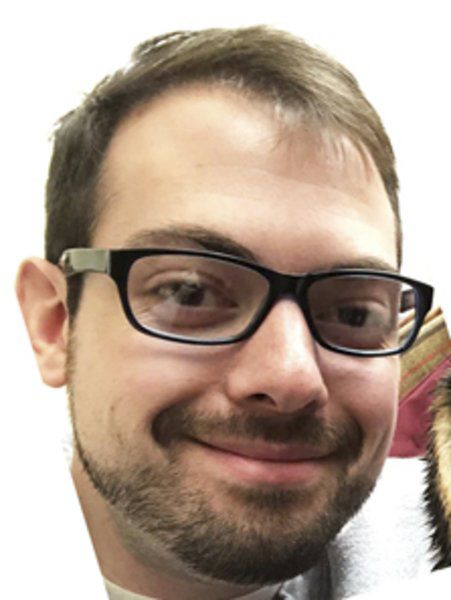 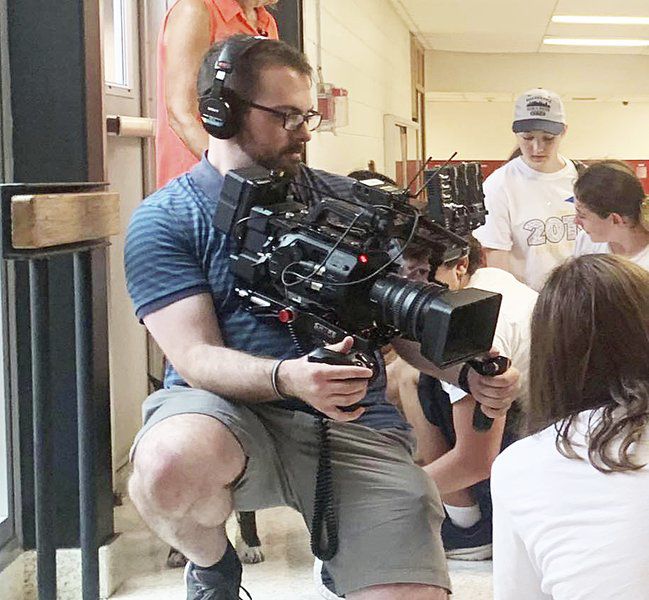 CONTRIBUTED PHOTOMatthew Bishop, whose father's family is from Lockport, is a new television director at ESPN.

CONTRIBUTED PHOTOMatthew Bishop, whose father's family is from Lockport, is a new television director at ESPN.

SOUTH BRISTOL — It should tickle the hearts of all Lockportians to know that a young, creative television director from North Syracuse, Matt Bishop, recently found a home at the world's greatest sports network, ESPN.

That's because Bishop has made the Lock City a second home throughout his life, visiting here frequently in his younger years, where his father's family's oats were sowed a couple of generations ago in a middle class West End neighborhood.

“My dad grew up there, so we'd go a handful of times per year for family get togethers, holidays, etcetera,” Bishop said. “I lived with my aunt, Nora (Bishop-Bruning), in Lockport from August of 2016 through February of 2017, when I moved to Tonawanda while I worked as a director/technical director at WKBW-TV in Buffalo. I have fond memories of chowder festivals, Pizza Oven pizza, milkshakes at Reid's and playing street hockey on Prospect Street.”

Bishop, the son of Lockport native Matthew and Barbara Bishop of North Syracuse; and the grandson of the late Ralph and Jean Bishop of Lockport, has been a creative video maker throughout his life, starting out with YouTube videos that he made with his neighborhood and school friends.

“I've always been interested in making video content. While I was in college we found VHS tapes I made with my dad's camcorder. I was probably 7 or 8 at the time and I was making videos with my action figures,” Bishop said.

“Once I got to SUNY Oswego, I gravitated towards studio and event directing. I directed morning and nightly news, Oswego men's hockey games, and an SNL-style sketch show. WTOP, Oswego's student run television station, really solidified my passion for making television.”

After graduating from Bishop Ludden High School in Syracuse, Bishop attended SUNY Oswego for four years and received two BAs, one in Broadcasting/Mass Communication and the other in Cinema & Screen Studies.

Bishop said he was fortunate to land a job just prior to college graduation when SUNY Oswego's Alumni & Development Office hired him to produce and direct their television/livestream broadcast of the launch of their $40 million campaign for endowments and scholarships, titled, With Passion & Purpose.

“After that show, I moved to Schenectady and became a director/technical director at WRGB. During my year and a half there I directed the 5 p.m. news hour and launched a local nightly sports show called Upstate Sports Edge,” Bishop said.

“I then had the opportunity to move to Lockport as I was hired by WKBW in August of 2016. I wanted to be closer to family, and closer to the Bills and Sabres.”

At Channel 7 in Buffalo, Bishop directed the 5 a.m. newscast for a year and a half.

“I was also fortunate enough to be a technical director for a handful of Buffalo Sabres' games during the 2016-17 season,” Bishop said.

In December of 2017, Bishop was offered an opportunity to move to New York City to launch an OTT channel with the American Kennel Club. He spent two years producing and directing shows from studios in New York City and traveled more than 60,000 miles to dog shows and other events around the country.

He got “the call” from ESPN just last fall.

“ESPN reached out to me and told me they were interested in having me apply for a director position. I started there on Jan. 6,” Bishop said.

“I am a director, which is like the quarterback of the control room. The producer envisions and plans the show while the director executes the broadcast. I'm talking to the technical director, camera operators, floor managers, graphics operators, etc, making sure everyone is on the same page while making TV. Directors make the calls for what goes out to air. It's a team effort and everyone has a role to play. Anytime there's a camera change, a video rolls, a graphic changes, a director is making that call.”

Matt's parents are both retired, his father as a 911 police dispatcher and mother as a teacher. HIs father, Matt Sr., said he's proud of his son's hiring by the most watched sports network in the world.

“Getting into ESPN has been his dream. He followed me in the broadcasting field and took his passion for sports to the next level,” said Matt Sr., who worked previously at WJJL Radio, where he broadcast daily news and other programs.

“We would visit Lockport regularly when the kids were little. Matthew would play football and street hockey with his cousins down the street from the (Unit No. 1 Federal) Credit Union on Stevens Street, where we played a lot as kids. He was a hockey goalie like his dad and played in many a tournament in Buffalo. He's also played at the Lockport Cornerstone Arena when he was working at Channel 7.”

His future goals include directing football games and making it someday to a Monday Night Football broadcast.

“The only thing that could top that would be for the Bills to be the winner of the game I direct,” he added.

Matt Sr. and Barbara Bishop also have a daughter, Caileigh, who works as a corrections officer in Manassas, Va. “She's a huge Sabres fan in Capitals Country,” her father said.

While he might not be visiting Lockport as frequently any more, Bishop said he still has relatives living in Lockport, including his aunt, Nora, and cousins Denyel Doty and Tommy Beiter. His uncle Tom Bishop of Lockport, lives in Hilton.