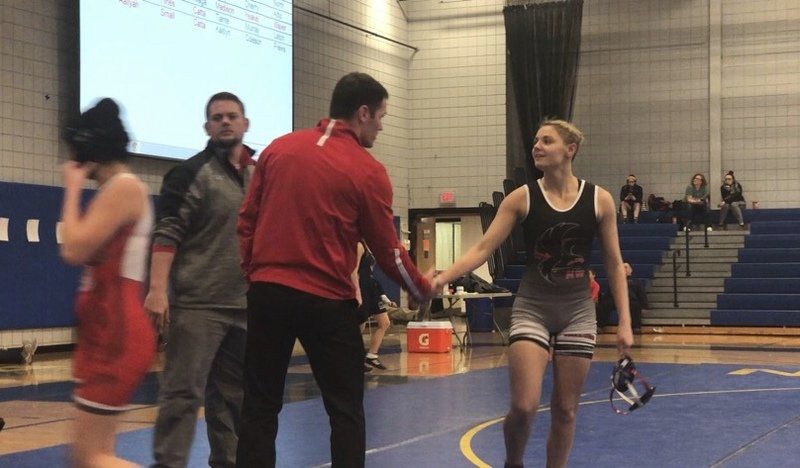 Jennifer Cheers/contributor photoN-W's Rhylee Jung (right) and Kendra Cheers will be competing at the US Marine Corps Junior Nationals Tournament in July. 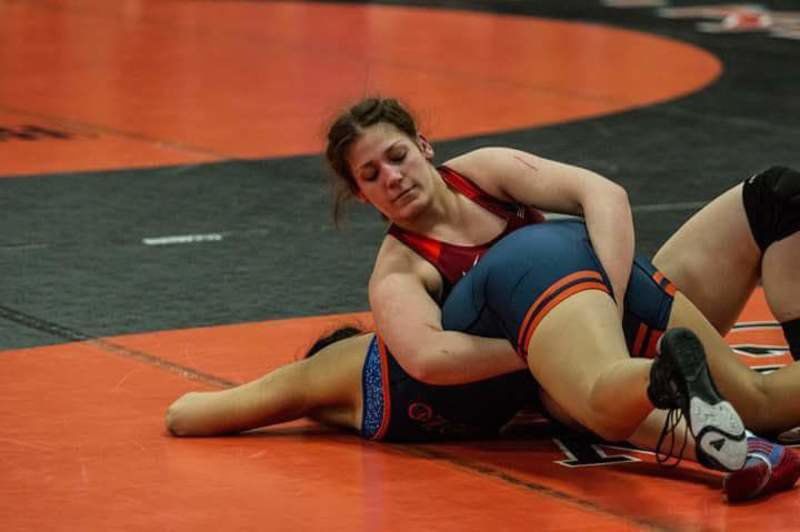 Jennifer Cheers/contributor photoN-W's Rhylee Jung (right) and Kendra Cheers will be competing at the US Marine Corps Junior Nationals Tournament in July.

Over two decades ago, the concept of girls joining a wrestling team was very unique. Many times these girls had to join their school's boys teams just to compete in the sport.

Niagara-Wheatfield wrestlers Kendra Cheers and Rhylee Jung have had to do the same thing with their high school program. Rather than just exploring the sport, however, these two young ladies are excelling — not only do Cheers and Jung lead a group of other female wrestlers for the Falcons, they are both competing in the sport in national and international level events.

Cheers and Jung have already made history by respectively taking first and second place at the first ever Section VI girls wrestling tournament and competing in the USA Wrestling Girls Folk Style National Championships in March. Now, they look to add to their historic list, both having qualified for New York state and will represent the state in the US Marine Corps Junior Nationals Tournament in July.

This year's tournament will be taking place in Fargo, ND, where Cheers will wrestle in the 152-pound bracket, while Jung competes in the 122-pound group. They will compete in smaller tournaments leading up, including the Headlock on the Hudson in Troy, NY.

These two girls have put together quite the resumes in their wrestling careers. Cheers has taken second, fourth and eighth place, respectively, at tournaments in Spain, Sweden and Japan representing Team USA and Team Haudenosaunee. She has also won gold at the North American Indigenous games as well.

Not to be outdone, Jung is a National United Wrestling Association for Youth national champion, a New York state freestyle champion, a three-time Gene Mills Eastern Nationals champion, a New England freestyle champion and a two-time New York Wrestling Association for Youth state champion. She also placed second at the New York state qualifier for the Junior Nationals tournament, is a national runner up in the USA Folk style tournament and placed second at the Mohawk Valley tournament.

All in all, these ladies have had time to pack that into a busy school schedule that also includes lacrosse season for Cheers and Jung competing as a track and field athlete.

"Wrestling is considered a gentlemen's sport and New York state has come a long way developing the sport," Cheers said. "These girls really take that seriously. They look to teach and help out the younger athletes. (On the mat), they're not looking to destroy lesser opponents. It's more about helping them along throughout, which is something they'll pass along to their teammates."

Unlike most schools, N-W has enough female wrestlers to put together their own team. Their coaching staff even tells their girls about female tournaments, so they will at least have the chance to compete at those events. Since there are no other schools with girls only teams in the area, they are unable to compete to the level that they would like to.

They have been able to prep at the Olympic training centers while competing overseas and even worked with the likes of former National Team coach Jackie Davis along the way. Cheers, who is also prepping for this weekend's Women's National Championships in Irving, Texas, shared what it has been like to have already seen so much in the girls wrestling world.

"There's definitely been girls before me and Rhylee that could not go across the country and do tournaments like we've done, so I'm thankful," Cheers said.

Cheers plans to enlist in the US Army National Guard, with the hopes of being able to extend her wrestling career for Division II East Stroudsburg University in Pennsylvania. She will be wrestling for coach Anibal Nieves, who sought after Cheers even after leaving Springfield Technical Community College. Cheers wanted to give her former teammates and future girls wrestlers a bit of advice before she embarks on her newest journey.

"I hope that they look at me and see that I started late at age 12," she said. "I kept pushing through never giving up. And I hope the same for them. I hope that they'll keep fighting too, and hopefully soon they'll get an all girls team."

Cheers will soon pass the torch to Jung, who will be an N-W senior in the fall. For Jung, she reflected on the type of impact that herself, Cheers and the Falcons other female wrestlers have done for the girls wrestling community.

"To me, it means that I am able to make a difference to the girls coming up and open the door to sanctioning girls wrestling in New York State, so that girls and boys are able to compete equally and safely," Jung said.

Jung plans on studying criminal justice in college and is still undecided on what college she will attend. Jung is thankful for those who have paved the way for herslef and talked about the type of leadership she plans to bring into her senior year.

"Having started in this sport nearly 8 years ago, the torch was originally passed down in the youth program from Courtney DeWolf," Jung said.

"Since being the only girl in the room at that time (when I first started wrestling), I have grown and made a name for myself among my peers during practice. I have found further enjoyment helping to coach the next generation, both boys and girls in the NWAA, developing leadership skills that have helped me as a team leader at both the JV and varsity levels."