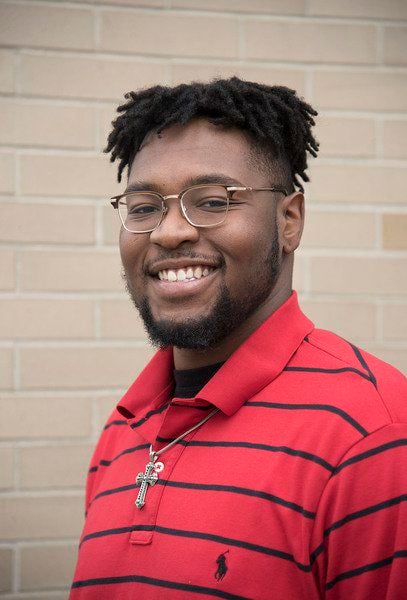 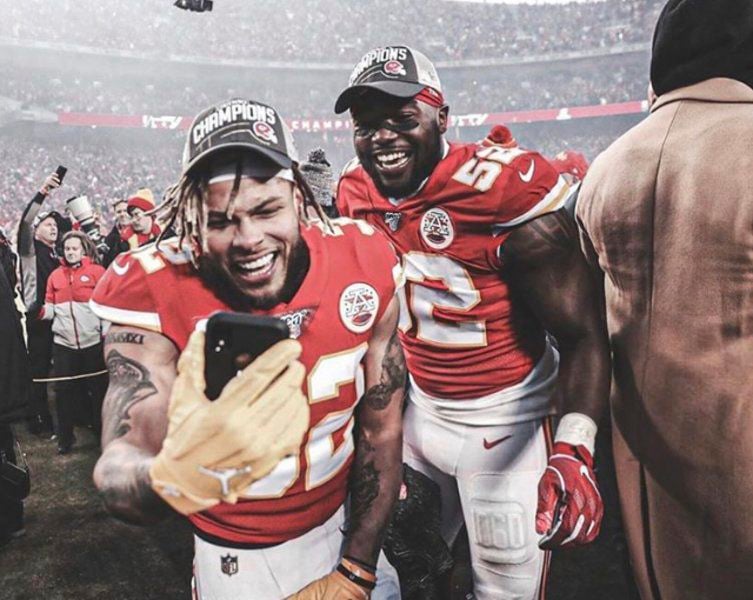 Never would I have thought that one of my former teammates would be playing in the Super Bowl. If it were anyone, I'd suspect it to be 2016 NFL Defensive Player of the Year Khalil Mack to make it first.

But one of my old roommates, someone I lined up against in one-on-one drills and a fellow Buffalo native? No chance. But this is our reality and I can say someone I've watched come along since we were both 17 is now playing on football's grandest stage.

Demone Harris, former University at Buffalo edge rusher, has found himself waking up today for "Super Sunday" and living out a lifelong dream. It's been a journey to this point — from just beginning to play football during his junior year at Bishop Timon, to walking on to join the Bulls roster, Harris is now finding a home with his third team over the past two seasons.

When we spoke last week, he talked about the grind that an NFL day is, often times being in the team's facilities for 10-plus hours on a daily average. Mone mentioned how you really have to come to play every single day just because of how competitive it is, especially with how much of a business the game has become.

Speaking of that business side, he mentioned how it can be a challenge navigating the political side to football, but he has had great mentors to guide him with every step. During his first stop in Tampa Bay, Mone mentioned Gerald McCoy, Jason Pierre-Paul and Shaquil Barrett as guys that helped him on the field but also just keeping his mind right when it came to things off the field as well.

Barrett was someone who Mone really emphasized though, just because of the parallels of their career paths. Having both come into the league as undrafted free agents, Mone said that Barrett is one of his biggest forms of inspiration, as the Buccaneers edge led the league with 19.5 sacks in 2019.

Mone has gotten more attention this season because of the Super Bowl run, but he has had to scratch and claw to earn his keep since joining the Bucs for the 2018 season. In between his stops in Tampa and KC, he had a quick detour in Baltimore, where he famously misplaced his engagement ring to his fiance, Arianna, before someone in the Ravens' organization got it back to him.

He said that he has been enjoying the engagement life ever since the ring snafu, but it still blows my mind that the two are engaged now. Man I've got too many stories about them from our days in UB's Richmond quad dorm! But to see them growing up and stick together over the years the way they have is a blessing and is a beautiful thing to see.

Speaking of the Ravens though, of course I had to ask him the question I'm sure a lot of you were thinking; Lamar Jackson or Patrick Mahomes — who's better? Not too many people can say they played with the two most recent league MVP's, let alone playing with both in the same season.

Mone got a good laugh out of this one though, noting that Jackson was the superior runner and that Mahomes was the better passer, but what stood out to him was how they're both great guys and very down to Earth. Just during the week of the AFC Championship game, Mahomes surprised some local KC fans by renting out an entire movie theatre to watch 'Bad Boys for Life.'

Mone talked about being in KC too, which he said he enjoys because its got a lot of the same feel that Buffalo does. A low-key city, with a passionate fan base, Mone can relate to the city's culture because it's just like the one he grew up in here in the backdrop of the Buffalo Bills. He added that the barbecue there is different and how it's better than any he's ever had in his life.

As far as the Super Bowl itself, Mone said it'd mean everything to him if he were able get a sack in the game, as the Chiefs look to get head coach Andy Reid that elusive ring and ending the team's 50-year championship drought. That question was low-hanging fruit though and my favorite response he shared came later on from there.

I asked Mone if he could go back and tell that 15-year-old kid at Timon anything, what type of message would he share with himself? Interestingly, he said he wouldn't even want to tell him anything because he knows God's plan for him has worked the way it was supposed to. He wouldn't want to get himself out of the relentless, persistent mindset that he has had to get here, which he is not sure would have remained intact if he knew where his end results would be.

The very last question I asked him was what he can share to young Western New Yorkers who are trying to reach the heights he has. Mone, and myself personally too, feels it's been amazing seeing the likes of himself, Qadree Ollison, Steven Means, David Fluellen, his teammates Ryan Hunter and Jody Fortson Jr., and others, reach the NFL to put 716 on the map.

Mone does not want kids to think the path is easy, because he knows NFL teams prefer players that come from big-time Division-I programs or played high school ball in highly regarded high school football states like Florida, California and Texas, and even neighboring northeastern states to us like New Jersey, Pennsylvania and Ohio. He knows how much harder a kid from WNY needs to work to standout among those who have the bigger acclaim around them.

But Mone does not want kids to think it's impossible. With hard work, dedication and a strong faith, he believes anything can be done.

I know you're not reading this at the moment Mone, but we're all so proud to see one of our very own making it to the Bowl. And like I told you as we wrapped this interview up, go get that ring my guy!

As much as I love the 49ers formula of defense, Kyle Shanahan's run-heavy system and Jimmy Garoppolo keeping defenses off balance just enough, there's three factors for the Chiefs that I think are key. No. 1, KC has the more experienced head coach and even though I believe Reid and Shanahan are comparable, the former has been a head coach in this game before. Not just an OC like Shanahan was for the 2016 Atlanta Falcons, who infamously gave up that 28-3 lead to New England.

No. 2 is simple; Mahomes. I fully believe that San Francisco is the best team in the NFL. But KC has the best player in the league and one of the sport's top-five coaches, with an advantage in experience. Then you compile that with the type of weapons and speed the Chiefs' offense possesses, I'm not sure if San Fran's D is capable of slowing them down all game long.

Regardless, this might be one of the most memorable Super Bowls we've ever seen. Can't wait.

Respond to sports reporter Khari Demos on Twitter @riri_demos or at khari.demos@gnnewspaper.com. Also, tune in to Khari at 10 a.m. on Saturdays on WGR 550's 'Inside High School Sports,' as well as the 'Greater WNY Sports Connection' podcast, a collaboration with Jon Simon and WNY Athletics.