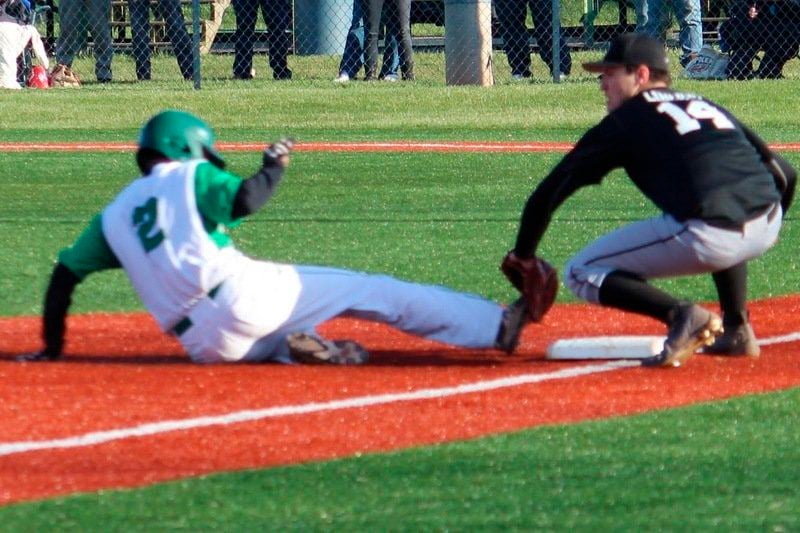 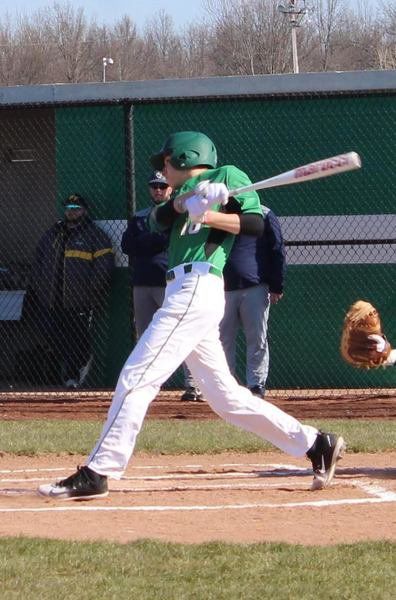 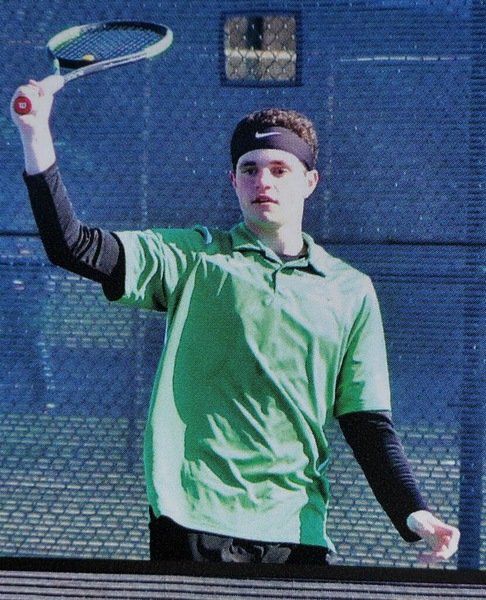 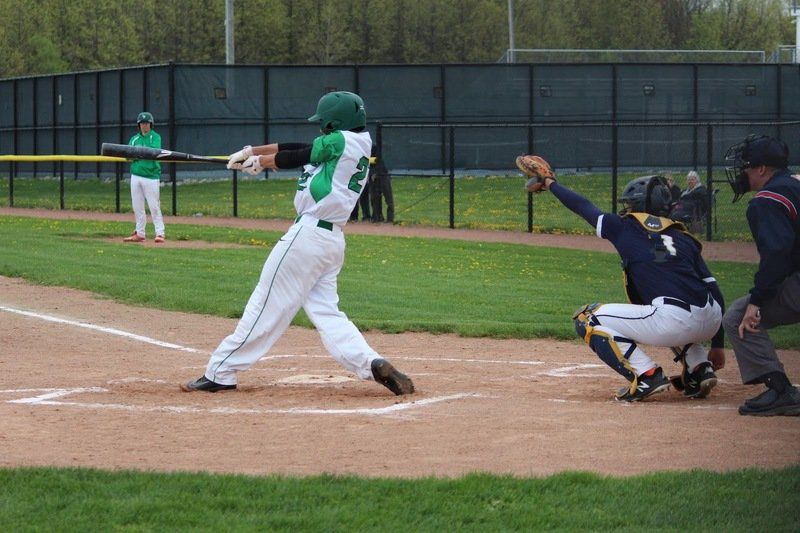 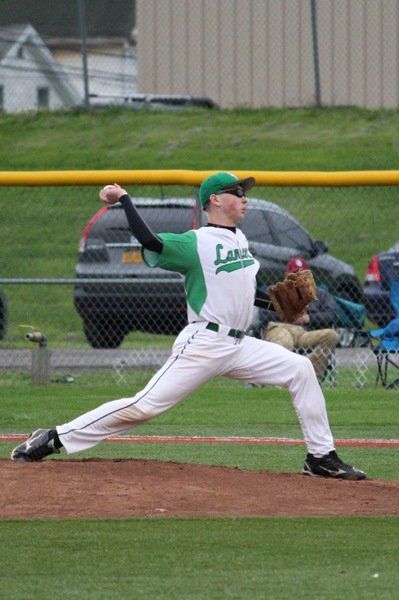 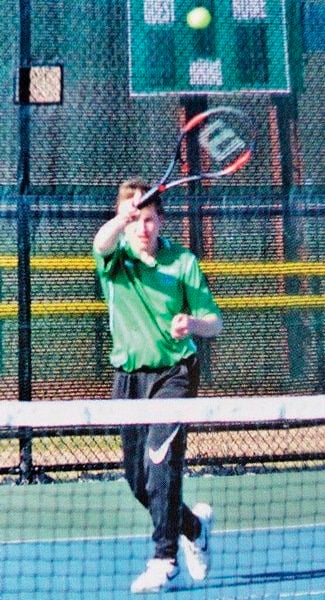 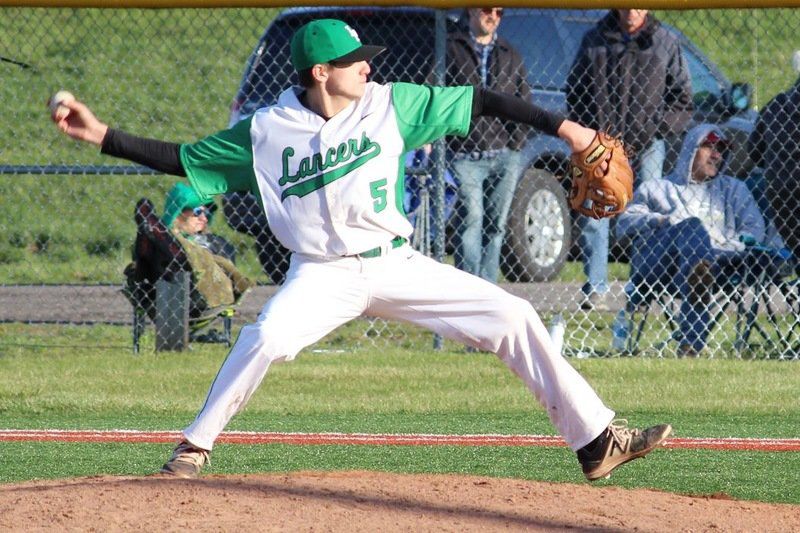 For an entire decade, Lucas Eoute, Anthony Dragone, Cooper Krawczyk, Nick Carlo and Zach Reed played baseball together in some form or another, as teammates or friendly foes. From T-ball up, they've been connected through the sport, eventually suiting up together as Lewiston-Porter Lancers.

The 2020 season was set to be their swan song, one final grueling run at the Niagara Frontier League and Section VI Class A titles that have eluded the program for over 20 years.

Instead, COVID-19 put that to a quick, unceremonious end.

The Lew-Port baseball and boys tennis programs both had title hopes this spring, making the sting of the pandemic that much greater.

Let's take a look at how they got to this point, what those seasons might have looked, and where they go from here:

Had spring gone off without a hitch, head coach Mark Waple's senior quintet would have finished with 18 combined varsity seasons.

Add in a strong group of returning juniors and one big transfer, and Waple was right to have high hopes.

"We had very high expectations," Waple said. "We were very excited because it was going to be the culmination of a few years of work."

The Lancers advanced to the Section VI Class A-2 semifinals last year, falling 2-0 to eventual champion Iroquois. Nearly every key contributor was coming back.

Krawczyk, an outfielder signed to play at Division III Westminster in Pennsylvania, would have returned to the leadoff spot he'd manned since he was a freshman.

Most times, Carlo and Eoute would have manned his flanks in right and left, though almost all of the Lancers were flexible enough to move around the field as needed. Both would have pitched some innings, while Eoute would have seen time at first base and Carlo would have filled it at second. Carlo also spent the offseason working to become the team's backup catcher.

"(Carlo) is such a good kid," Waple said. "Whatever he had to do to get on the field. (As a junior) he was the one kid who would have been the 10th player, so he was trying so hard to get himself on the field."

Dragone would have started in the infield, second or third base depending on whether Reed was on the mound or at the hot corner. Dragone also would have pitched and been one of the team's leaders.

"He's off-the-charts smart," Waple said. "And he's just such a good person. He's never once ever, ever, ever complained or called out a teammate. He gives everything he's got, 100%, all the time."

Top starting pitchers Spencer Riehler and Adam Coppins would have been back as juniors, another year of experience and maturity under their belts. Dom Fazzolari, another junior, would have returned as their battery-mate, having caught all but 10 innings for the Lancers since eighth grade.

Peter Spameni, an outfielder who spends his winters playing filling up the net for hockey, rounded out the returning juniors.

To top it all off, Nick DiCarlo, a junior who has already committed to play D-1 at Iona, had transferred back from St. Joe's and was slotted to take over at shortstop.

"He's a heckuva hitter," Waple said. "You can't keep him away from the weight room. If I don't have hitting, he's hitting somewhere else. He's every day, and he takes other guys with him."

Waple said practices over the past year had advanced way beyond normal. Rather than coaching skills, the group's experience and familiarity allowed it to work on more complicated things, like pick-off plays or situational hitting.

"All of these boys really enjoyed each other's company," Waple said. "They got along. There was no drama on our team. That locker room was one cohesive unit, one big family."

Waple credits the players with not getting too down as a once-in-a-lifetime pandemic cost them such a big season.

Eoute will move on to Ohio State for college, where he might try to find a club hockey or baseball team. Carlo, the son of two teachers, will follow in the family business, studying early childhood education at Niagara. Dragone will head off to Syracuse and a biology major, while Reed will study engineering at UB.

The rest of the Lancers will set their sights on 2021.

Waple knows a new season, following a year lost to the pandemic, will come with all sorts of challenges. He said he's spent plenty of time talking with his assistants, Joe Rizzo and Mike Fitzgerald, on what a return to practice might look like.

"If it doesn't happen that we can do something in the fall or winter, there will be a bubble of kids that are empty not only in (varsity baseball) culture, but also the skills," he said. "Think about a sophomore that didn't get his sophomore JV season or a junior who didn't get his first taste of varsity pitching. ... There's going to be a talent drop. It's going to be for everybody.

"We talked about (complex practices), it'll be the opposite now. Our junior class is pretty well loaded with kids that have experience, but other than that it's back to kindergarten.

"We've talked about how we're going to have to get back to teaching. It's going to be a process."

"We were ready to go," Townsend said. "It's disappointing because the kids worked really hard in the offseason. They came in ready to go and didn't get that opportunity."

Ben Warren, a mainstay since middle school, was back as one of the Lancers' top two players, along with sophomore Nathan Jowdy. The duo paired up last year to win the NFL doubles crown and advance to the Section VI tournament.

"He takes the game very seriously," Townsend said of Warren, who boasted a 14-0 record as a junior in second singles. "I felt really bad for him especially. He worked really hard over the offseason and really wanted to go to sectionals and maybe the state tournament."

Lukas Larson and Caden Pfalzer would like have returned to first doubles, where they went 12-1 last year. The athletic Larson proved a excellent match for Pfalzer's steady, consistent game.

Greg Sledziewski, a "great character kid," went 7-3 in second doubles last year and likely would have remained there, probably paired with another senior, Kyle Rhoads, who went 6-1 in second doubles as a junior after transferring in from Niagara Catholic.

David Newton transferred over from Barker after serving as the Raiders' first singles player as a junior. Townsend was "hoping he was somebody that could have stepped into the lineup somewhere."

Third singles was the only spot up in the air, likely alternating between Larson, Newton and junior Jacob Nicola, Townsend said.

Warren, who is heading to Rollins College in Orlando, Florida for business, might try out for its D-3 tennis program. Larson will head west to attend BYU for mechanical engineering. Sledziewski will also go to Florida, studying biology on a pre-med track at the University of Miami.

Pfalzer and Rhoads are both headed to NCCC, for welding and business administration, respectively. Newton remains undecided on where he'll head next.