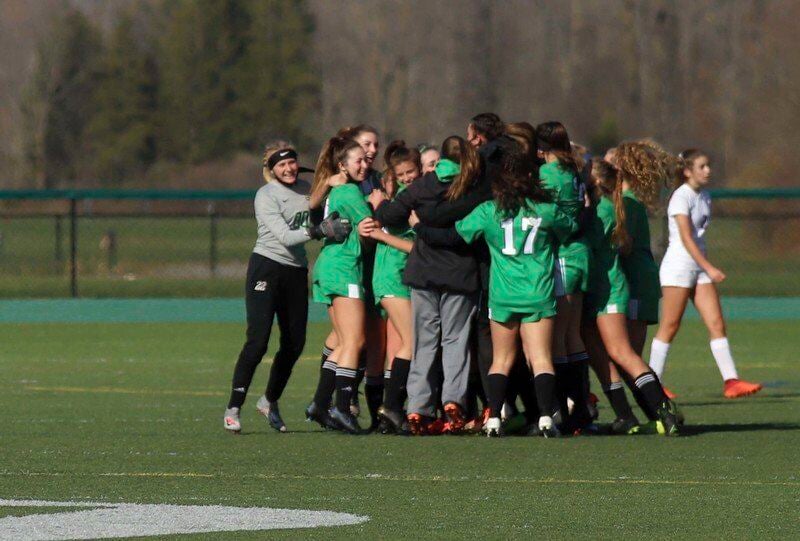 The Lewiston-Porter Lady Lancers celebrate their 3-2 victory over Williamsville South for the Section VI Class A-2 championship Saturday at Lew-Port High School. 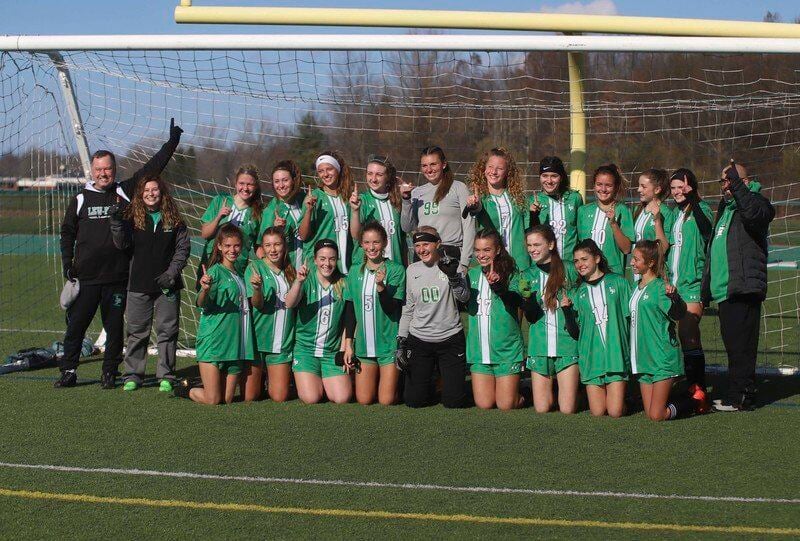 The Section VI Class A-2 champion Lew-Port Lady Lancers pose after their title-game victory over Williamsville South on Saturday at Lew-Port High School.

The Lewiston-Porter Lady Lancers celebrate their 3-2 victory over Williamsville South for the Section VI Class A-2 championship Saturday at Lew-Port High School.

The Section VI Class A-2 champion Lew-Port Lady Lancers pose after their title-game victory over Williamsville South on Saturday at Lew-Port High School.

LEWISTON — The Lady Lancers are back on top in Section VI.

No. 1 seed Lewiston-Porter girls soccer built up a 2-0 halftime lead before closing things out with a 3-2 win over No. 3 Williamsville South (9-5-1) in the Class A-2 championship game Saturday at Lewiston-Porter High School. The Lady Lancers wrap the 2020 season at 12-2-1, winning their first sectional title since splitting co-champion honors with Williamsville East in 2018.

Lew-Port head coach Norm Forney preached patience to his girls, knowing the Billies' offense would run through Ashley Krzyznowski and eighth-grader Ava Plezia as they played around the box. Forney's assumptions were spot on, as Krzyznowski nearly brought South back with two second-half goals.

Rather than forcing the issue in the midfield, Forney urged the Lady Lancers to move the ball through the inside and outside portions of the field, especially with the amount of attention Sarah Woods saw all game. One of the top playmakers in Section VI, Woods was able to weave through midfield and find her teammates on the edges, leading to Sophie Auer holding the ball up top and getting everybody else involved on the wings.

The theme for many coaches on the day was being thankful to even be in the championship game, and Forney made sure his girls understood its signifigance.

"Everything from here on is a blessing. We're lucky to have what we have. Let's enjoy it, and let's grab it and let's make the most of it."

Leading the offense was Woods, who finished with two goals, pushing her season total to 19, while Lucia Sanchez added a goal to round out the scoring. Izabella Krecisz assisted on both of Woods' goals, while Elina Kunik partnered with Sanchez on the latter's.

Woods wasn't used to the amount of space given to her in the open field, but she made sure to cash in the opportunities. The junior midfielder also made sure to praise Auer for her play and the team's overall defensive performance.

For Woods, being called a sectional champion is something she's pursued since her freshman year. With one last go round alongside this senior class — which includes Logan Monteleone, who lost her brother, Mason, in August — Woods shared just how hard the team pushed to get to this moment.