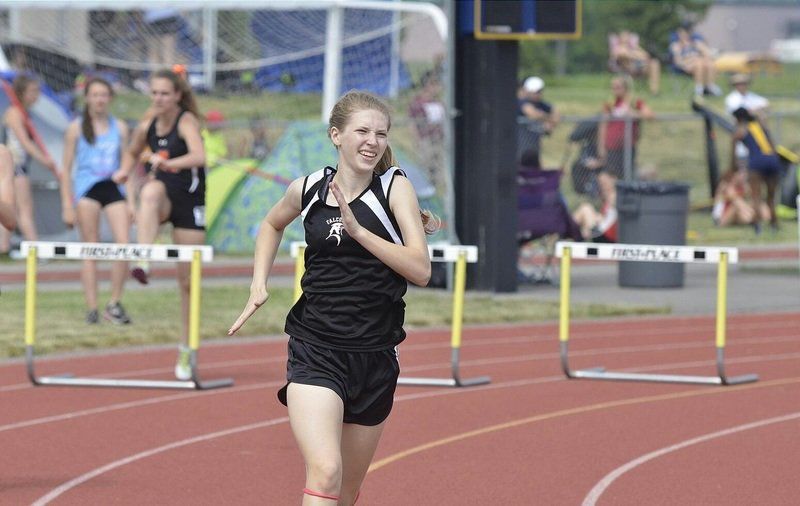 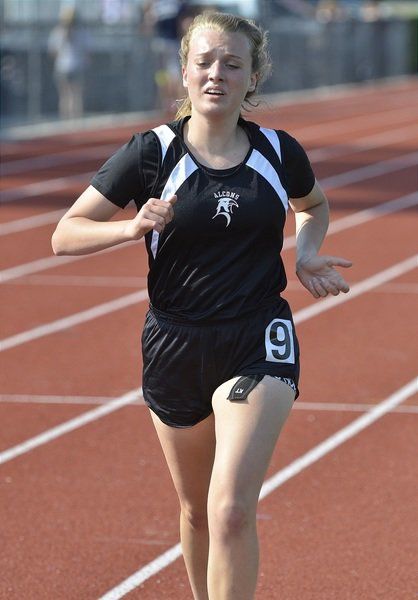 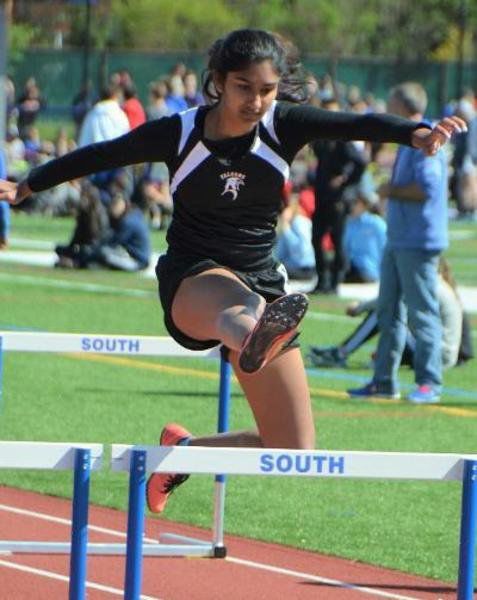 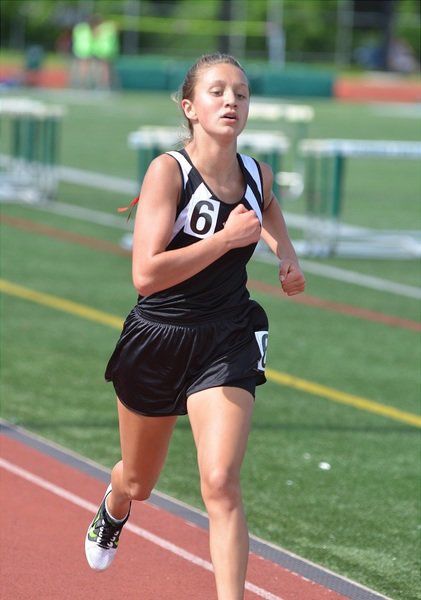 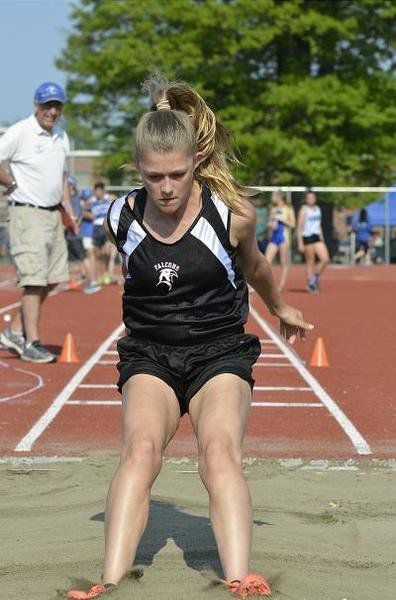 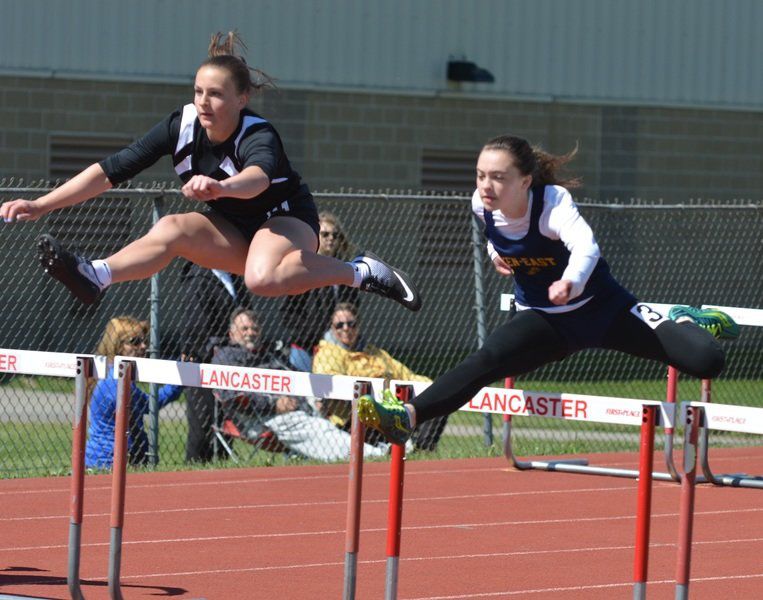 The COVID-19 pandemic has already etched its place in history, making sure 2020 is a year that won't be forgotten.

It cost the Niagara Wheatfield girls track and field team a chance to do the same.

The Lady Falcons were returning 23 seniors as they prepared to chase a program-record third straight Niagara Frontier League title this spring before the coronavirus outbreak put a halt to sports across the country.

"We were very optimistic," said head coach Al Pogel. "... We had great team leaders, great young ladies, and we were looking forward to competing with our friends in the league."

Pogel had just south of 90 girls on his roster, which covered both varsity and JV. That meant plenty of internal competition, as well as almost zero glaring holes.

Danielle Carlson, the swimmer headed to Michigan State, and Niagara University-bound Victoria Achtziger-Hughes were back as seniors to anchor the two-time defending NFL champion 4x800 relay team, where they would have teamed up with junior Sara Mueller and sophomore Madelyn Fike.

Brianna Zayatz, Logan Sobczyk and MacKenzie Patterson, three more seniors, would have battled running hurdles. Patterson narrowly missed out on states in the 400 hurdles as a junior.

Abby Mason would have been a been a key utility player, running the 400, steeplechase and whatever else as needed. She also would have returned to a 4x400 relay team that took a shot at states last season.

Megan Murray, a volleyball player in winter, was set to again show her athleticism, taking part in the high jump and throws.

"She's a volleyball player who is very strong, so those are just the natural fits for her," Pogel said.

Paige DiCarlo would have anchored the sprinters in her fifth or sixth year in the program. Andrea Efthemis and Hannah Evert would have joined her in sprinting while also competing in a few jumps.

Also back were thrower Japria Elder, jumper and pentathlete Ravdeep Minhas and Rhylee Jung, one of NW's standout female wrestlers who competed in numerous track and field events.

Those are just the senior returnees who'd competed in last year's NFL championships.

"This will be an emotional farewell because some of us have been together six years," Pogel said. "We're exceedingly proud of this group. They had a chance to do something that has never been done in school history, and we believe it's something that could have been accomplished.

"Whether they had a chance to repeat or not, in my eyes, they're champions."

Headlining the underclassmen were Fike and Mueller, both of whom would have had a chance to make at least sectionals, if not states, Pogel said.

The Coulters, sophomore Cameron and eighth grader Riley, daughters of NW boys soccer coach John Coulter, were ready to compete as jumpers, as was junior Lindsay Hocking. Sophomore Luella Johnson was going to be another standout hurdler, while freshman Sara Maghrak and junior Sarah Pawlow would have added to the Lady Falcons' stable of distance runners.

"This is a special group simply because of the size," Pogel said. "There are some programs that are lucky to have 22 or 23 girls. We're very fortunate.

While the girls' team battled for a league title, 2020 was shaping up to be a building year for the Falcons under first-year head coach Gary Jackson.

Jackson is the NW girls basketball coach and the father of former Lady Falcons track and hoops stars Kyri and Le'Gary Jackson, both of whom are competing in track and field at Division I Detroit Mercy. He also served 21 active years in the Army, rising to sergeant first class.

So in taking over a program that hasn't had much team success over the last decade, Jackson's decided to build from the ground up.

"As far as expectations, we've never — the boys since my girls had run for seven or eight years — there was never an expectation for the boys to do good," Jackson said. "That's just being honest.

"When I got there, you could see they just needed a little bit of organization, a little more discipline. They had to feel like it wasn't just about the girls (team)."

Jackson made sure to reward the athletes who were putting in an effort to get better.

"They bought in to it," he said. "They were there early, didn't mind leaving late. You could tell they were putting the work in for it."

Jackson may be done as well. While he was "recruited" to take over for just one season, he said he hopes to stay on next year.

"After meeting with the boys, watching their enthusiasm as far as learning, seeing new things, doing it different, I honestly want to take it over and just keep going as long as I can."

Editor's note: This story has been updated to correct that MacKenzie Patterson missed states in the 400 hurdles in 2019.