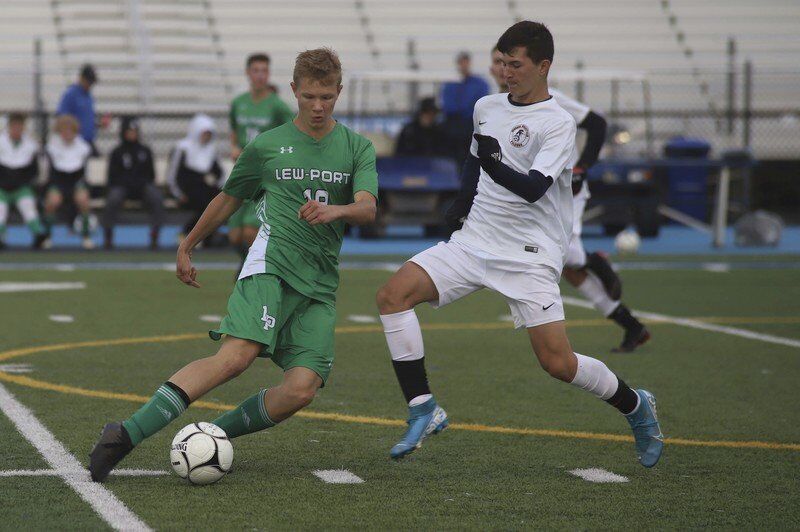 In this Oct. 16, 2019 file photo, Lewiston-Porter's Josh Long controls the ball in front of the Niagara Wheatfield's Noah Morelli in the Lancers' NFL Championship win at Grand Island High School. 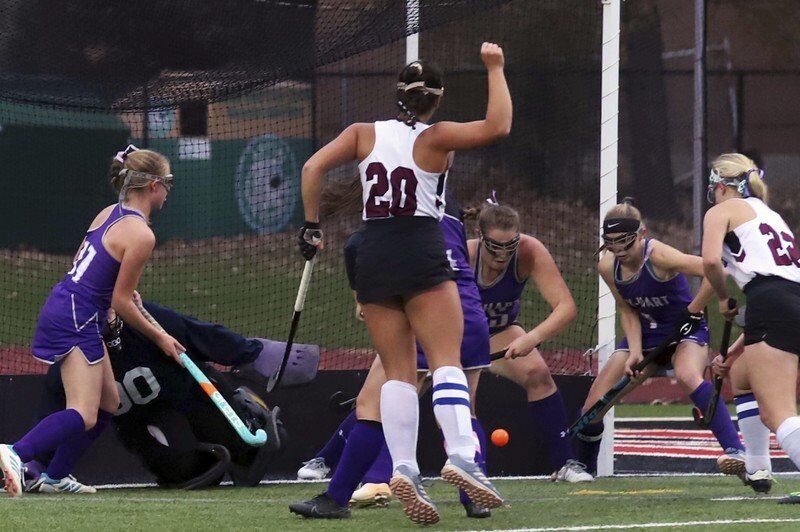 In this Oct. 16, 2019 file photo, Lewiston-Porter's Josh Long controls the ball in front of the Niagara Wheatfield's Noah Morelli in the Lancers' NFL Championship win at Grand Island High School.

In what has been a tumultuous year for high school sports, Wednesday saw some of the more promising news of 2020.

Section VI reviewed the results from the questionnaire it provided to member programs last week in regards to moving the remaining fall sports season to the March 1, 2021 "fall sports season II." With over 70 districts voting, 67 were in favor of upholding starting low- and moderate-risk sports this coming Monday.

Section VI also shared that it will continue to work alongside its coaching chairs to piece together plans on postseason play for the remaining fall sports.

Section VI executive committee president Brett Banker shared that the survey was developed after several conversations with members of the committee. What aided the process was being able to see how other sections handled each respective area throughout NYS, giving a blueprint as to what to prioritize here in Western New York.

The numbers showed to be very promising for Banker. With a nearly 90% return rate from member schools, 75% of districts elected an option to start the fall sports season before the end of September.

Despite the hoops and hurdles this pandemic has caused, Banker is thankful that the state has have given schools and kids the opportunity to compete.

"I'm relieved to know that NYSPHSAA was cognizant of how much these seasons and experiences mean to everyone," Banker said. "I am focused on getting every season in, more so than when it is played. We're hopeful this is a one-year modification and I think we can all agree that for one year we can play anywhere, anytime if it benefits our students."

"I am excited that we will be able to offer opportunities like this to our students once again," Halgash said. "It's a step in the right direction."

The questionnaire contained five options for schools to choose from:

• Move forward with the Monday start but delay the high-risk fall sports until the 2021 start date.

• The same as option one, instead starting one week later on Sept. 28.

• The same as option two, but again seeking a Sept. 28 start.

• Other, including the three-spring season model proposed by the New York State Public High School Athletic Association in July.

The results from the post-card ballot are far more encouraging than the developments that have come about this week. On Tuesday, the Buffalo Public Schools decided to move the entire fall sports season to the "fall sports season II," as well as Ithaca's Section IV electing to do the same with all its member schools.

Although both situations had concerns raised over the spread of COVID-19, both were exacerbated by New York State aid cuts and financial losses due to the pandemic.

Barker field hockey coach Jeff Costello, who is looking forward to leading one of the best programs in the state once again, detailed some of the many challenges coaches will face with this decision coming a mere five days prior to the start of the season.

"We’ve got a lot to do to get ready in a short amount of time regarding paperwork, informing parents and players of guidelines and specific district information," said Costello, whose Lady Raiders seek a 16th sectional title since the turn of the millennium. "So we will be pushing out the information to our teams over the next 24 to 48 hours so that we can hit the ground running on Monday.

"It will certainly be an interesting season with not much practice or conditioning dates in between games, but we will be ready to go for the first game of the season. With only league games being played there won’t be time for scrimmages and non-leaguers, so it definitely puts a lot of emphasis on being ready for league play.

"We will surprisingly get more preseason practices in this season than we did last year. Our players will be happy to get back on the field and we will be shuffling things up to follow the guidelines and to get the most out of them and to have a successful season. It’s time to focus on the positives and having an opportunity to play this fall."

Passed in Buffalo, NY. He was the husband to Barbara (Robinson) Pressley. Public walk through Friday 11 AM in the WILLIAMSON FUNERAL HOME, 635 Main Street. Private services at Noon.