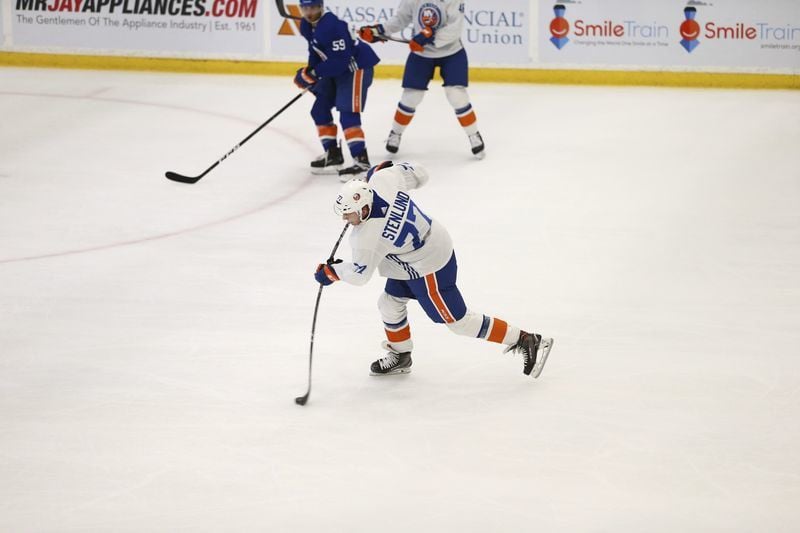 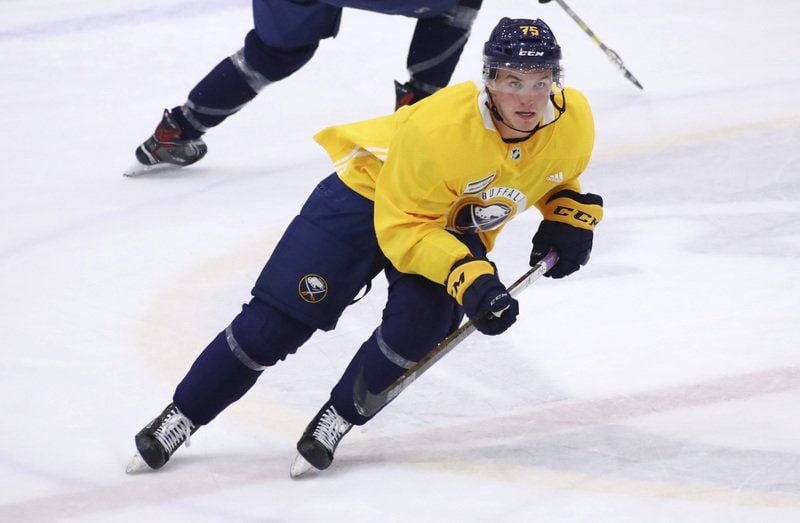 LEWISTON — For the second time in as many summers, Niagara sent three players to NHL development camps.

Also taking part this summer was Atlantic Hockey Rookie of the Year Ludwig Stenlund, who went to New York Islanders development camp. For Stenlund, it was an opportunity to learn how professional hockey players operate.

“It was an unbelievable experience,” Stenlund said. “I mean, I was able to play with some really good guys, and see how it is to be an Islander. Everything was amazing, on and off the ice. I was able to see how they train and work as an NHL organization.”

While Stenlund enjoyed playing in the Islanders’ annual Blue and White scrimmage toward the end of camp, he also enjoyed the time the Islanders spent working on developing the players. Off-ice topics like conditioning and diet were covered, as were on-ice details, like skating, working toward getting faster and faceoff work.

For Delmas, attending camp with the Hurricanes was a different experience than with the Maple Leafs last summer, as the roster was smaller, which allowed the players to develop a closer bond. Twenty-six players attended Hurricanes camp. While Delmas enjoyed the entire experience, the Hurricanes Prospect Game was a highlight, he said, as the crowd in Carolina was enthusiastic and excited for the game.

“It was also a great opportunity to play with skilled players, and learn how the Hurricanes organization operates,” he said.

Cooley said attending camp with the Sabres was a confidence booster heading into the 2019-2020 season.

“I think it prepared me really well to come out this season kind of guns-a-blazing and have that confidence,” he said, noting that it was a great opportunity to play with talented players and learn from the Sabres’ coaches.

Niagara head coach Jason Lammers said the experiences Cooley, along with Delmas and Stendlund, had at the development camps will help the team grow. Last season, the team incorporated some of the on- and off-ice ideas Cooley and Delmas brought back from Maple Leafs camp, and Lammers anticipates this season being the same.

Delmas was named the team’s captain in April. While honored by the decision, Delmas said he’s not the only leader on the team heading into next season. He’s been keeping tabs on his teammates and making sure everyone is on the same page. After last season, which ended with an overtime loss to AIC in the Atlantic Hockey final, there’s a lot to be excited about.

“I’ve dedicated my whole summer to developing as a player and, you know, checking in with my teammates, staying connected and making sure we're all holding each other accountable to get results,” Delmas said, noting that he’s going into his final year at Niagara.

Like Delmas, Cooley and Stenlund are also excited about the upcoming season, and the possibility of making the NCAA tournament and competing for a national championship. Cooley has enjoyed some down time over the summer, but he’s also been working with skating coaches and on his overall game.

“We've been growing and getting better every year,” Cooley said. “So it'll be interesting and fun to be a part of what we do next year, and I think it's gonna be an even better year. I think, you know, myself and everyone else is really looking forward to it.”

Stenlund, who returns to the area from Sweden this weekend, is looking forward to doing what he can to help the team succeed.

“I’ve been working hard all summer since I've been home, and just practicing and working out as hard as I can to get ready for next season,” he said. “I'm just going to play my game and contribute the way I can, which is probably a little more offensive style. I want to keep going and push the program forward.”