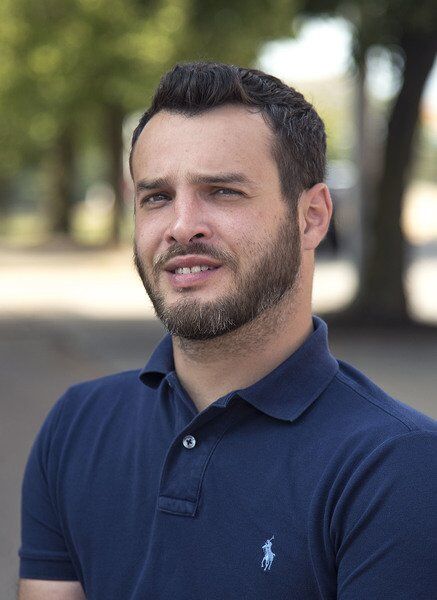 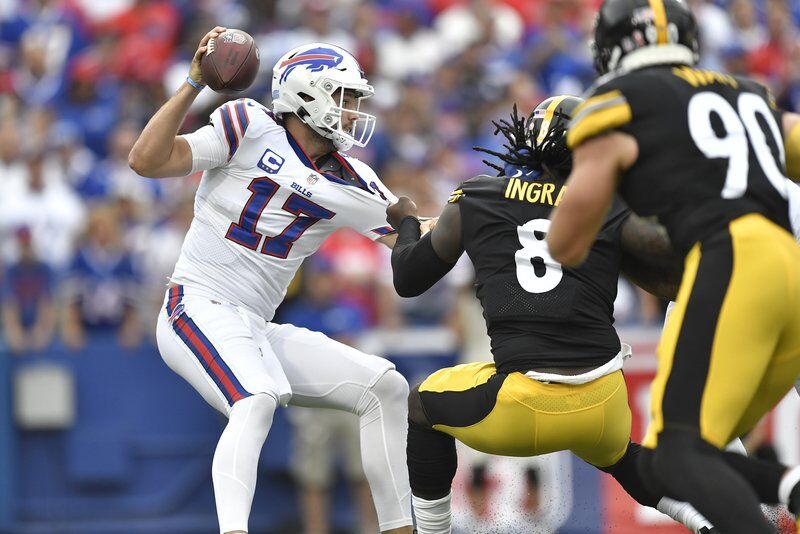 Buffalo Bills quarterback Josh Allen (17) is pressured by Pittsburgh Steelers linebacker Melvin Ingram (8) during the first half of a game Sunday in Orchard Park.

Buffalo Bills quarterback Josh Allen (17) is pressured by Pittsburgh Steelers linebacker Melvin Ingram (8) during the first half of a game Sunday in Orchard Park.

For 25 years, the Bills and their fans have yearned for a quarterback somewhere in the realm of Jim Kelly. Josh Allen delivered a season that surpassed anything Kelly put forth individually during his Hall of Fame career.

And fans returning to Highmark Stadium at full capacity for the first time in nearly two years greeted him as one would expect. Allen’s introduction was drowned out by a deafening roar that shook the stadium. It was a sign of love and adoration, but it was also a sign that Buffalo’s standard for Allen has changed.

Everyone inside the stadium and most watching on television thought Allen would throw for more than 300 yards and at least three touchdowns, because that’s what he did last year. Instead, he spent most of the afternoon running for his life from a vicious Steeler pass rush, didn’t hit 300 yards, and although his lone touchdown pass was a laser to Gabriel Davis, the Bills only found the end zone once.

Contrary to popular opinion, Allen did not play poorly against Pittsburgh, especially when many would have considered 270 yards and completing nearly 60% of his passes was a successful outing prior to last season. No, Allen was simply decent. But decent won’t be good enough for fans or for the Bills to contend for a Super Bowl.

Allen statistically played better than any of his two prior games against the Steelers, both of which were low-scoring affairs that resulted in Buffalo wins. He largely stayed away from game-crippling mistakes, even under duress. He was limited to underneath throws but missed some open receivers, including a few downfield opportunities.

The game left two conclusions: Allen still needs to be consistently elite against the NFL’s elite teams to warrant the M-V-P chants he was serenaded with prior to the game and the Buffalo coaching staff also needs to be better in such games.

To be considered one of the best quarterbacks in the game, Allen must deliver regardless of the opponent. Sure, Pittsburgh boasts one of the best defenses in the league, but the likes of Tom Brady and Patrick Mahomes rarely underwhelm against such opponents.

Against the Steelers, Allen looked much like he did in the final two postseason games last year when he completed 60% of his passes and was sacked six times. Allen was OK in those games, but not nearly what we saw during the regular season or the Wild Card win over the Colts.

For Allen to be consistently special, he also needs help from the coaching staff, particularly offensive coordinator Brian Daboll. Last season made clear Daboll and the Bills prefer to put the ball in Allen’s hands the majority of the time. But the lack of mystery was harmful on Sunday as they ran the ball on 25 of 76 offensive plays.

Normally that may not be a bad split for a team with a quarterback like Allen, but it also allowed the Pittsburgh pass rush to tee off with little fear of the run on an offensive line that committed four holding penalties and surrendered three sacks. The Steeler secondary could also play without worrying if the Bills would run the ball, allowing them to sit back and force Allen to check down all afternoon.

As the Bills have seen over the years — including in the Clyde Edwards-Helaire game against the Chiefs last season — even the best passing games can be derailed and relying on the run game occasionally is necessary.

With an exceptional player like Allen and a stellar coordinator like Daboll, it is likely the Bills bounce back next week and eventually return to the offense everyone expected against the Steelers. But if Allen is going to be Superman, Daboll needs to provide the cape.

Respond to GNN Sports reporter Nick Sabato via email at nick.sabato@gnnewspaper.com or on Twitter @NickSabatoGNN.