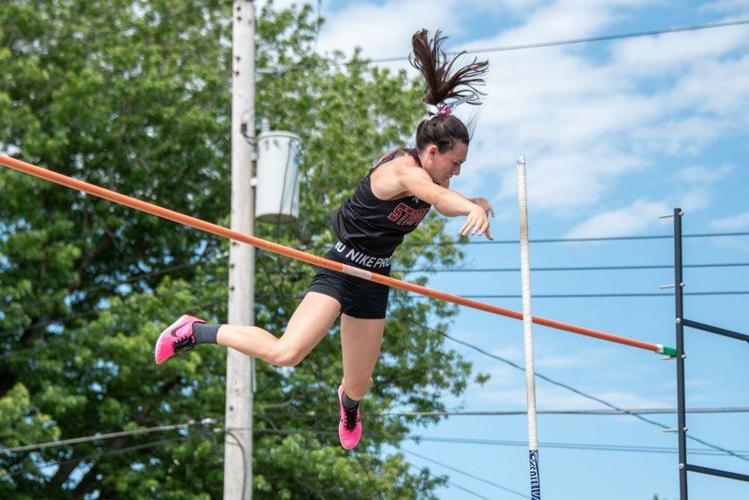 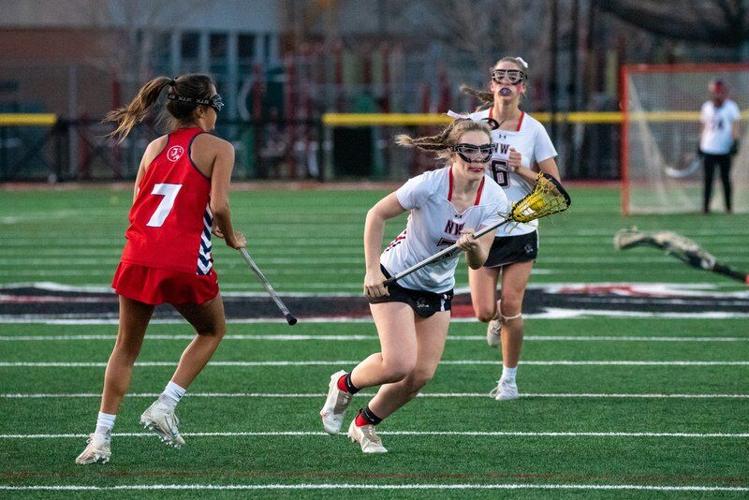 There are few things more enjoyable than watching a young athlete put talent to use and achieve something remarkable.

Greater Niagara Region athletes brought in a boatload of awards and championships during the 2021-2022 school year. From sectional championship swimmers to wrestlers and runners, it has been an impressive year of accomplishments.

Here are the 10 best individual high school athletic achievements from this year:

1. Starpoint’s Alyssa Armitage sets top state pole vault mark: MVPs and player of the year awards can be debated, but tape measures and stopwatches leave no room for ambiguity. Armitage may not have been the best pole vaulter the day of the state meet, but her top mark says there was no one better in the state this season. The senior won her second consecutive Section VI Divsion 1 championship with a vault of 13 feet, breaking her own Starpoint record. No other girls pole vaulter in the state had a better mark this season. She was one of nine who cleared 12 feet, something she accomplished three times during the outdoor season.

2. Lewiston-Porter’s Sarah Woods named state player of the year: The Lancers may not have won a state championship, but the state’s sportswriters felt there wasn’t a Class B girls soccer player better than Woods. She was named the New York State Class B player of the year after guiding Lew-Port to its first state final in 27 years. Woods was Section VI’s second-leading scorer with 94 points and was the leader in assists with 30. She was the only player in the section to tally at least 30 goals and 30 assists this season. In the postseason, Woods also tallied 11 goals — scoring two goals in each of the first five games — and collected nine assists.

3. Niagara Falls’ Jaden Crumpler reaches state finals: Heading into the Division 1 state wrestling tournament, Crumpler was seeded sixth in the 118-pound bracket, but he rattled off three wins in a row before falling in the waning moments to Northport’s Matt Marlow in the state title match. The junior finished 32-3 for the season, stacking 18 consecutive wins before falling in the final match. He was a Section VI champion for the second consecutive season, while also winning a Class AA sectional title by pinning all three of his opponents in the tournament.

4. Lew-Port’s Sophie Auer hoards awards: A true dual-sport athlete, Auer was named co-Niagara Frontier League girls soccer player of the year in the fall and took home the league’s co-player of the year for girls basketball in the winter. The junior was Section VI’s No. 3 scorer in soccer with 88 points and was eighth in basketball with 452 points. Auer was the first Greater Niagara Region girls hoops player to be named first-team all-state in 10 years. Auer had the game-winning assist in overtime of the state semifinals and made the game-winning basket in the Class B-1 sectional final.

6. Lockport’s Matthew Schaffert is Section VI’s fastest man: No sprinter in Section VI ran faster than Schaffert this season. The senior was the Division 1 sectional champion in the 200 meters in 22.86 seconds, while his best time of the season (22.48) came at the NFL championships. Schaffert may not have won the 100 at sectionals, but he posted the top outright time in the section (11.06) at the NFL meet. He also beat Clarence’s Section VI champion Tyler McGrath at states by running 11.19. Lake Shore’s Simon Connors ran 10.94 at the Division 2 state meet, but had a tailwind addition of 3.8 meters per second. Wind aid is considered when it exceeds 2 meters per second.

7. Grand Island’s Brian Bielec collects championships, records: No Grand Island wrestler finished their career with more wins than Bielec, who amassed 197 over six years. Bielec broke the school record at the Class A meet en route to winning his fourth sectional championship. Bielec also was the Section VI Division 1 172-pound champion, marking his third overall sectional title. He won his first 44 matches of the season and finished 46-2, placing fifth at the state meet. Bielec ended his career with an 81-match streak without being pinned.

8. Starpoint’s Veda Jauch sweeps sectional throwing events: Jauch became the second Starpoint thrower in three seasons to sweep the shot put and discus at the Division 1 state qualifier. The senior repeated as section discus champion with a throw of 121 feet, 10 inches and won her first shot put title with a heave of 36-4.75. Jauch took sixth at the Division 1 state meet and then bounced back fourth at the Federation state meet in the discus and was sixth in Division 1 in the shot put with a career-best 36-9. Her best discus throw of the season was 122-3.

9. Niagara Wheatfield’s Tristan Davis leads Section VI: The junior was the Section VI girls lacrosse leader with 80 goals, edging Lew-Port’s Sophie Massaro by one. In her second varsity season, Davis tallied 97 total points, which bested Lake Shore/Silver Creek’s Ava Tallchief by one. She scored a goal in all 18 games and scored at least three goals 16 times, including eight games of five or more.

T-10. Wilson’s Tyler Johnston ties Section VI strikeout record: In his first start of the season, the freshman struck out 20 batters in a no-hitter against Lyndonville on April 4. Johnston’s performance tied a 62-year-old section record set by North Collins’ Bob Hammond. He was one walk from a perfect game and all but one out came by strikeout. Johnston managed to complete the performance on 84 pitches, with 71 being strikes.

T-10. Medina’s Greg Thompson runs wild at Highmark Stadium: A snowy day turned profitable for Greg Thompson. In the Section VI Class C football championship game, Thompson ran for 265 yards and four touchdowns on 10 carries as the Mustangs rolled Fredonia 58-6. In the previous 10 games, Thompson was used more as a receiver, compiling 271 rushing yards and one touchdown on 25 attempts.