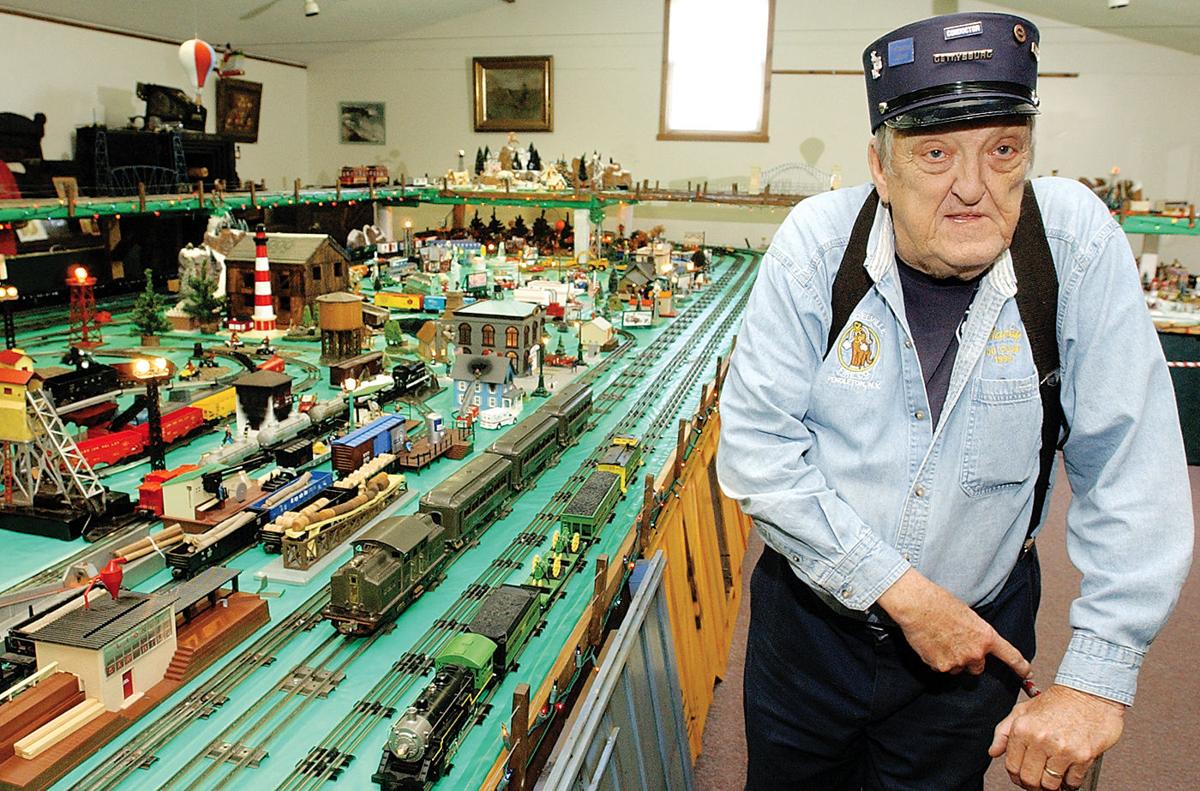 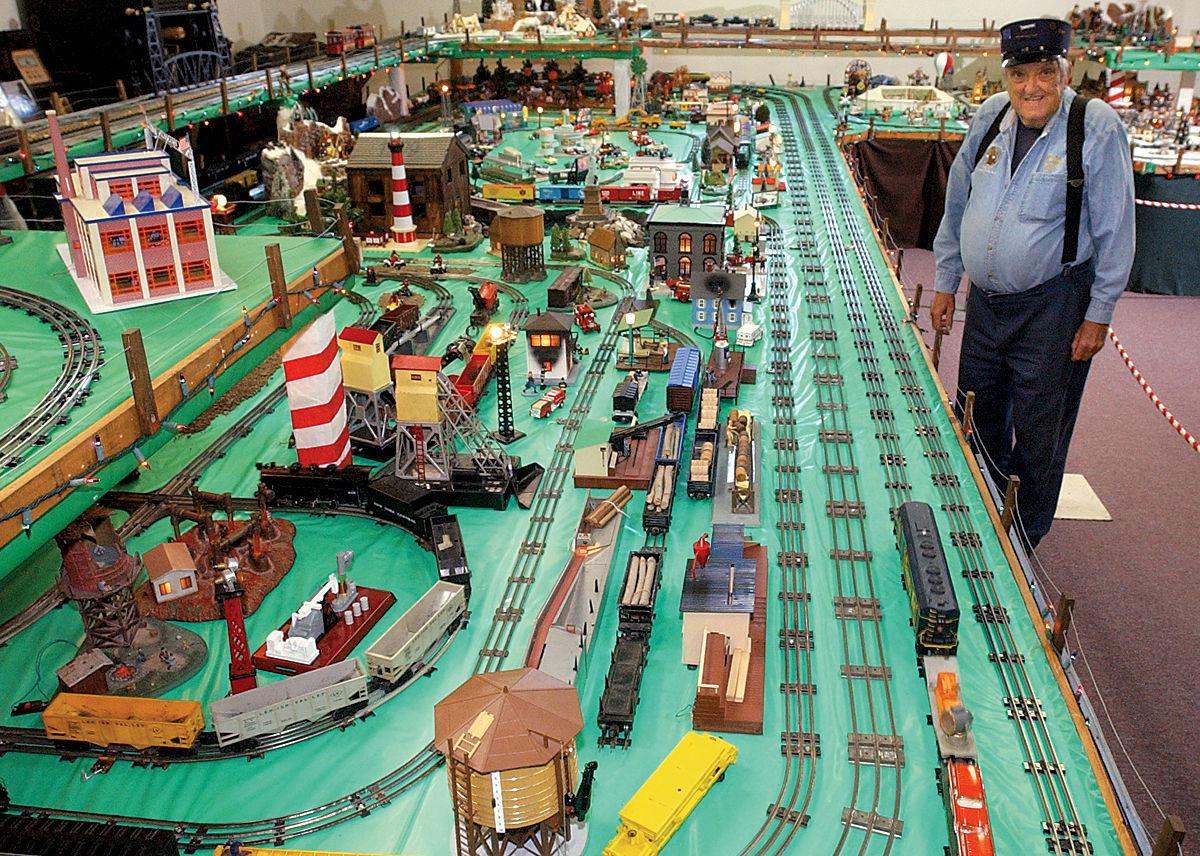 PENDLETON — As the model train rumbles by, the tiny scenarios come to life. Firemen climb a ladder to put out a blaze, as real water squirts from the hose and real smoke comes out of the tiny home. Nearby, a helpless maiden lies tied to the tracks, until the last second when a Canadian Mountie steps in to rescue her. In the middle of it all, a windmill turns, as the water goes into a pond stocked with real goldfish. There are dozens of hidden stories and scenes happening at this year’s model train display at the Pendleton Historical Society. This is the tenth year for the model train display, and it’s grown a lot since it first began, according to historical society president Marty Gilbert. “It started out basically for just some of the town people, kids to come down,” he said. “Well, each time it’s mushrooming out bigger and bigger and bigger.” The display began as a fundraiser for the Pendleton Historical Society, located at 6570 Campbell Boulevard. In years past, the display has raised as much as $2,000, Gilbert said. Tickets cost $2 for adults and $1 for children ages 6 to 12. Children under 5 will be admitted free. This year, the display includes over 1,000 feet of track, over 20 trains and hundreds of accessories, dating from the early 1900s to the present. Each set piece is wired independently. Underneath, a complicated nest of wires connects each one to the power source, which is why Marty, together with his son Robert, has been working for weeks to put the whole thing together. Some people have said Marty should make the display permanent instead of taking it down and putting it back up every year, but he said he’d rather have every year’s display be new and different. “It’s never set up the same,” he said. “It’s not landscaped like a permanent layout would be. On the last day, we’ll start tearing it down that night. Mainly to take a couple of the trains home and put one under my own tree.” Model trains are a passion for Marty, who has been collecting trains since he was a small boy. “You get hooked on them,” he said. “I’ve had one since 1938. As a matter of fact, it’s still running in there.” Marty said more people are interested in model trains than ever, especially as technology evolves. “Of course now with the new ones they’re all computerized,” he said. “There’s so doggone much you can do with these things.” Robert said the show gets bigger every year as more technology is released. “Now they have microphones, where I can talk into the microphone and it’ll come out the train,” he said. “We just keep buying more and more.” Aside from the main display, there will be a smaller display of Thomas the Tank Engine trains, which Marty said are popular with young children. Many antique trains can be viewed in display cases, including the oldest train in Marty’s collection, from 1924. The show will be held every Friday, Saturday and Sunday in December. The hours are 5 to 9 p.m. on Fridays, 10 a.m. to 9 p.m. on Saturdays and 10 a.m. to 7 p.m. on Sundays. Santa will be there to visit with the kids on Saturdays and Sundays from 1 to 5 p.m. There will also be refreshments available, including homemade pies, cakes, cookies, coffee, pop and popcorn. Marty said people often spend a lot of time taking everything in. “The majority spend an hour, two hours,” he said. “We hope to get a nice crowd.” Both Gilberts said they hope the train display will help spread the love of model trains. “It’s amazing the interest a lot of the young kids have in model railroading,” Marty said. “I’d rather see a kid down in the cellar playing with a train than on the stupid computer.” 10th ANNUAL MODEL TRAIN DISPLAY n WHAT: More than 1,000 feet of tracks and over 20 trains n WHEN: Fridays, Saturdays and Sundays in December n WHERE: Pendleton Historical Society, 6570 Campbell Boulevard (Rt. 270) n COST: $2 for adults, $1 for children ages 6 to 12, children under 5 free