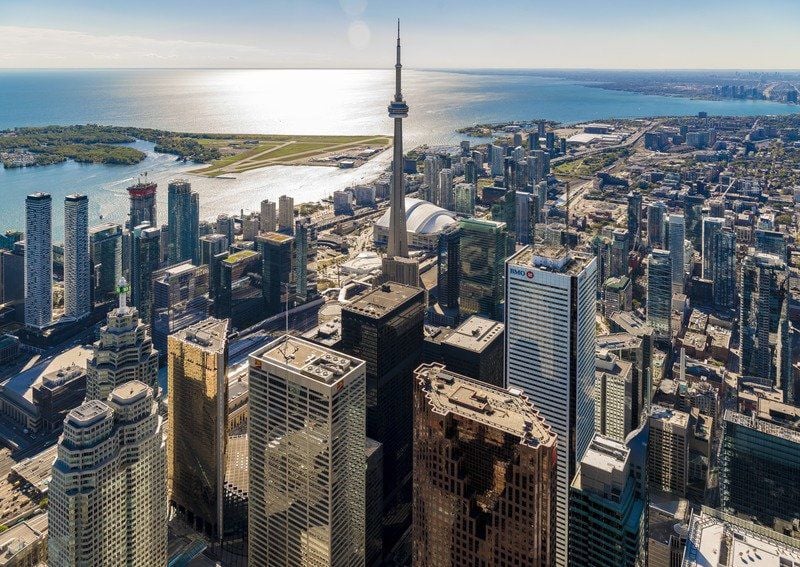 Contributed PhotoThere’s much to do in Toronto and Tourism Toronto made sure people in the Western New York area know about all of it. 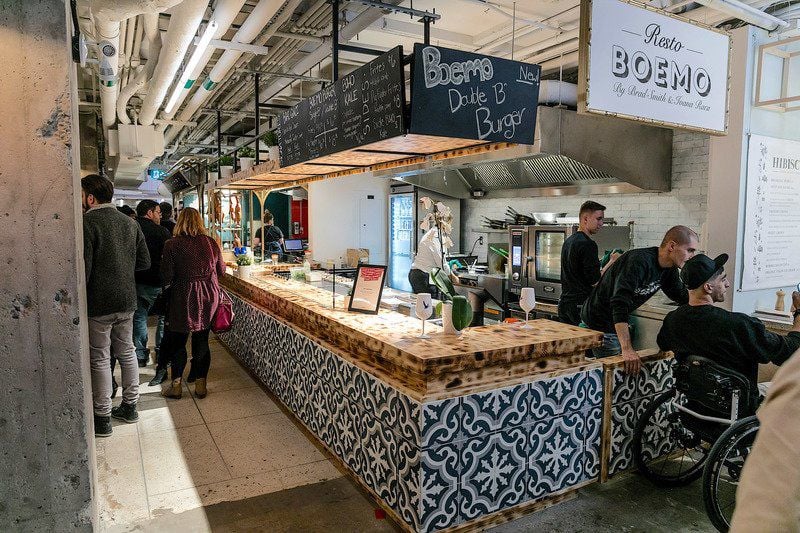 The Assembly Chef’s Hall is open now with 17 chefs attracting foodies in Toronto. 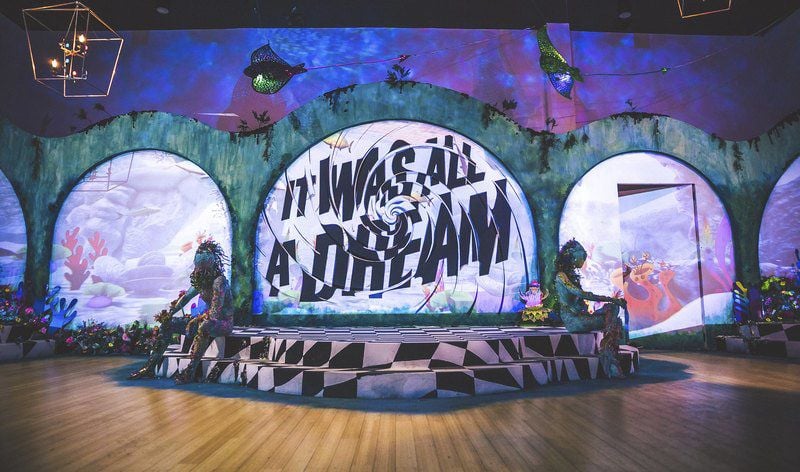 The “Underwater Ballroom” at the Fun House artist pop up in Toronto comes to life with an app. 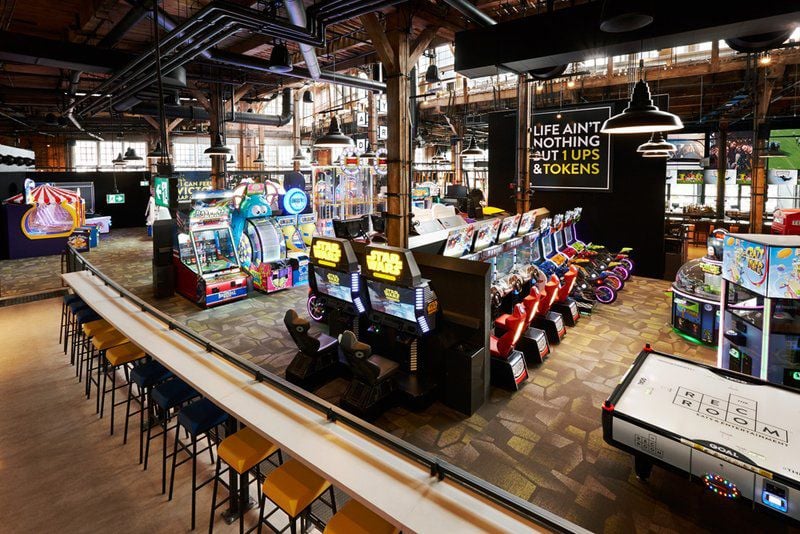 The Rec Room in Toronto, a playroom for adults. 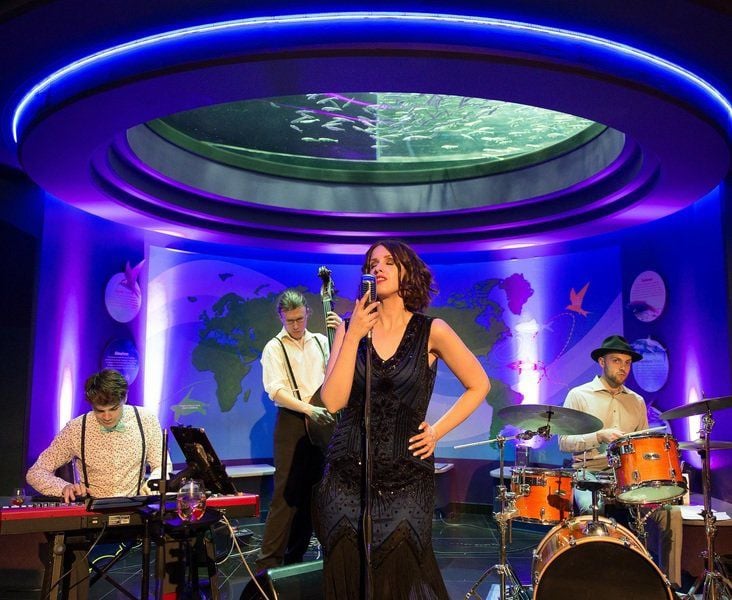 Friday Night Jazz at Ripley’s Aquarium in Toronto is an adults only event with adult beverages and an aquarium to explore without crowds.

Contributed PhotoThere’s much to do in Toronto and Tourism Toronto made sure people in the Western New York area know about all of it.

The Assembly Chef’s Hall is open now with 17 chefs attracting foodies in Toronto.

The “Underwater Ballroom” at the Fun House artist pop up in Toronto comes to life with an app.

The Rec Room in Toronto, a playroom for adults.

Friday Night Jazz at Ripley’s Aquarium in Toronto is an adults only event with adult beverages and an aquarium to explore without crowds.

I was invited to lunch at Chef’s Restaurant in downtown Buffalo recently.

It was for an event hosted by Tourism Toronto for members of the Buffalo-area media so they could share some details on what’s happening in Toronto this summer.

I went for a few reasons. First, and most obvious, I don’t often get a chance to dine at Chef’s, a legendary Italian restaurant on Seneca Street. So they sort of had me there.

Secondly, I love Toronto. Every time I go there I have a really great time. The memories of taking my two young sons to see “The Phantom of the Opera,” at Pantages Theatre are among my favorite. But since the bridges get so jammed up on the weekends I don’t go as often as I like. I haven’t been there since last summer.

Third, as someone who cares deeply about the prosperity of all the municipalities of our region, from North Tonawanda to Medina, I am always interested in how other cities lure tourists and entertain visitors.

In the interest of research, I went to the lunch with about 10 other media types and enjoyed making new acquaintances, like Michele Miller from WNY Family Magazine, and seeing old friends, including Debbie Williams, a former colleague from my days in the Courier-Express newsroom.

We ordered off the menu and I had a lunch special of the Spaghetti Parmesan. Fun fact here — the parm so many people love at that restaurant has a secret ingredient which I am told is butter, added to the pasta before tossing with a bit of red sauce, then slathering the pasta in melted mozzarella before serving with a side of red sauce. The dish did not disappoint.

The were three lovely ladies there representing Toronto Tourism, The Chelsea Hotel and Ripley’s Aquarium in Toronto. There was no spiel, just friendly conversation and a bag to take home which included a list of cool events happening in the city this summer, some chocolate and a pair of cute socks from the Ripley’s Aquarium.

I heard about how the Ripley’s Aquarium hosts adult-only evening events, which include Friday Night Jazz nights where grownups can move more freely around the facility because there are fewer crowds while enjoying aquatic animals, libations and good jazz.

Toronto is full of the trendiest entertainment opportunities, including an offering of some of the top Broadway shows including “The Book of Mormon,” “The Lion King,” “Come from Away,” and “Dear Evan Hansen.”

We talked about a new Assembly Chef’s Hall on Richmond Street West in Toronto, which offers 17 chefs the ability to craft their own upscale menus at cooking stations in a dining hall, where diners can come and create a global culinary adventure. Such food halls are popping up in cool cities all over the world.

And then, there are the pop ups, places where people can go to have an immersive experience, including one called the Fun House, created by an assortment of artists that sounds a bit like dropping down Alice’s rabbit hole in Wonderland.

I spoke later by phone with a representative of Fun House, Stephanie Ngan, who said the idea was sponsored in part by Universal Music Canada, which provided sound for the experiential art gallery. There’s an app which allows users to see the art come to life.

Popups, in general, are often created for those who want cool backgrounds for photos of themselves to post to their social media sites, but a representative of the Fun House told me that this popup is all about the artists.

There’s another adults only popup opening in Toronto July 5 which will be made entirely from Legos called Brick Bar and another called Eye Candy with giant candy, cherry blossoms and other weird and wonderful stuff to pose with. Google any of these to learn more. And while you are online, check out the Rec Room, an adult-only video game, play space and restaurant.

There was talk at the lunch about increased travel opportunities via Amtrak, which always makes a trip to Toronto more manageable. Right now, a train is available from Niagara Falls’ Amtrak Station to Toronto only in the evenings. The ride is about 3 hours and 30 minutes and costs about $60. The return train comes back in the early morning. So, it’s still not particularly convenient. There is the Go Train, which is expanding its service between Niagara Falls, Ont. and Toronto. And lots of people are working on making transit in the region and to Canada easier, so that’s something to look forward to.

Meanwhile, as I was learning about the many things to do in what they call “Canada’s Downtown,” this summer, which you can learn about at www.seetorontonow.com, I couldn’t help but wonder how these ideas could be explored and recreated in the Niagara region, including — whether small business or tourist attraction — the very simple idea of joining together and inviting groups of opinion makers to lunch to tell them about who you are and what you are doing. You likely think people in the area already know, but many of them don’t.

Such events can be delicious and informative. Thus, everybody wins.

Contact Lifestyles Editor Michele DeLuca at 282-2311, ext. 2263 or email her at michele.deluca@niagara-gazette.com.