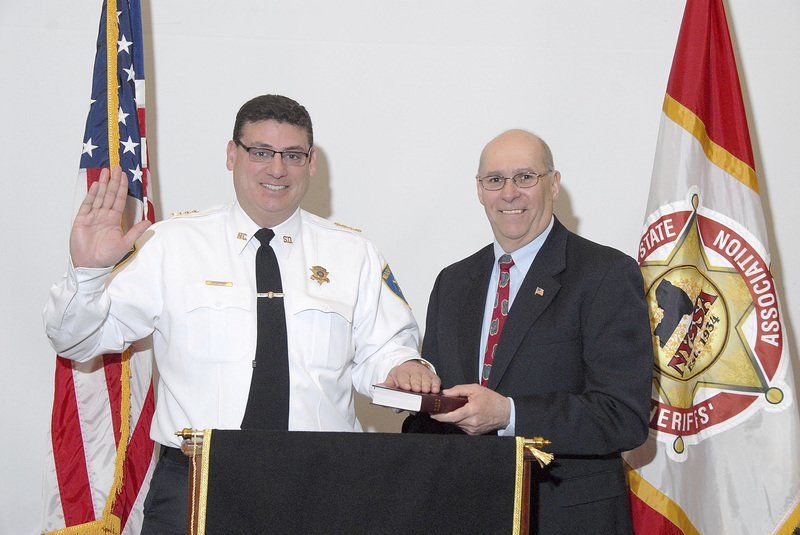 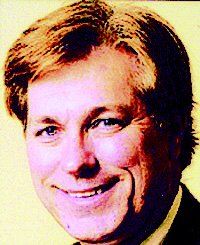 And now, he’s even busier.

Voutour is the newly elected president of the New York State Sheriffs’ Association. He was tapped for the association’s top spot at its 81st Annual Winter Training Conference in Albany.

Making the moment more special, Voutour was sworn in by his former boss and mentor Tom Beilein. Beilein is currently the chair of the New York State Commission of Correction. Voutour served as Beilein’s chief deputy during his time as Niagara County Sheriff.

As the association president, Voutour will work with New York’s sheriffs to further the efforts to enhance public safety across the state through professional training and accreditation programs, public safety programs and advocacy.

The association is a not-for-profit corporation, formed in 1934, for the purpose of assisting sheriffs in the efficient and effective delivery of services to the public. It comprises all of the elected and appointed sheriffs of New York State.

Getting down to business

One of the most interesting aspects of covering the sheriff’s office under Voutour has been his constant effort to move that department forward with cutting edge law enforcement training and programs. He has been a relentless innovator.

So it’s probably not surprising that he has immediately jumped into his work by representing the state Sheriff’s Association on the national stage. Voutour, by virtue of his position with the state association, represents New York on the National Sheriffs’ Association.

The national association announced on Friday that all of the known candidates interested in seeking the presidency in 2016 have been invited to its 75th Anniversary Conference and Exhibition set for June 29 and 30 in Baltimore.

The forum will allow the candidates to speak face to face with the nation’s 3,080 sheriffs.

“The candidates will field questions submitted by sheriffs from around the country on issues of concern to law enforcement,” Voutour said. “This is a great opportunity to hear candidates’ positions on law enforcement issues that affect us, like immigration, sentencing guidelines, community policing and in-jail services.”

We’ll check in after the conference and find out what Voutour asked the candidates and what he thought about their responses.