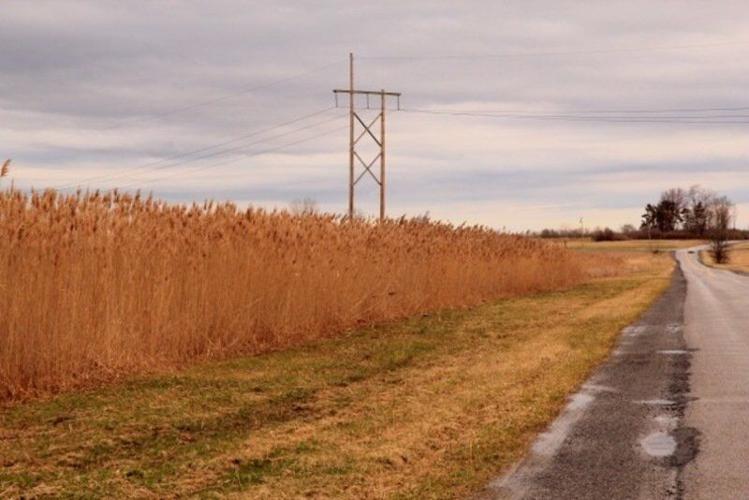 A "wall" of phragmites along the Meadville Road off Route 77. (Photo by Douglas Domedion) 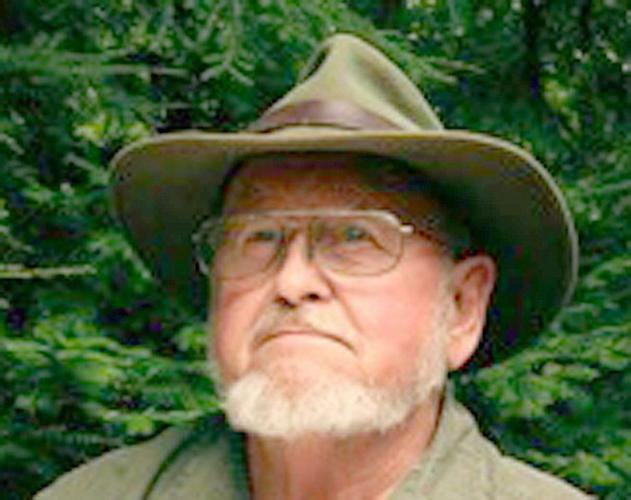 A "wall" of phragmites along the Meadville Road off Route 77. (Photo by Douglas Domedion)

What is phragmites? It is a non-native perennial wetland grass that grows up to 20 feet tall with dull, very slightly ridged, stiff and hollow stems. It creates dense patches where these tall canes remain visible in winter. It develops bushy, light brown to purple plumes (seeds) which are composed of spikelets that bloom July-September. These plumes are 8 to15 inches long and resemble feather dusters. These “dusters” remain on the tall, tan-colored canes all winter.

So where did this non-native plant come from? Some non-native species are brought into this country by folks that thought they were great things, like the mute swan, house sparrow and starling. Others are by accident in shipments from other countries (like our ash borer that is destroying all our ash trees) who have now become serious problems to our ecosystem. This non-native phragmites was introduced here from Europe in the late 18th or early 19th century in ship ballast.

It has been slowly spreading around the country and is now becoming a serious problem that doesn't seem to be getting any control applied to it, if that is even possible now. I have watched it steadily spread and produce very dense stands in our “Alabama Swamps” both on state and federal areas for many years now. This process started slow but now seems to be covering many spots in these areas more rapidly.

What is the problem with this non-native species? It eventually forms dense monocultures where once there were hundreds of different plant species, thus reducing the number and variety of wildlife an area can support. It has no benefits for our wildlife as it is not used for food or nesting and drowns out all the things our birds and other wildlife need. It also produces a fire hazard with its large volume of die-back every year which easily catches fire. It has been found that this species also holds a higher populations of ticks than stands of native plants.

Another problem I can see in the future is how it will be clogging up our drainage ditches and thus will be causing flooding. It seems to be everywhere and it doesn't seem like much is being done about it.

Phragmites spreads by seeds of course but one other way seems to be its ability to spread by stolons (lateral vegetative growth of the stem). Rhizomes, the underground root structures of the plant, when fragmented through ground disturbance either by erosion, working of the soil, ATV's and etc, have the potential to become re-rooted when they are deposited in other areas.

This non-native plant is very hard to destroy or control because of the dense and tall colonies it forms. Aquatic herbicides are often the most effective and least disruptive method of achieving long-term control. Given the sensitive nature of the environments that it colonizes it is necessary to use special low-ground pressure amphibious track vehicles to access the areas and the extreme caution must be used while spraying as to not destroy the surrounding “good” vegetation.

Some control can be done by cutting, but that has mixed results. Another is by burning when used in conjunction with herbicide. Burning will not only destroy the portion of the grass that is above ground, but will also heat up the soils and dry out the rhizomes and any dormant seeds, killing them as well.

Post herbicide application such as cutting and mulching of the phragmites is often beneficial in accelerating the rate of native plant recolonization. The removal of the tall dead stalks allows improved sunlight exposure to the marsh deck or wetland floor that facilitates germination of the dormant native seed bank. Successful phragmites control is a multi-year endeavor, 3-5 years of annual management. How much control is being applied on to our local Iroquois National Wildlife Refuge and the two NYS Wildlife Management areas I do not know but it sure seems to be getting thicker and more spread.

If you would like to get a closer look at phragmites there is no better place than along Meadville Road off Route 77 on the Tonawanda Wildlife Management Area. It's growing like a wall on both sides of the road and you can get a good look at it without getting out of your vehicle. Once you see it you will be able to see how widespread it is getting across the state in your travels.

I want to apologize to the readers of this column as in the April 14 column I mentioned the supposedly big “Spring into Nature” event at the Iroquois National Wildlife Refuge Headquarters on Casey Road on May 7. After asking me to mention it in my column they neglected to inform me that it had been canceled.