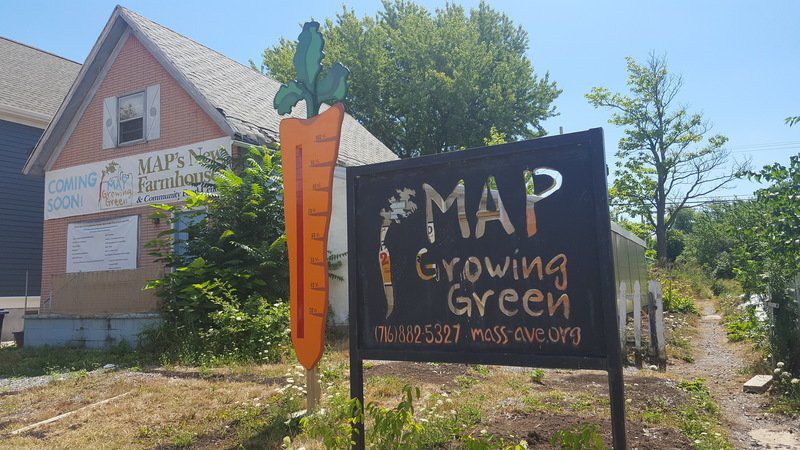 The current site of the Massachusetts Avenue Project in Buffalo. The inset shows an architectural drawing for the farmhouse to be built this year. Niagara Falls is considering a smaller version of the program. 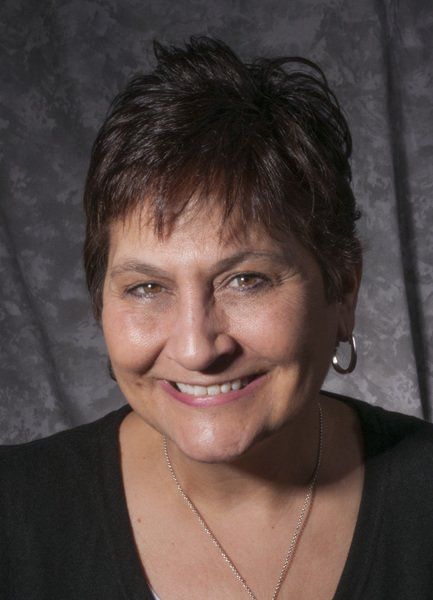 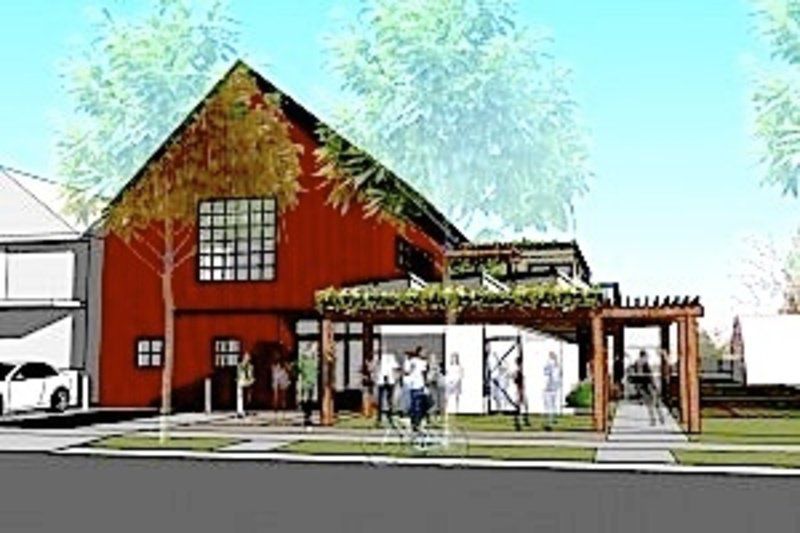 The current site of the Massachusetts Avenue Project in Buffalo. The inset shows an architectural drawing for the farmhouse to be built this year. Niagara Falls is considering a smaller version of the program.

I went down to the farm on Tuesday. I didn't have to go far.

It was located on the lower west side of Buffalo.

I wanted to see for myself where a new $2 million farmhouse is being built this year, creating a community hub for healthy food, jobs and advocacy.

It's pretty cool. The project is called Massachusetts Avenue Project or MAP, and I wondered whether it might be an idea someone might consider one day for Niagara Falls.

This year, on the site of an old house and an adjacent couple of vacant lots, the new farmhouse is being built as a centerpiece to inform and inspire people to grow food, eat well and make other positive life changes.

Currently there is an old house on the property which will be razed and small growing areas, including a large open greenhouse. For the past 13 years, the farm has been producing fruits and vegetables for the surrounding communities along with, more recently, fresh eggs and meat from farm chickens and tilapia raised in the fish hatchery. This year, the effort will be modernized and expanded with the infusion of 1.3 million in state money being provided to grow the program.

MAP's program director, Diane Picard, told me the new farmhouse will exponentially grow her program. "This is going to be a game changer for our organization and our community."

It's a major undertaking, designed to provide fresh foods and meats for Buffalo neighborhoods without supermarkets. It is also a place that employs city teens part-time as farm hands while teaching them about agriculture, nutrition and food advocacy. The young people also run the mobile market that goes into neighborhoods that are considered "food deserts," because of the sparsity of fresh markets.

Picard has been working for 13 years to get the program to this point, creating a living classroom where kids learn sustainable agriculture, practice low-tech methods of composting, and learn about pesticide and chemical-free food production. During the past seven years, 95 percent of the participating young people have gone on to college, most being the first in their family to do so.

Right now, MAP is a work in progress, the largest of about 15 urban farms in Buffalo, most privately owned. This summer, some aspects of MAP farm production have come to a standstill while the group awaits the start of construction. But, architectural images depict an urban wonderland, with a market place and community kitchen and cold storage along with training space and resources for micro-enterprise development.

I called our city's director of community development, Seth Piccirillo, to see if Niagara Falls has any plans to get into urban gardening. I was surprised when he told me, yes.

"We want to do something similar," he told me.

Piccirillo said the city is working with the owner of Niagara City Lofts, currently being constructed at the former South Junior High School building, to incorporate community gardens there.

"We're looking to start small," he said, "but we're definitely using the Massachusetts Avenue Project as a model, because food access should go along with housing."

He said that the city policy is changing so that any time new housing is built, thought is given to residents access to stores with fresh produce. "As a policy, moving forward, we evaluating how can we incorporate gardening and produce to the (housing) site."

That should be good news for us all. With medical costs rising so high, more nutritionists and health experts are talking about the value of eating fresh food and using terms like "food as medicine."

Wellness begins, they say, with what we eat. It's nice to know that efforts are are being made to encourage people to eat more fresh produce, especially when it's locally grown. In the long run, such measures will nourish an outlook that encourages every single one of us to eat better.