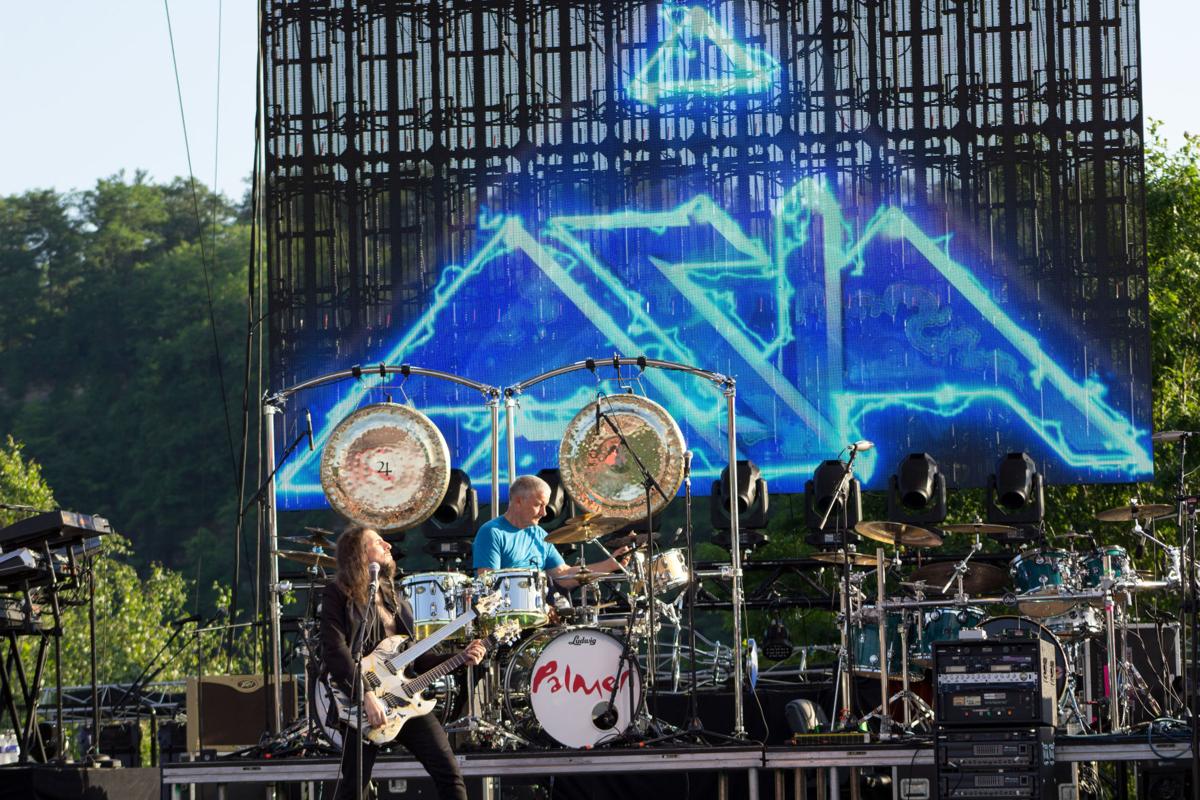 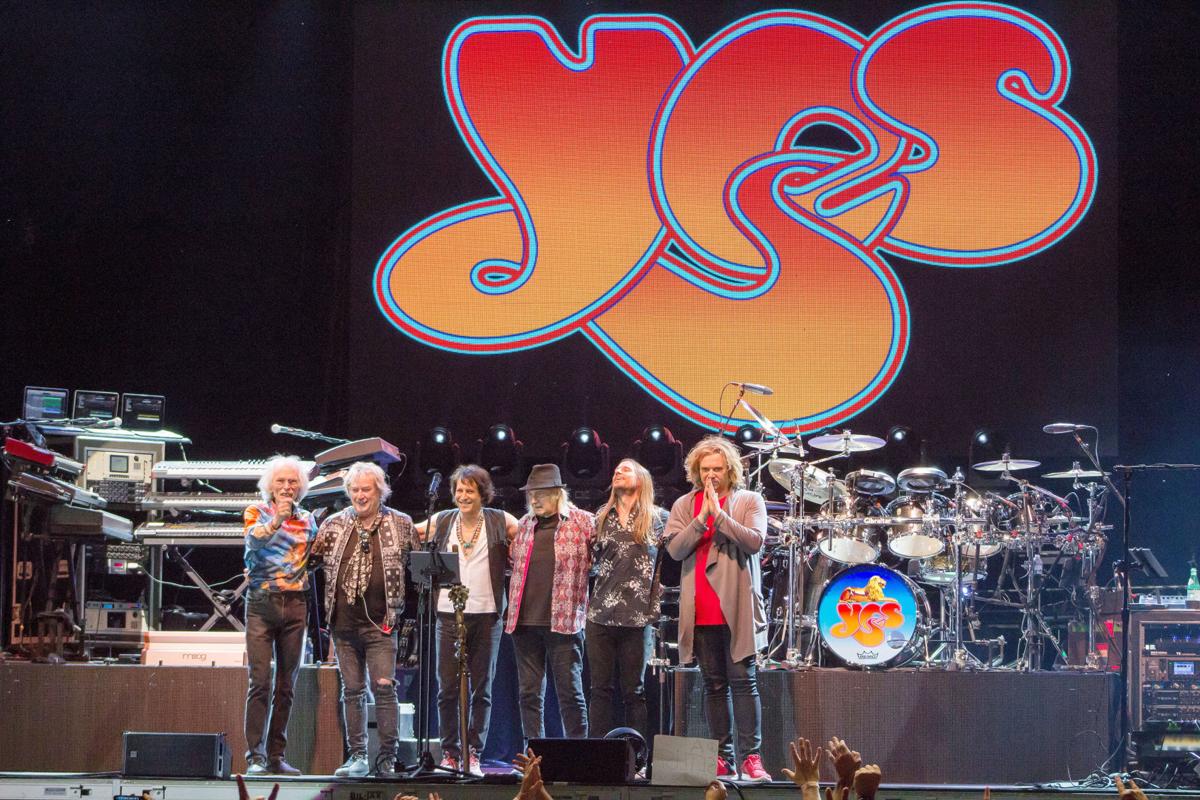 The members of Yes take a bow on Tuesday night at Artpark. 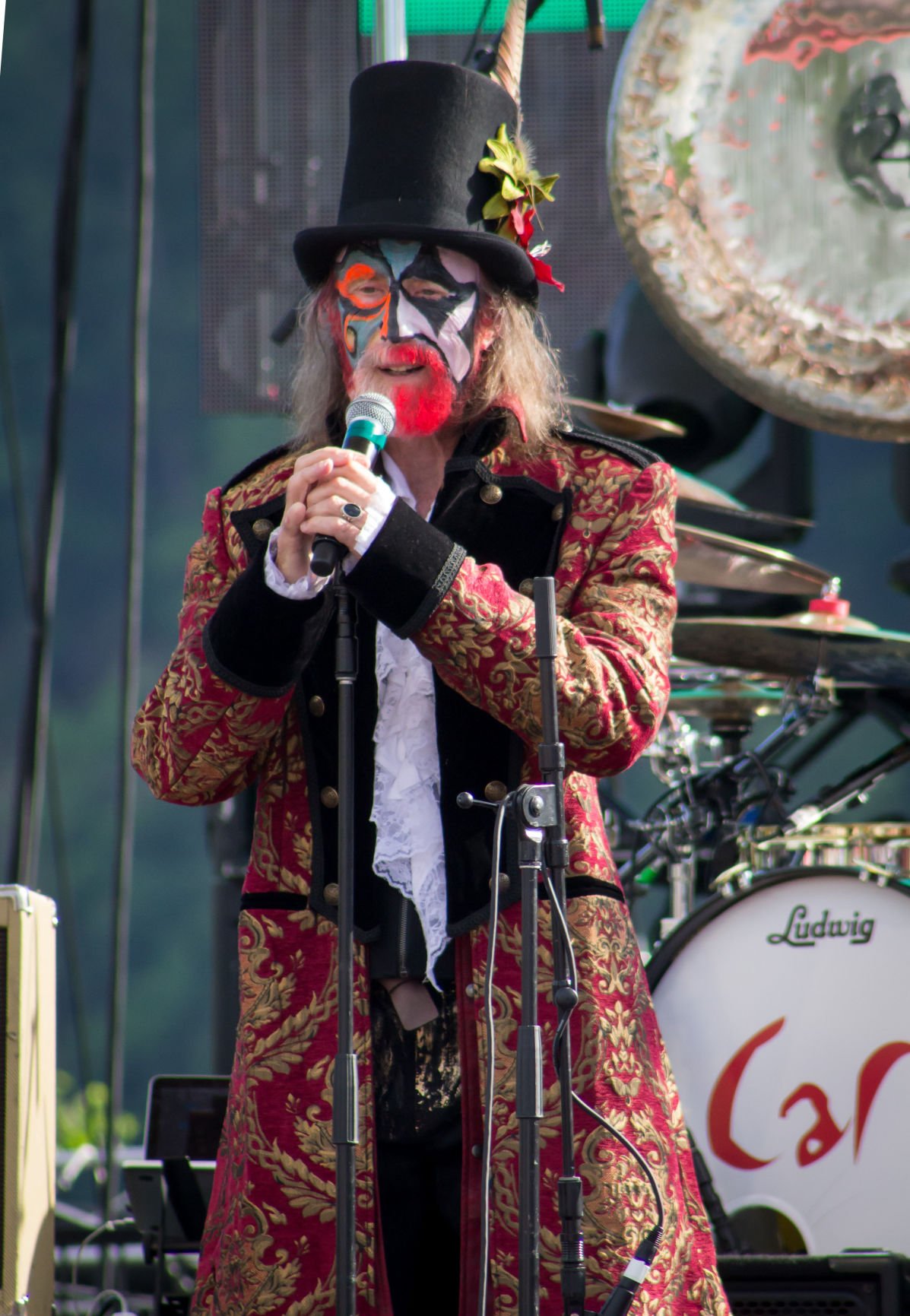 Arthur Brown talks with the crowd at Artpark on Tuesday night. 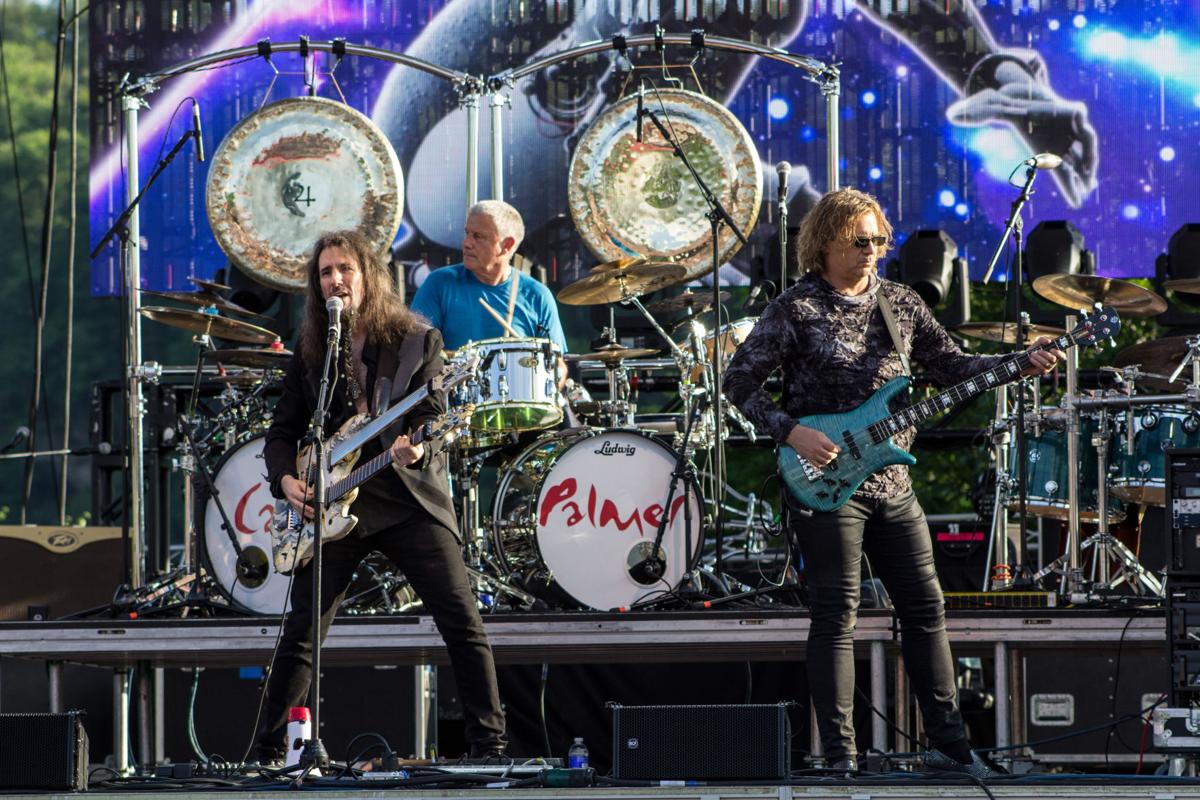 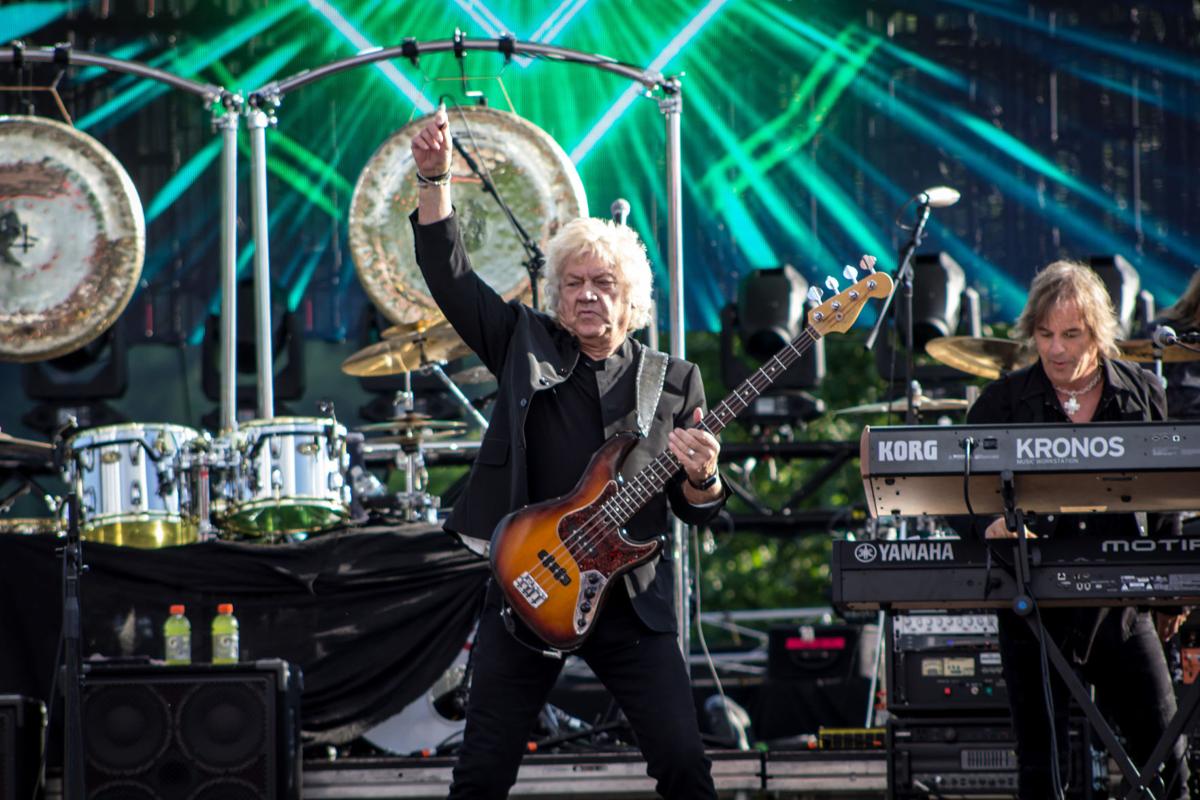 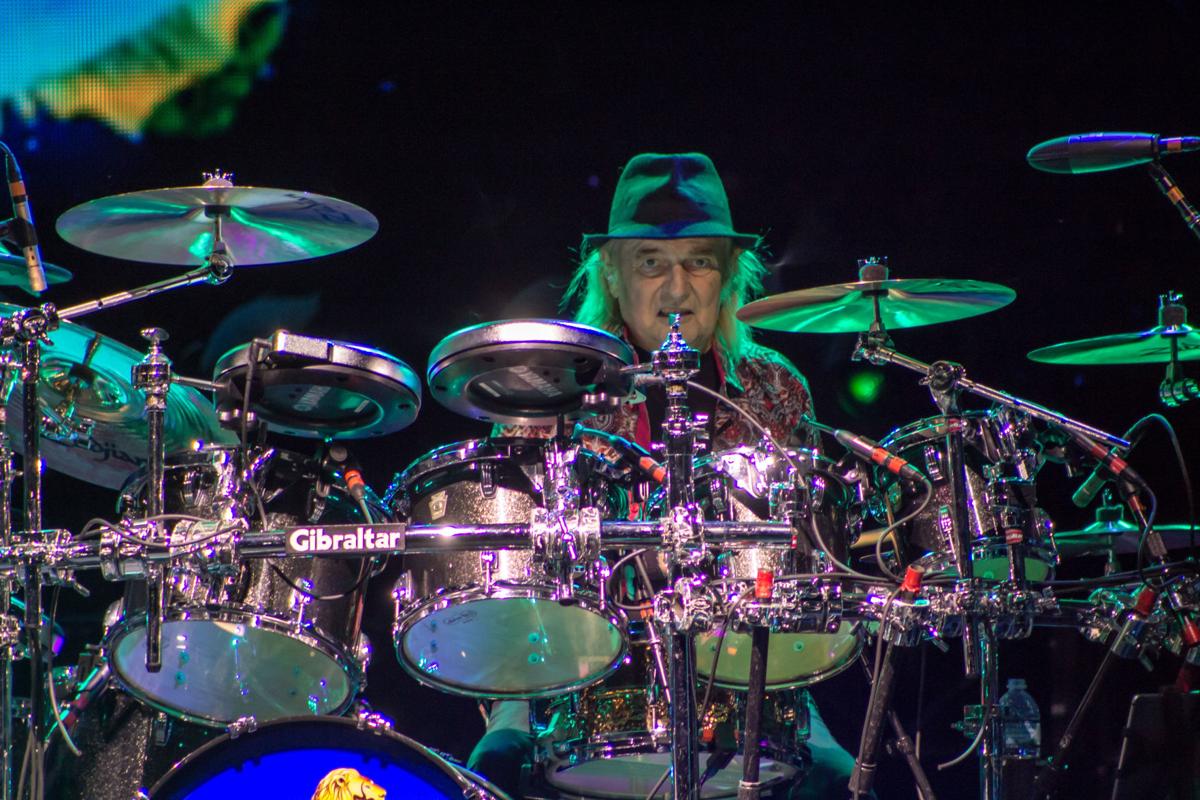 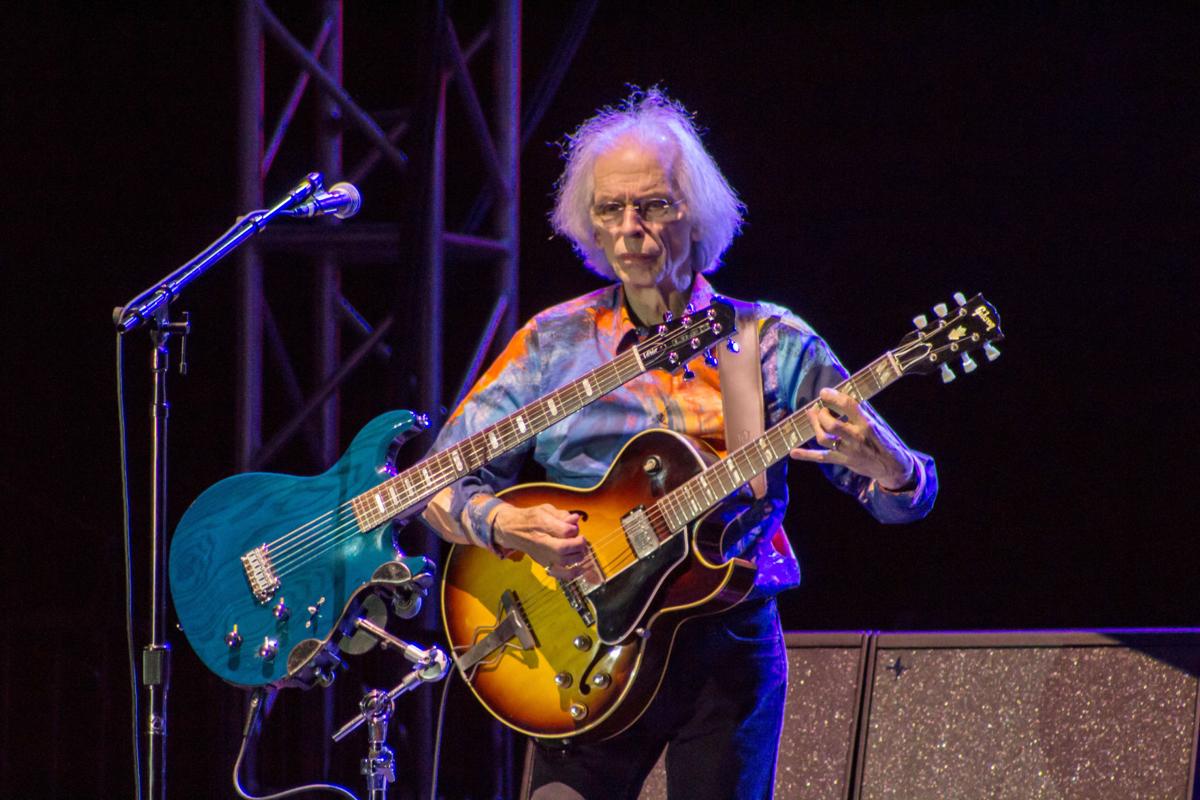 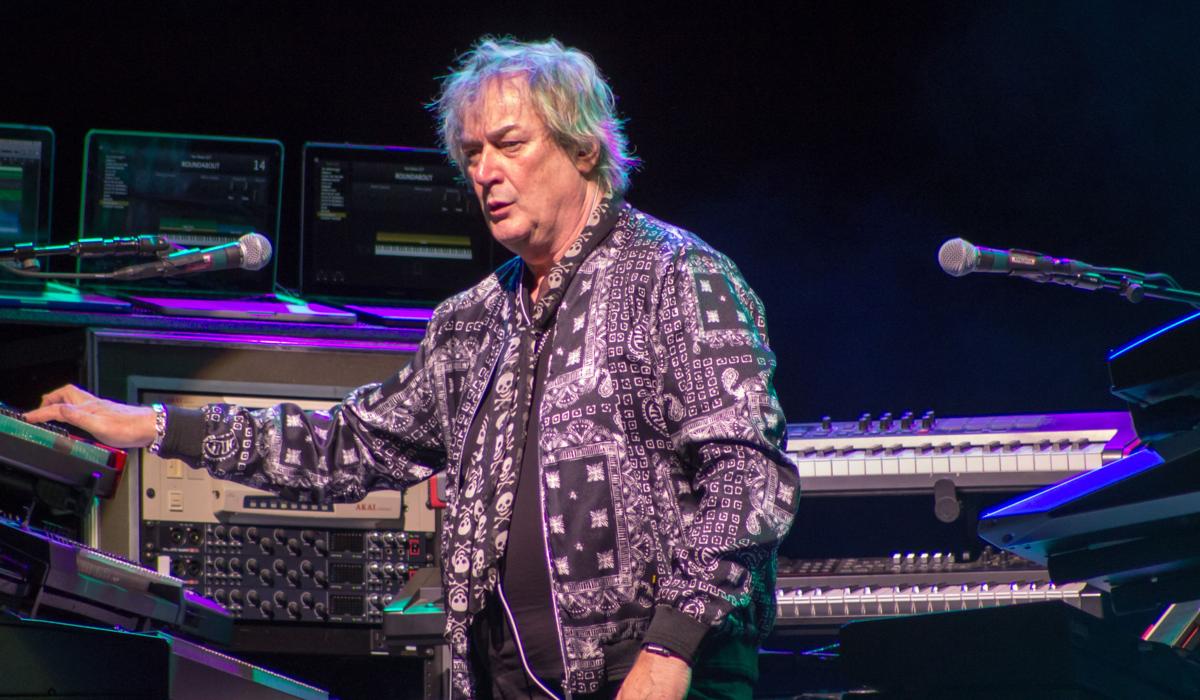 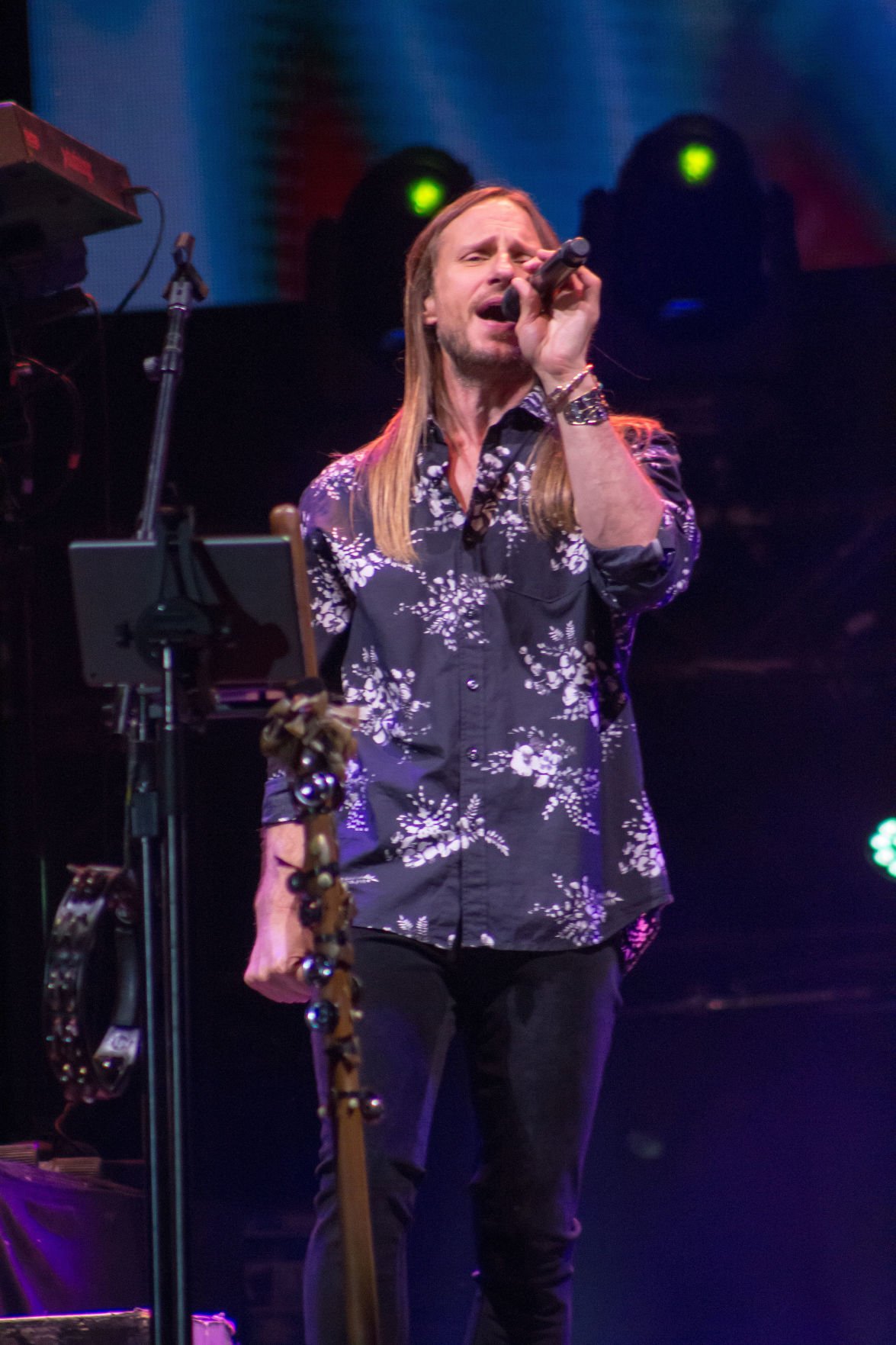 Jon Davison performs with the rest of the members of Yes on Tuesday at Artpark.

The members of Yes take a bow on Tuesday night at Artpark.

Arthur Brown talks with the crowd at Artpark on Tuesday night.

Jon Davison performs with the rest of the members of Yes on Tuesday at Artpark.

The progressive rock genre is known for its complex arrangements, lengthy songs with poetic lyrics, all of which don’t necessarily lend themselves to creating a party atmosphere. Asia was one of the first bands that moved the genre towards a more accessible sound, and while some prog purists may dismiss Asia as an overtly commercial supergroup there is no denying the fact that they put out some great music.

Even though Yes is the headliner of The Royal Affair Tour, it was Asia that provided the glue that brought the prog rock royalty together. The evening started with Asia drummer Carl Palmer’s unique take on his Emerson, Lake and Palmer material, and a well-deserved opportunity for Arthur Brown to show off his craziness one more time. It ended with Asia’s other founding members, Steve Howe and Geoff Downes digging deep in the Yes catalog, performing songs filled with so much energy you forgot you were at a prog rock show.

Each lineup had their challenges, in that they had to fill spots once held by prog rock legends. Palmer opted to replace the late Keith Emerson’s unique keyboard lines with guitar, and Greg Lake’s vocals with Arthur Brown, who sounds nothing like the late Greg Lake. It provided the perfect forum for Palmer to shine, and he proved that he is still one of the greatest rock drummers of all-time.

After Palmer’s short set, John Lodge of the Moody Blues powered through a selection of Moody Blues classics in what was a surprisingly high energy set from a band known for mellow and melodic hits. Lodge’s energy and enthusiasm was palatable, and even though he was sandwiched between Palmer’s ELP and Asia with barely any break, Lodge was able to get the crowd dancing, and took full advantage of his set time.

Asia had the biggest challenge of the evening. When former Guns N’ Roses guitarist Ron "Bumblefoot" Thal was announced as the group’s newest lead singer/guitarist, a lot of fans scratched their heads. Bumblefoot was not known for his vocal ability, but his approach to the Asia material was excellent. He even handled ELP’s “Lucky Man” and The Buggles hit “Video Killed the Radio Star” with ease.

The highlight of the Asia set was the final three songs where Steve Howe made his first appearance of the evening and performed on “Sole Survivor,” “Only Time Will Tell” and “Heat of the Moment.” The chemistry between Downes, Howe and Palmer is still able to create some magic, and Billy Sherwood nailed the bass lines while Thal assumed the role of lead singer, letting Howe play all the guitar parts.

Yes closed out the evening with a brilliant set filled with energetic deep cuts. In spite of the knock that the current lineup lacks any original members, the group has gelled musically and deserves respect for their unique approach to the classic material. Of all their appearances at the Tuesday series over the years, Tuesday night’s show was the best by far because they focused on material that played to the group’s strengths, and gave guitarists Steve Howe a chance to shine.

Vocally, Jon Davison has come into his own, and while I am a huge fan of original Yes vocalist Jon Anderson, what impressed me most about Davison’s vocals is that he has become comfortable enough with the material that he doesn’t try and mimic Anderson anymore. He also looks like he is having a great time and is able to work the stage with ease.

The Yes set closed with the 20 minute-plus “Gates of Delirium,” from their “Relayer” album. It was an ambitious undertaking, but they nailed it.

The evening closed with a moving version of “Imagine,” a song that Yes drummer Alan White played on Lennon’s studio version of, and “Roundabout.”

There was a lot of prog rock history onstage Tuesday night — and in the crowd. Album cover artist Roger Dean was hanging around talking to fans, Arthur Brown, Bumblefoot and other band members were out signing and shaking hands as well. The evening had a festival-like vibe, worthy of a royal affair.

Thom Jennings covers the local music scene for the Gazette.