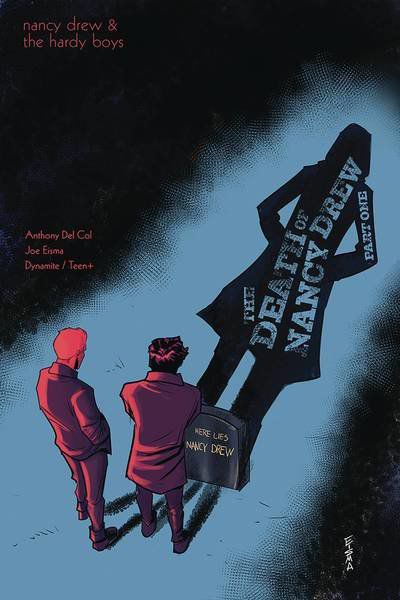 Contributed imageAs we are arriving at the 90th anniversary of  the female hero detective, a new comic series is coming in April — ‘Nancy Drew & The Hardy Boys: The Death of Nancy Drew.’ 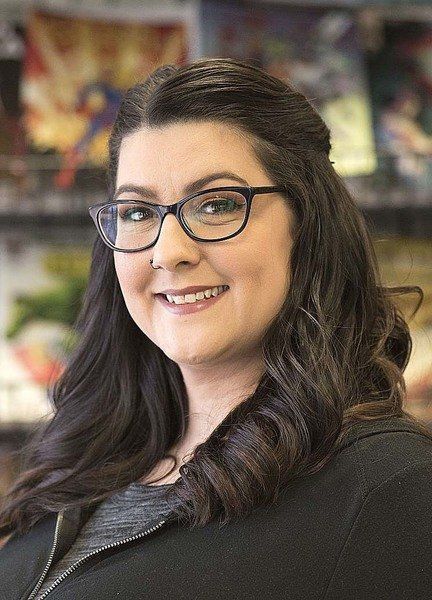 Contributed imageAs we are arriving at the 90th anniversary of  the female hero detective, a new comic series is coming in April — ‘Nancy Drew & The Hardy Boys: The Death of Nancy Drew.’

Mystery. Enigma. Conundrum. Whodunnit. No matter what you call it, it’s a great premise for a comic book. There is something special about diving into a good story with twists and turns that make you excited to turn the page and find out what happens. There is a pretty good history behind mystery comics. And you don’t have to be a sleuth to figure it out because I have done all the work for you.

Let’s start off with a classic, Clue. A board game so good that it inspired a dizzy, fast-paced movie in the '80s. Sure to be hit with a star-studded cast that included some of Hollywood’s biggest names in film and comedy at the time. What happened then? The movie was so good that it inspired a comic book, written by Paul Allor and illustrated by Nelson Daniel. The publishing house IDW took the reins on this thriller and brought Mr. Boddy and the rest of the not-so-innocent characters to life on the illustrated page. Miss Scarlet and Professor Plum the familiar characters we all know, plus a handful of new characters spice up this mysterious story. The first run of this series was such a hit that they decided to do a second installment in 2019, called Clue: Candlestick.

One of the most well-known detectives in the world, Sherlock Holmes takes his rightful place as the star in many different comic books. Created by Arthur Conan Doyle, Sherlock made his first appearance all the way back in 1887 in ‘A Study in Scarlet’. There were many comic books based on this character, but here are just a few. DC Comics released a comic featuring stories based on ‘The Final Problem’ and ‘The Adventure of the Empty House’ written by Dennis O’Neil with art by E.R. Cruz in 1975. Caliber Comics introduced a 4-part series “Sherlock Holmes Reader’ in the 1990’s, featuring canon story adaptations plus a map of 221-B Baker Street. 2009 was the year the Dark House Comics put out their collection titles The Dark Detective: Sherlock Holmes written by Christopher Sequeira and featuring cover art by Dave Elsey. Boom! Studios, a very creative publishing house, released ‘Muppet Sherlock Holmes’, a 4-part series starring, you guessed it, The Muppets. If you need to know how Gonzo performs as Sherlock, you need to read this mini-series. After the success of the BBC series ‘Sherlock’, the Japanese publishing company Kadokawa Shoten released a series of manga (manga is used to refer to both comics and cartooning, it has a specific style and includes a broad range of genres) with the same title of ‘Sherlock’. This series was translated into English by Titan Comics, who released several stories from 2016 to present day. The most recent being ‘Scandal in Belgravia’ which is currently running. We clearly can’t get enough of this quirky intelligent guy.

The final Smarty-Pants I will leave you with is really a household name: Nancy Drew. Nancy is one of the greatest female detectives to grace the pages of mystery tales. She first appeared in 1930 as a female counterpart to the Hardy Boys. Having been inspired by the ‘Afterlife with Archie’ comics that debuted in 2013, comic creator Anthony Del Col wanted to do his own gritty noir spin on a classic mystery tale. His 2017 series ‘Nancy Drew & The Hardy Boys: The Big Lie’ featured a well-received reboot of these classic characters. As we are arriving at the 90th anniversary of our female hero detective, we are brought to the new series dropping in April 2020, ‘Nancy Drew & The Hardy Boys: The Death of Nancy Drew’. It seems the Hardy Boys are now investigating the biggest mystery of their career, Who Killed Nancy Drew? Looks like we will have to read it to find out!

In tales as old as time, we always seem to be enamored with suspense and mystery. Do you consider yourself an ‘armchair detective’? It’s easy to get in the spirit of investigation with any of these titles. Magnifying glass, checkered detective hat and smoking pipe are optional, of course.

Amy Berent and her husband, Jay, are the co-owners of the Pulp 716 comic shops in North Tonawanda and Lockport. She can be reached by email at amy.pulp716@gmail.com.