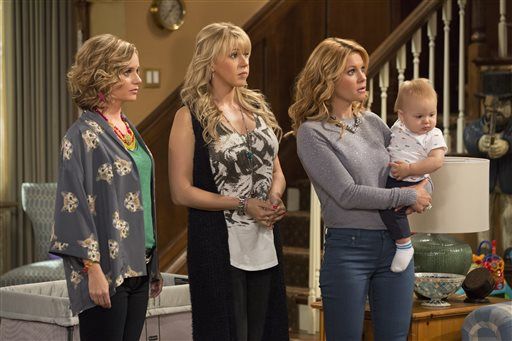 Pictured from left are Andrea Barber, Jodie Sweetin, and Candace Cameron Bure as Kimmy, Stephanie and DJ respectively, in a scene from “Fuller House.” The show premiered Friday on Netflix. 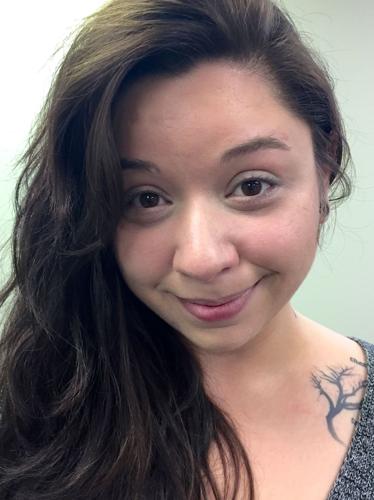 Pictured from left are Andrea Barber, Jodie Sweetin, and Candace Cameron Bure as Kimmy, Stephanie and DJ respectively, in a scene from “Fuller House.” The show premiered Friday on Netflix.

Over the weekend, I joined the countless millennials eager to relive their childhoods by turning to Netflix for the release of the long-awaited series “Fuller House,” a modern-day revival of sit-com royalty, “Full House.”

Critiques started flooding my Facebook feed days before the series premiered on Friday. Critics varied in their opinions, but there was one thing they all seemed to agree upon, “Fuller House” was more a concentrated dose of nostalgia than a quality television show. Sadly, I must concur, but that doesn’t mean it failed to speak to my inner ‘90s kid.

There’s a joke in “Fuller House” that kind of explains the connection fans have to the show. Actor John Stamos, who played Jesse Katsopolis, or “Uncle Jesse” as he’s so fondly known, is told by a new character in the revival, who doesn’t know him, that he’s “everybody’s uncle.” The moment is more like a parody of “Full House” than a reboot, corny and completely unrealistic, but with a ring of truth for those who grew up on the show.

The series centers on the eldest Tanner daughter, DJ (Candace Cameron Bure), who has found herself in a situation almost identical to that which her father found himself in when “Full House” premiered in 1987. She’s recently widowed, with three kids to look after.

I suppose I’m obligated to address the elephants in the room, the missing Olsen twins. Mary-Kate and Ashley Olsen passed on the opportunity to return for the reunion that featured almost every prominent member of the original cast. While seeing Michelle would have made everything feel more complete, her absence only set the rest of the cast up for some not-so-subtle jokes at the twins’ expense.

While the technical quality of “Full House” wasn’t anything to write home about, the follow-up is worse, taking nearly all of its humor from scenarios in the original show, which only worked the first few times. One scene in particular, featuring Saget, Stamos, Coulier, Cameron Bure and Sweetin singing the “Flintstones” theme song to DJ’s infant son, like they once did for Michelle, was pretty precious. Both scenes played alongside each other.

When “Fuller House” wasn’t existing solely for the sake of nostalgia, the new story line was mostly composed of awkward sexual references and the new generation of adult characters’ enthusiastic use of their smartphones. Of the new younger actors, my favorite is DJ’s middle son, who is weird and full of one-liners.

The adult cast of “Full House,” returned for the series premiere, but show up only sparingly throughout the rest of the season, which is a disappointment. They’re comedians, Cameron Bure, Sweetin and Barber are not, and it shows.

Night and Day Editor Mia Summerson can be reached at mia.summerson@niagara-gazette.com.