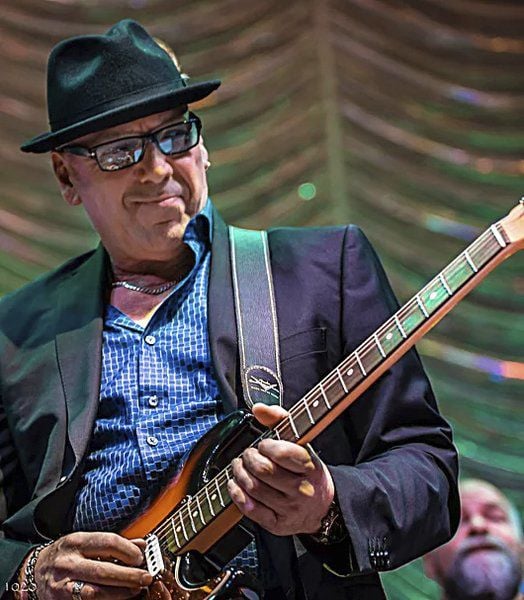 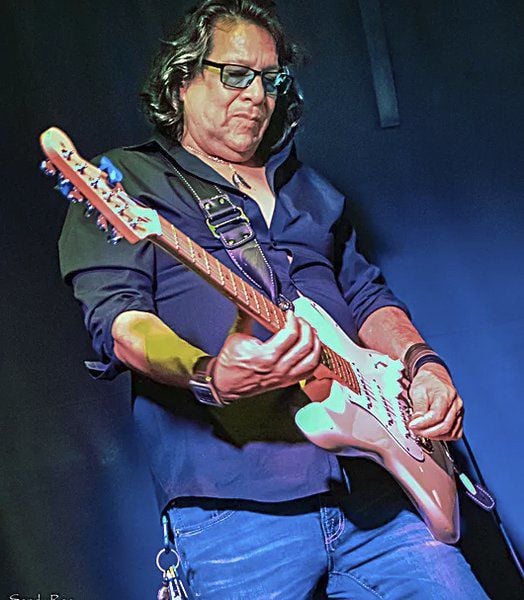 Amongst the nominees are two cousins from Central New York, Irv Lyons Jr. and his cousin Rex Lyons. Both are nominated for their work with the Fabulous Ripcords, and Irv is nominated for a couple NAMAs of his own for his solo album “Sisters and Brothers.”

“Irv had been in the military for 20 years, and he had been noodling on guitar but not in an ensemble. He plays left-handed and upside, which is pretty unique. He got up to speed quickly, which he needed to because we had gigs right away,” Rex noted during a recent phone interview.

Irv’s unusual playing style creates some unique sounds, and because we are cousins our voices blend together really well. If you have people who can sing, and create a four-part harmony, you really got something.”

In an era where the music industry is dominated by sampling, and tribute acts, Rex said he decided to “take the opposite approach and build an eight-piece band that performs original music.” And it has helped grow a considerable following for the group. Rex and Irv both expressed the desire to go on tour and expand that audience.

As a solo artist and with the Ripcords, Irv has been nominated NAMAs in the past, but he has yet to score a win.

“To be nominated for song of the year, you don’t have to give me anything more, it’s quite an honor,” Irv said by phone last week.

“I never like to get my hopes up, but if it happens the creator will make it happen, I look at it from a spiritual perspective. I will accept what happens with grace and humility.”

Irv is up for Best Rock Recording and Song of the Year for “Lookin’ for the Light,” a song that is available as a free download on the Native American Music Awards official website (The site has all of the nominees songs available for download).

Even at first listen, it’s clear why “Lookin for the Light” is up for NAMAs, it’s catchy and well-produced, and would not sound out of place on a rock radio station. Irv’s solo work has been described as Clapton, meets Santana, meets Sting or as Latin infused rhythm and blues.

Philosophically, Irv believes “Without music the soul won’t be fed,” and his love of all types of music dates back decades.

“I was 4 years old and my mother had a huge record collection, and I listened to all of them from Chuck Berry to Fats Domino to Chubby Checker. We lived with my aunt and uncle and my uncle gave me a Harmony Archtop guitar, and I started playing when I was four and got really good by the time I was 12 years old.

As for his goals beyond the NAMAs, Irv said, “Someday I hope someone hears one of my songs and records it. Then I can go and retire by the ocean.”

“I don’t have anything to hold me back. I have a supportive girlfriend, and a couple of pensions and I would like to tour,” Irv said.

We won’t know until Nov. 2 if Rex and Irv will be NAMA winners, but there is no question that the cousins are dedicated to their family and their craft. Native American musicians are woefully underrepresented in popular music, but thanks to the NAMAs The Ripcords and Irv’s solo work will definitely get some well-deserved exposure. After talking to them and digging into their music I can say with confidence they have gained one new fan.

Tickets for the 19th annual Native American Music Awards start at $50 are available through Ticketmaster. The official website nativeamericanmusicawards.com has links to The Fabulous Ripcords, Irv Lyons Jr. and many more talented Native American performers.

Joseph A. Pullano, formerly of Grand Island, on March 1, 2021 after a five-year battle against acute myeloid leukemia. Predeceased by his loving parents, John and Patricia (Heavey) Pullano. He will be missed by his surviving siblings, Jody (William) Malesky, John (Joanne), Peggy (Robert) Car…