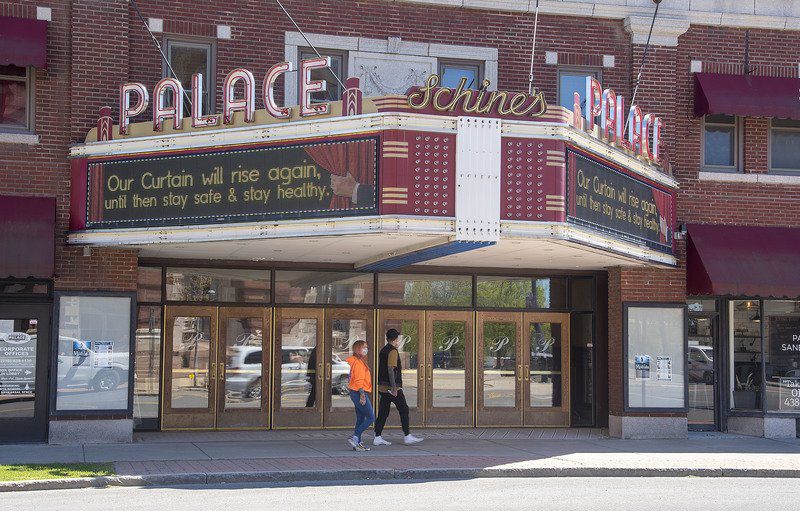 James Neiss/staff photographerThe Lockport Palace Theatre's "Evening From The Couch Gala!" will be featured on the group's Facebook page at 7:30 p.m.on Saturday.

The Lockport Palace Theatre will announce its upcoming lineup online on Saturday.

James Neiss/staff photographerThe Lockport Palace Theatre's "Evening From The Couch Gala!" will be featured on the group's Facebook page at 7:30 p.m.on Saturday.

The Lockport Palace Theatre will announce its upcoming lineup online on Saturday.

Ellen Schratz, the president of the organization's board, said typically around this time they host a concert to formally unveil the performances for the upcoming season. This year they have to do that virtually.

On Saturday, the Historic Palace Theatre will host "Evening From The Couch Gala!" at 7:30 p.m. The shows will be announced in a video posted to the group's Facebook page.

Schratz said it's uncertain how the theatre will operate in the future.

"As far as opening up, there is just so much uncertainty, so what we're trying to do behind the scenes is really learn what are the things we're going to be able to do. So we're really watching other areas, other theaters. How are they reopening? What does it look like when they are reopen," she said.

Schratz said a lot will depend on how Gov. Andrew M. Cuomo and New York state allow theaters to operate.

One issue with virtual broadcast of performances is that the Music Theatre International, which Schratz said is one of the biggest rights company for performance, probably wouldn't give the rights to virtually broadcast the performances. She also added that performances require a lot of people to be involved physically.

The Historic Palace Theatre has partnered with three movie companies to bring content for people to watch online. For example, one of the companies provides old series like Abbott and Costello and another provides documentaries. The videos would require purchase of an ticket online to watch and the money would be split up between both entities.

They also have plans in the works to get all of the volunteers masks and put plexiglass in front of the concessions.