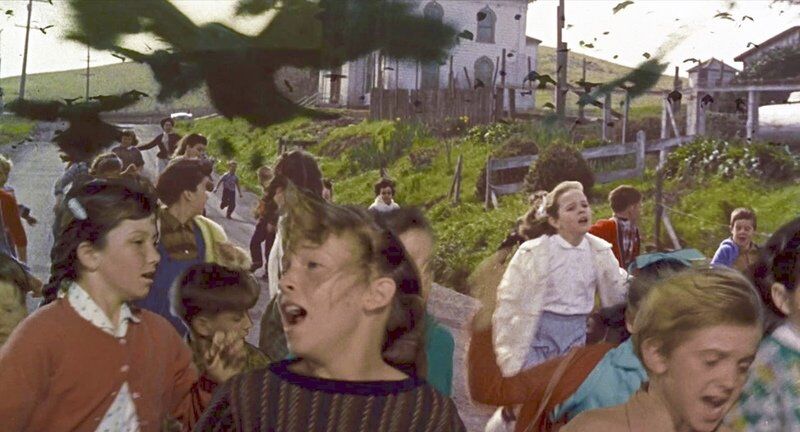 Universal PicturesThe school day is disrupted by an attack of crows in Alfred Hitchcock’s “The Birds." 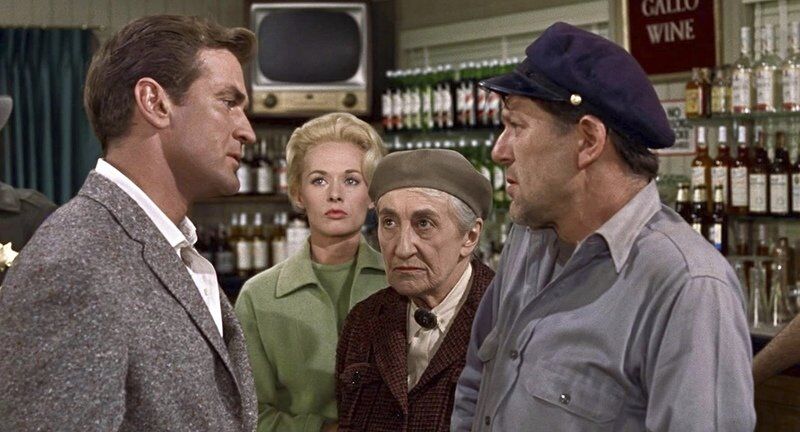 Universal PicturesThe school day is disrupted by an attack of crows in Alfred Hitchcock’s “The Birds."

What better movie to watch on the new Peacock streaming channel than Alfred Hitchcock’s “The Birds?”

I know what you’re saying: “What? Another streaming choice?”

Peacock is the National Broadcasting Company’s gift to self-isolation. Its mascot is, of course, a peacock. You can register for free with no credit card and never pay a penny. Free Peacock offers thousands of films and television shows, but you have to like commercials.

If you want more content and less advertising, you can pay $4.99 a month. If you want everything Peacock offers without interruptions, you pay $9.99 a month.

I tested Peacock for you. It’s quick to sign-up, and within minutes you can watch Hitchcock’s “The Birds,” “Psycho,” and “Rear Window” for free. The first three Jason Bourne features are also available gratis. Movies can come and go. I had 30-days to watch Bourne pretend he doesn’t know who is. I guess he’ll then disappear for good unless I start paying.

Truth be told, Peacock has a superb design and is easy to use. It’s incredibly fast. Click “Browse,” and surf to your heart’s content.

The presentation of “The Birds” positively sparkled. The colors were vivid. What a terrific movie it is, even with the annoying ads.

There’s Tippi Hedren, who can’t act her way out of a paper bag, as the wealthy, elitist snob Melanie Daniels, getting dive-bombed by birds for no reason other than it’s in the original novella by Daphne du Maurier.

The 1963 film’s set pieces are still riveting: the crows swarming on the school’s jungle gym and then going after the children, the bird attacks on the diner in Bodega Bay and at a child’s birthday party, the poor old chicken farmer and Tandy’s voiceless scream.

Neither Hitchcock, nor Evan Hunter’s screenplay, explain anything. The ending foretells doom or deliverance. The audience decides for itself.

Bodega Bay, California is fun to visit. The schoolhouse is real. It’s on an accessible road in the nearby village of Bodega. A family lives in it. I saw no people there, but I did see the birds that live under the eaves. All wonderfully strange.

A TRIO OF DOCUMENTARIES: Three documentaries, two of them re-issues celebrating the birthday of cultural icons, are now available from different sources, including the Virtual Cinema program, On Demand from cable systems, and digital streaming options.

The only new film is “The Fight,” which is a rarity, a behind-the-scenes documentary that unreels like a thriller and offers real-life people who are as deliciously entertaining and engrossing as the very best fictional movie characters. This is a movie for everyone who believes in the law, who appreciates the complex American legal system, and who relishes judicial combat. If there were theaters open right now, attorneys should have been first in line to see it.

Directed by Eli B. Despres, Josh Kriegman, and Elyse Steinberg, “The Fight” is a lively, often humorous (yes, lawyers can be funny), and insightful adventure into the legal underpinnings of our nation. The film focuses on ACLU attorneys involved in a riveting back and forth rooted in the United States Constitution over the rights of immigrants, bias against LGBTQ Americans, and challenges to legitimate voting. Step away from your daily news-cycle rotation and watch the movie.

“Marley” is a superb music documentary. The epic, 145-minute movie from 2012 has been brought back to celebrate the late singer’s 75th birthday, which was February 6. In addition to conversations with the legendary Marley himself, there are also enlightening interviews with his widow Rita Marley, their son Ziggy Marley, Peter Tosh, Bunny Livingston, and many others.

The popular film, directed by Kevin Macdonald, includes informative discussions about the cultural roots of reggae and ska, Marley’s bi-racial life in a prejudiced world, and his own very unique philosophy of living. When “Marley” was originally released, the rare concert footage and previously unheard music tracks were an exuberantly received revelation.

“You Never Had It – An Evening With Bukowski” is an evening well-spent for fans of the iconoclastic novelist, poet, and essayist Charles Bukowski. If you’re looking for a colorful character, who’s infinitely more interesting than the human doldrums populating too many fictional films, then Bukowski’s your man. The 2016 documentary is being re-released to honor his 100th birthday, which is August 16.

In January 1981, Silvia Bizio, an Italian journalist, interviewed Bukowski at his house in San Pedro, California, which is Los Angeles-adjacent. Others were present. Wine and cigarettes abounded. The videotaped footage of the extended conversations, recorded on U-matic cassettes, was thought lost until Bizio rediscovered it in 2014 in her dusty garage, 20-years after Bukowski had died.

Bukowski was at the top of his literary game in ’81, and he’s a lively and irreverent subject. The famed writer holds court about literature, cities, his childhood, and humankind’s needs. Directed by Matteo Borgardt, the film also features Bizio reminiscing about the fascinating get-together, as well as images shot on Super 8mm film of downtown Los Angeles as Bukowski reads his poetry. “You Never Had It” is quite a show.

Michael Calleri reviews films for the Lockport Union Sun & Journal and Niagara Gazette and the CNHI news network. Contact him at moviecolumn@gmail.com.