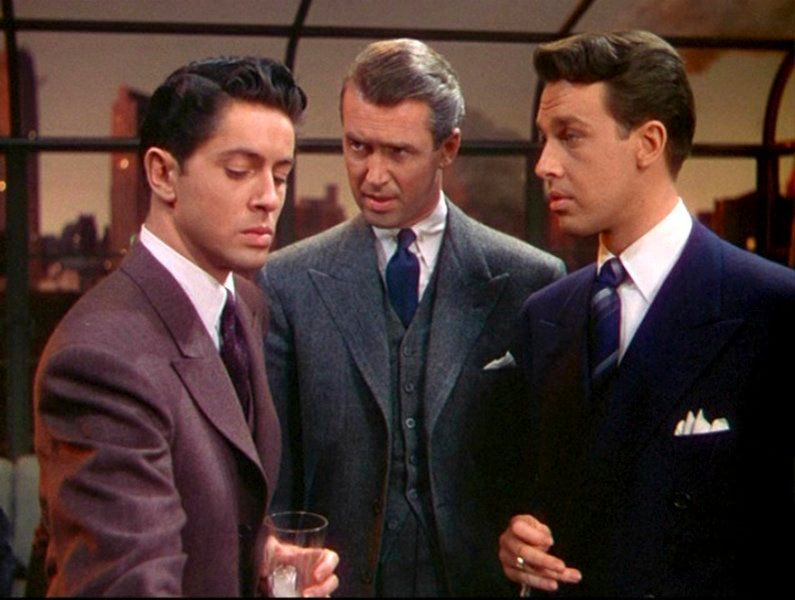 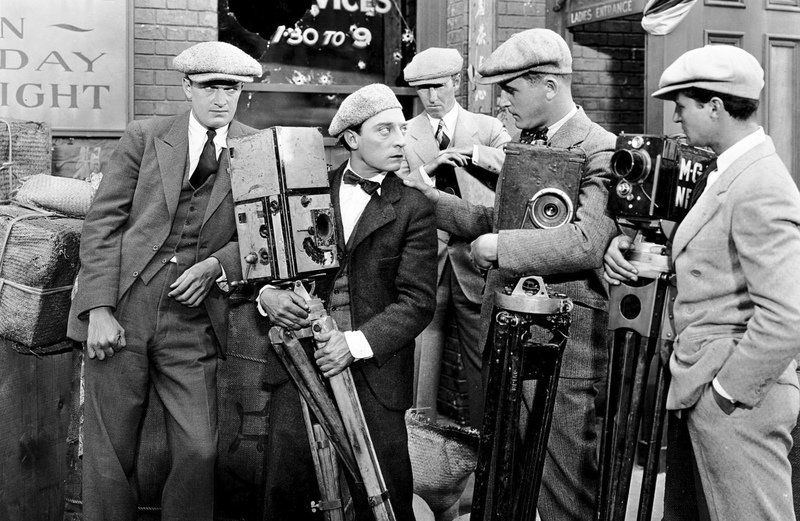 The Criterion CollectionBuster Keaton (second from left) in the slapstick comedy, “The Cameraman."

The Criterion CollectionBuster Keaton (second from left) in the slapstick comedy, “The Cameraman."

In what motion picture did legendary director Alfred Hitchcock first use color?

This is a trick question. Go ahead, think about it for a moment. The answer could win you first prize on Trivia Night at your local pub.

The correct response is a black and white movie set in a psychiatric institute in Vermont. It stars Ingrid Bergman and Gregory Peck, and there’s a jolt. It’s in “Spellbound” that Hitchcock first USED color. Two frames of red are seen when a gun is fired.

Additionally, the film has a dream sequence designed by Hitchcock and surrealist Salvador Dali.

Had my original question been asked differently, as in: What was the first movie Alfred Hitchcock made in color, the answer would be “Rope.”

“Rope” is also famous for something else. It unreels as if it were a single, continuous take. It isn’t fully, of course, but it looks that way. Using cameras with muffled wheels, walls that rolled, microphones that never stopped moving, lighting tricks, and moments such as when a camera glides directly into a character’s jacket, the film’s impression is that you are watching a murder mystery unfold without a single edit. It’s a clever conceit and is fun to watch.

In a posh Manhattan apartment, a dinner party is held moments after the two male hosts have murdered their prep-school friend David, an act that occurs right at the start of the drama, which is based on a 1929 play by Patrick Hamilton. The killing has something to do with the Nietzschean philosophy of moral and intellectual superiority. The body is hidden, although it’s completely surrounded by the witty and gossipy dinner guests.

The murderers (nicely played by Farley Granger and John Dahl) are obviously closer to each other in subtext than was allowed in 1948 by the Motion Picture Production Code. The young men have invited a popular professor (well-acted by James Stewart), who really starts to wonder where David is. I’ll let you discover what happens.

“Rope” is a wonderful exercise in technique and the party guest characters are performed deliciously. Pay attention to the spectacular panorama of Manhattan’s gleaming skyline. You may not have completely taken in a golden sunset. Watch the film a second time.

Look beyond the forefront for enjoyable bits of acting and also carefully watch Stewart realize what’s going on. Every frame of the movie was planned perfectly in advance and its 80-minutes play out in real time. Hitchcock’s directorial inventiveness is boldly at work here.

“Rope” is suitable for adults and teenagers and is available on DVD and Blu-ray, as well as rentable from YouTube, iTunes, and Prime.

BUSTER KEATON’S THE CAMERAMAN: The silent movie comedians that thrill me the most are Buster Keaton, Harry Langdon, and France’s Max Linder. Don’t get me wrong, I also enjoy Charlie Chaplin, Harold Lloyd, Laurel And Hardy, and others, but there’s something about my preferred trio that speaks most to me as a movie fan.

I’ve always loved Keaton, and I was amazed by Langdon’s work the first time I saw his silent films at a festival in Stratford, Ontario.

In Quentin Tarantino’s “Inglourious Basterds,” the wonderful Parisian actor Linder is discussed by Shoshanna and the young German soldier Frederick Zoller (Melanie Laurent and Daniel Bruhl) in front of the movie theater where Shoshanna works.

This brings me to Keaton’s “The Cameraman” and the Criterion Collection’s restored release of it on DVD and Blu-ray. The movie, from 1928, is the first effort by the sublime actor for a major studio, MGM. He had signed a contract rooted in the grand pleasures of his best work. His marvelous dead-pan style would always be a treasure to behold. He was still the great Buster Keaton, but the freedom he once had to generate and execute his own filmmaking choices and decisions about them slowly disappeared. He was still a genius, and inventive, and gloriously funny, but he had to answer to studio bosses and could not always do things his way.

Keaton was essentially a contract player. “The Cameraman” is superb because his abundant talent was still supreme. However, look at the credits for the film; Keaton’s not the only director listed. MGM regular, Eddie Sedgwick, shares the spotlight.

In “The Cameraman,” Keaton plays Buster, an incompetent, always slapdash photographer. His photos are dull. He seems to lack the eye needed to understand when something is genuinely visual. His dream is to be a cameraman for newsreels, and that's where the move takes us, into Buster’s dream world. Delight in the journey, because it’s often hilarious.

You expect excellent comedic stunts and you get them and the belly laughs they deserve. You expect a lovelorn Buster to swoon over Sally (sweetly played by Marceline Day) and you get that, too. There’s also a monkey. And, in one of the greatest sequences in silent movie history, Keaton plays a baseball game all by himself.

This Criterion release of “The Cameraman” is jammed with magical extras and is welcoming for the entire family. It’s a must.