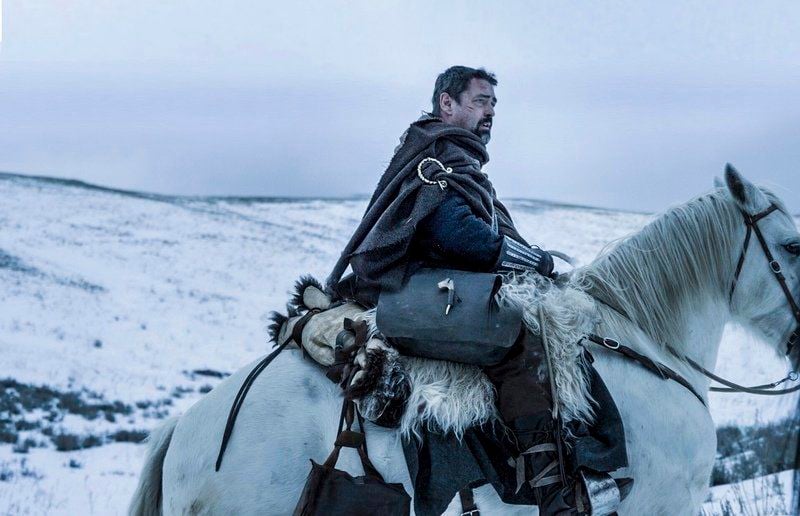 Screen Media FilmsAngus Macfadyen plays the title character in “Robert The Bruce,” which explores events in Scotland following the action seen in the movie “Braveheart.” 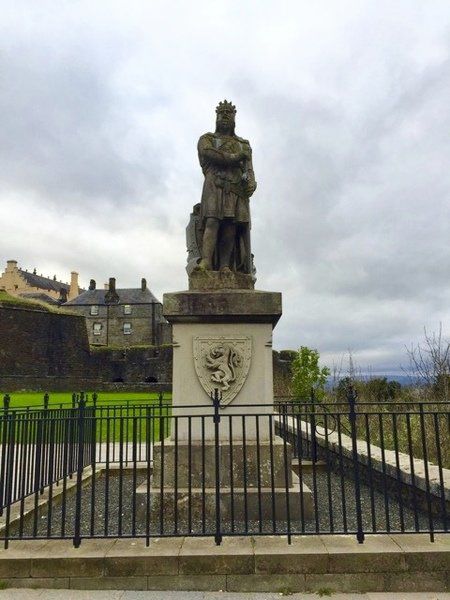 Michael Calleri/contributorA statue dedicated to Robert The Bruce, a 14th-century King of Scotland, at Stirling Castle in Stirling Scotland. 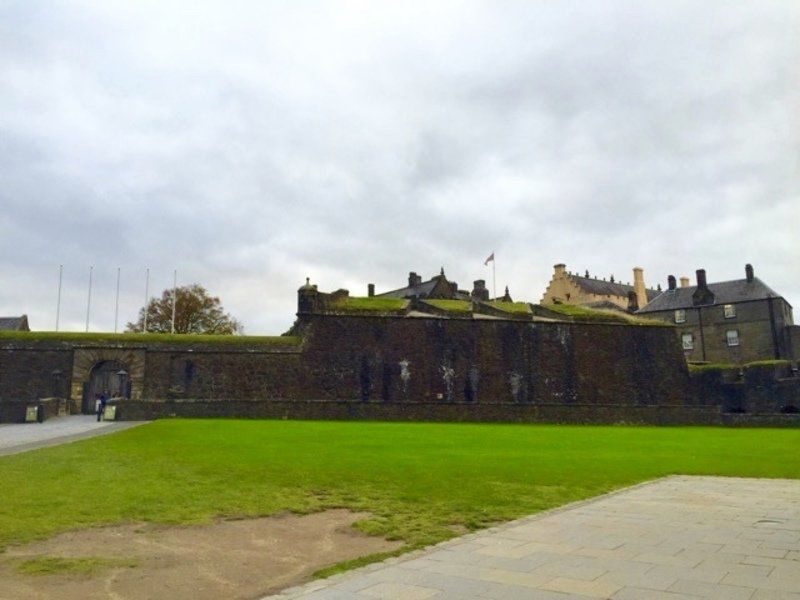 Michael Calleri/contributorStirling Castle in Stirling, Scotland, which is 36-miles west of Edinburgh.

Screen Media FilmsAngus Macfadyen plays the title character in “Robert The Bruce,” which explores events in Scotland following the action seen in the movie “Braveheart.”

Michael Calleri/contributorA statue dedicated to Robert The Bruce, a 14th-century King of Scotland, at Stirling Castle in Stirling Scotland.

Michael Calleri/contributorStirling Castle in Stirling, Scotland, which is 36-miles west of Edinburgh.

Apropos of this column’s featured movie, as well as being a wonderful coincidence, while I was in London last October, I traveled by train north to Edinburgh, Scotland to visit friends.

I stayed in Edinburgh, a beautiful, historic, and lively city with exceptional architecture, superb museums, and the location of Edinburgh Castle, with all of its Mary Queen Of Scots lore.

The Deacons family (father John, wife Anne, and son Craig) live 40-miles west of Edinburgh in the Crieff - Stirling area. They own a glassmaking studio and are celebrated for their art glass paperweights. I took the train to visit them.

After seeing Deacons Studio, and even helping Craig create a video, he then drove me around the area, especially to the towering monument to William Wallace, the Scottish freedom fighter known as Braveheart. I also saw Stirling Castle, which has on its grounds a statue of Robert The Bruce, who was king of Scotland in the early 1300s.

Officially dubbed King Robert I, but known popularly in history and folklore as Robert the Bruce, he was a real-life character seen in the five-time Oscar-winning best picture “Braveheart,” which was released 25-years ago this month in 1995.

The new film about the life of King Robert I is less flamboyant and possibly more important than “Braveheart,” which was a robust production that generated a mythological celebrityhood about Wallace, but which also served to fragment history.

In “Robert The Bruce,” which is directed by Richard Gray and written by Eric Belgau and Angus Macfadyen, the story being told is less about myth and more about reality. Macfadyen is also the producer, and, to complete the circle, he played Robert The Bruce in “Braveheart” and also plays him here.

Perhaps to help appreciate Macfadyen’s passion for his new project, he is 100% a Scotsman. Mel Gibson, the director and star of “Braveheart” is an Irish-American, who was raised from the age of 12 in Australia.

The history of Scotland and England is complex and critical decisions were made by obstinate royalty and through the heat of battle. Wallace’s rebellion isn’t fully supported by Robert The Bruce, who will crown himself king in 1306. The devastating Battle of Bannockburn in 1314 is still to come.

Unable to defeat the power of England, Robert I eventually loses the support of his army. The nobility of Scotland shuns him and thinks about how to enrich themselves from the collapse of his power. The King of England offers a rich price for his capture.

In the movie, Robert finds himself alone, abandoned, wounded, and on the run from the soldiers he used to lead. Misery has replaced the power he held. His life is bleak and the once-comforting world around him has crumbled.

Screenwriters Belgau and Macfadyen have chosen to tell raw truths, and there is no love for the English. Historically, England’s Edward I had crushed the Scots. Then the Scots had crushed Edward II. The ambitions of Edward III to destroy the Scots and conquer France led to the Hundred Years War.

It’s an ugly period of time, there is seemingly endless slaughter, and soon to come is the bubonic plague, which wreaked havoc from 1347 to 1351.

Still believing in the struggle for Scottish independence, a weary Robert flees for his life. He’s found by a boy whose own father died fighting alongside Robert. The child’s mother, Morag (a lovely performance by Anna Hutchison), nurses him back to health. The film then focuses on some of the legends oft-told about Robert, including a story about a determined spider, and the prediction of his future by Morag’s mother, who introduces some classic Scottish witchery to the proceedings.

What we learn from this contemplative movie is that Robert has a humility that goes against the grain of the always-angry English and the untrustworthy conniving Scots, including Morag’s brother-in-law.

With time to think about his life and Scotland’s future, Robert is unwilling to merely accept the status quo, which is that strength of character should only be equated with carnage on the battlefield. The film’s middle section reveals that being a warrior is certainly part of Robert’s resolve, but it also shows us more of the man than his soldiering side. We realize that his goals of a free Scotland are not ego-building, but rather a firm desire to make transformative change in the progress of his country.

Yes, he will need to form a new army, but he fights on not to wallow in bloodshed, but to gain freedom for the Scottish people. War and conquest were hallmarks of life in the 14th-century. That’s not going to change because Robert hopes for peace and justice. He’s not naive.

Macfadyen is a superb Robert The Bruce. This truly is the actor’s passion play. Two other elements that will grab your attention regarding this reflective film are the strikingly expressive cinematography from John Garrett and the appropriate original music score by Mel Elias, which doesn’t oppress the visuals, but rather enhances them.

The movie coincides with the 700th anniversary of the Declaration of Arbroath (April 6, 1320), when Robert I declared Scotland a free land. History had a different ending.

“Robert The Bruce” is suitable for adults and all teenagers. It’s available from On Demand services and a variety of digital platforms.