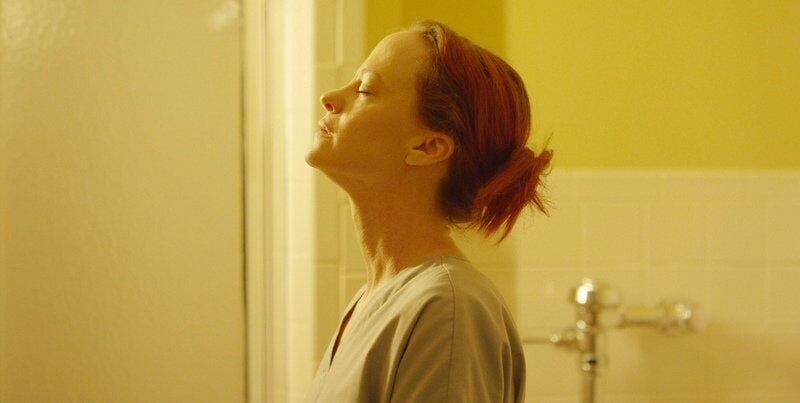 Angela Bettis stars as a nurse hiding her evil side in “12 Hour Shift.” 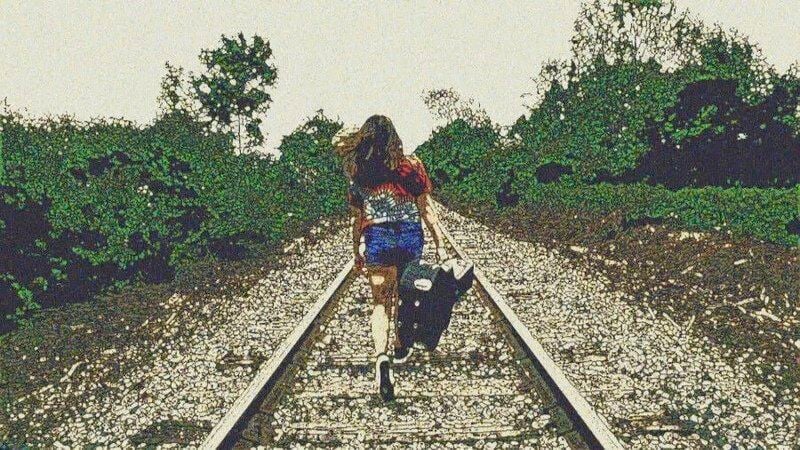 Angela Bettis stars as a nurse hiding her evil side in “12 Hour Shift.”

Because of the nature of her ghoulish story, the goal for Brea Grant, the writer-director of “12 Hour Shift,” was to make the villain relatable to the audience. She succeeded.

At the center of this utterly insane horror-comedy is a nurse. If you love your nurses a little bit nutty, think "Ratched" or Jackie, then this film’s for you.

At an Arkansas hospital in 1999, a nurse named Mandy, superbly played by Angela Bettis, is preparing to work a double shift. If you take into account her side job, then this is actually a triple shift.

Mandy, you see, is a drug-snorting malcontent with a heart of gold and a need for money. She’s likable in that she cares about her patients, but that likability stops with her side job. She carves organs from the nearly deceased and sells them to criminals who traffic in body parts. How she does the bloody deed is a clever aspect of the screenplay. Like Mandy’s life, the hospital’s floor is a bit messy, too. After all, blood does drip.

After removing the organs, Mandy passes them along to her not-particularly-bright cousin Regina, deliciously acted by Chloe Farnworth. Think ditz, d’oh and doink. Regina’s role is to deliver them to body parts trafficker Nicholas, a gruff bear of a cameo by professional wrestler Mick Foley.

Are you waiting for the uh-oh moment? Here it comes. Goofy that she is, Regina can’t find a kidney she’s supposed to deliver to Nicholas. There’s already a buyer. The film turns from creepy to chaotic. Mandy needs to procure another kidney. Regina will pose as a nurse without an actual understanding of the words medical procedure, let alone most anything else.

The action takes place over the course of a single night, and this action quickly gives new meaning to the word bedlam. Characters are already slipping on spilled blood like so many silent movie comedians slipping on a banana peel.

Mandy needs to find a new victim. One potential loser in the lost organ lottery is a career criminal, a sick and twisted goon named Jefferson. He’s played to the monstrous hilt by the reliable David Arquette, who is also one of the film’s producers.

Here’s where writer-director Grant traps the audience and gets them to like Mandy. She’s a thinker, an actual murdering philosopher. She mulls over the pros and cons of selecting possible victims, and she ponders the meaning of what she’s doing. Is she hurting or helping people?

Keep the kids out of the room when you watch the film. It may be wickedly funny, but there’s also a monumental amount of madness, which equals mayhem. Falling corpses add to the mix. Will you be trying not to laugh?

The organ game has balanced Mandy’s life in myriad positive ways, but it’s also turned it into a freak show. “12 Hour Shift” is a gory, witches brew of lunacy.

The movie is suitable for adults and older teenagers. It’s available from the Virtual Cinema program and can be rented online through Buffalo’s North Park Theatre. northparktheatre.org

THE BUFFALO INTERNATIONAL FILM FESTIVAL RETURNS. In this year of stunning changes to every aspect of private and public life, any sense of normalcy is welcome. Although it can’t show its slate of movies in theaters, the 14th annual Buffalo International Film Festival, which opens today and runs through Monday, Oct. 12, is a virtual extravaganza that should please movie fans.

The festival is offering dozens of narrative and documentary features, as well as multiple blocks of short films. All will be available through digital means, with extremely affordable pricing, including a full festival pass. In addition, there are two special drive-in movie theater events, which will be held in the parking lot of a former K-Mart on Hertel Avenue in Buffalo. There are also discussions with filmmakers and cast members.

A key movie being shown is “Runaway,” which is directed by Buffalo filmmaker Meg Knowles. BIFF describes the documentary feature this way: The director “retraces the steps of her sister, who in the summer of '73 ran away from an upscale New England summer camp, hitchhiking cross-country to California. Weaving a tale of teen angst gone off the rails, a mother’s patient desperation and a sister’s disbelief, Knowles’ warm, personal documentary begs the question: does retracing your steps heal old wounds or make new ones?”

About the festival, artistic director John Fink said, “We’re excited to provide a safe, socially distanced platform for cinematic discovery and networking this year with over 100 films, shorts and webisodes. We’re committed to keeping what makes BIFF a special experience for our filmmakers and patrons while giving our audiences a little more time and space to discover our amazing official selections on a screen of their choosing during the festival weekend.”

One of the fun things about a virtual film festival is that you can watch the movies any time you want. Are you a night owl? A double feature before dawn may fit the bill.

For complete details about BIFF, including the schedule of films and events, ticket prices, and digital access, visit: buffalofilm.org