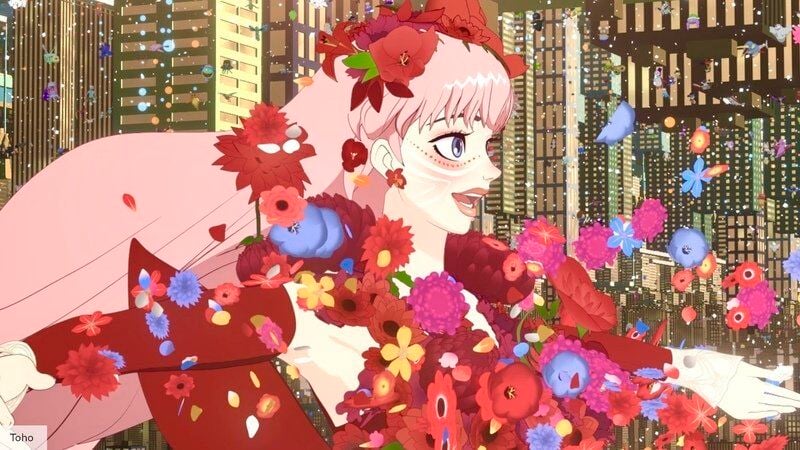 A magical fantasy world opens up in “Belle.” (Studio Chizu) 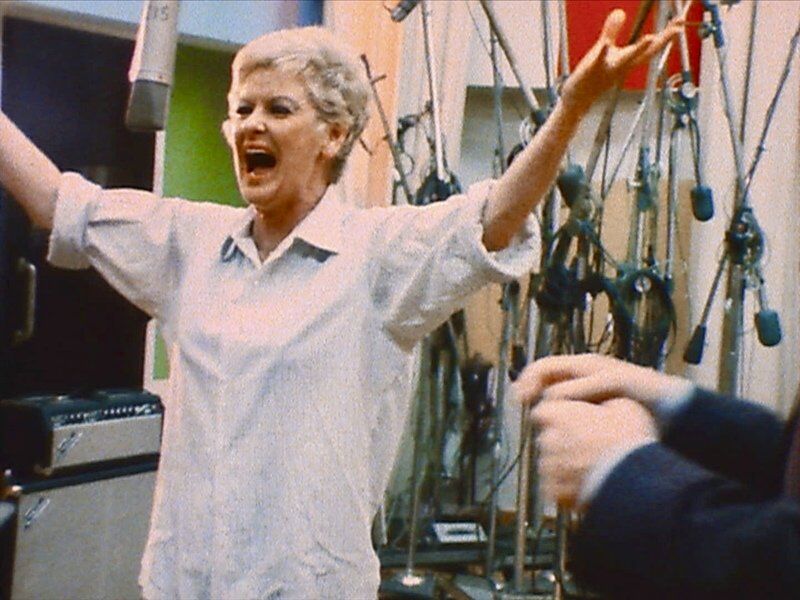 Elaine Stritch is featured in documentary about the recording of the soundtrack for Broadway’s “Company.” (The Criterion Collection)

A magical fantasy world opens up in “Belle.” (Studio Chizu)

Elaine Stritch is featured in documentary about the recording of the soundtrack for Broadway’s “Company.” (The Criterion Collection)

The appeal of music is the primary focus of two new movies with vastly different material, although both have strong appeal for their respective audiences.

WHEN A TEENAGER ESCAPES INTO ANOTHER WORLD. Written and directed by Hosoda Mamoru, “Belle” revolves around a seventeen-year-old girl named Suzu, who lives a dual existence. She’s a freckle-faced child coping with the loss of her mother, who died a hero trying to save a child from drowning. For her part, Suzu sees the attempted rescue as a form of abandonment. It doesn’t help that her relationship with her father is strained.

Suzu lives in rural Japan with all of the attributes of modern society. However, she finds her greatest joy in a virtual world called “U.” The platform has millions of users represented by avatars. “U” is like all online spaces for teenagers. It can be a trap, or it can offer solace about family, school, and the normal problems of teen life. For some, it’s their salvation if loneliness needs to be overcome.

Social media is often anti-social and cruel behavior exists on “U,” where competition is fierce and ostracism arrives at the drop of a misinterpreted quip.

“Belle” the movie is about the beauty of U’s diversity and the ability of the fantasy world to bring people together, specially those young people who feel the pangs of isolation overwhelming them. The goal of all the players is to allow their hidden, often wondrous talents, to draw positive attention to their avatars.

Online, Suzy calls herself Belle. What she brings to the mythical world is an ability to sing magnificently In fact, she quickly becomes a pop sensation, a virtual legend. Director Hosoda crosscuts between Suzu’s ordinary life and her breathtaking rise to fame as Belle. It’s not real, but it feels real to her and the movie kick starts a fascinating story about overcoming pessimism with an astonishing new grasp of power. Suzu/Belle roams through territory unfamiliar to her.

Suzu no longer feels alienated at school. She’s had only one close girlfriend, Hiroka. That changes. She also has fond memories of a friend from her childhood, a boy named Shinobu.

As Belle focuses on her singing, she must also confront a dragon that many denizens of “U” hate. However the dragon, called the Beast, has a connection to Belle that adds a meaningful layer to the film. She refuses to dislike him. The tale we’re watching does begin to feel a little like Beauty and the Beast, but Hosoda knows what he’s doing and his elegant story glides along satisfactorily. Additionally, there are other characters that step out from behind the grandest surrealistic curtain.

“Belle” is gorgeous to look at. At times, the animation is breathtaking. The music is often wonderful. The movie feels epic, but it retains the majesty of its simple story, which is about belonging.

The essential questions, of course, are these: Is the virtual world a suitable substitute for loneliness? Is Suzu/Belle’s empowerment too much a figment of her imagination? Is the fantasy realm a legitimate tool for emotional change?

What’s important is that Hosoda isn’t leery of answering these important questions.

And he does so with a visual landscape that dazzles, and an aural sensibility that delights. His central character is believable and welcoming. Suzu/Belle’s journey is worth taking and well-worth watching.

“ORIGINAL CAST ALBUM: ‘COMPANY’” SHOWCASES THE POWER OF SONDHEIM AND STRITCH. The opportunity to see the recording of the original cast album of “Company” has long been called the Holy Grail for dedicated fans of Broadway musicals. Already well-known and highly praised by 1970, documentary filmmaker D. A. Pennebaker was present when the show’s original cast stepped into a studio in Manhattan to record the album after the acclaimed premiere of the musical “Company,” which set new standards of form and function for musical theater. The story is about an uncommitted man whose friends are all in committed relationships.

What turned out to be a marathon session is filled with powerhouse performances, jangled nerves, exhaustion on every front, some Broadway bombast, and Sondheim’s legendary perfectionism. One glorious highlight: theater superstar Stritch prepping to sing and then singing her famed rendition of “The Ladies Who Lunch.”

Pennebaker’s prowling and probing cameras offer a thrilling close-up of the intense and riveting world of Broadway professionalism. If you think movie stars are larger-than-life, wait until you see Broadway’s best at work.

Available from The Criterion Collection, the DVD and Blu-ray release of “Original Cast Album: ‘Company’” includes a 4K restoration, monaural sound on the Blu-ray, and audio commentary from Pennebaker, Stritch, and Prince. There are conversations and interviews with Sondheim, orchestrator Jonathan Tunick, and critic and television producer Frank Rich, as well as other extra features.