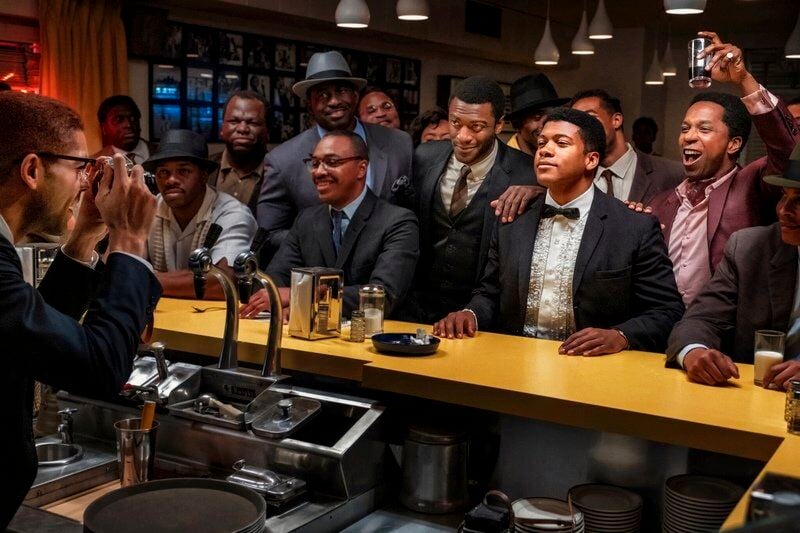 Malcolm X (Kingsley Ben-Adir) takes a photograph of Cassius Clay (Eli Goree) during a celebration in “One Night In Miami.” 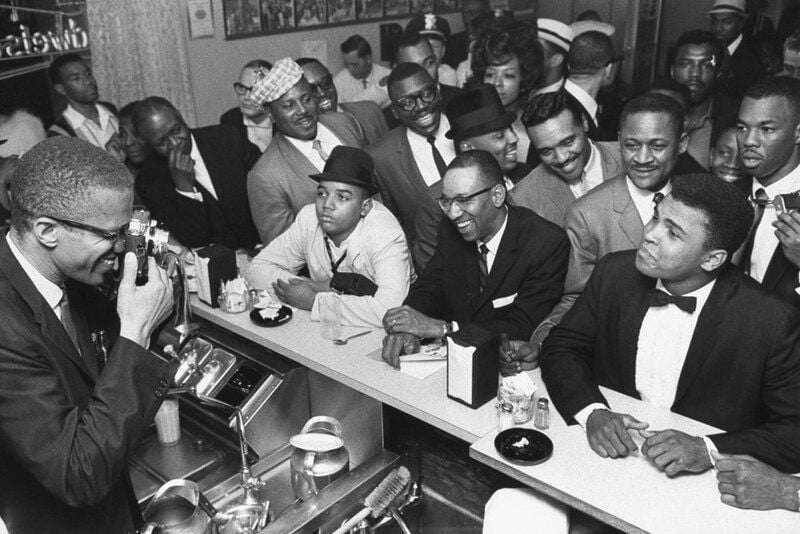 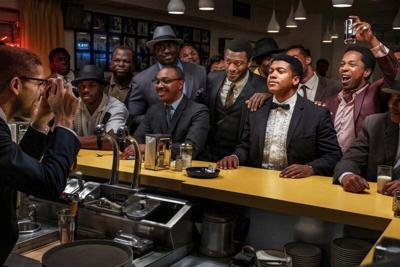 Malcolm X (Kingsley Ben-Adir) takes a photograph of Cassius Clay (Eli Goree) during a celebration in “One Night In Miami.”

Choose four famous people alive today and imagine them sitting together in a motel room after a particularly important sporting event to celebrate a victory they wanted passionately to occur. Each of your choices must bring a strong personal history in terms of their professions to the mix.

What do you think your celebrities would they be saying? Using the breadth of your imagination, conjure up that conversation.

The movie is called “One Night In Miami,” which has four well-known people getting together in a room at the Hampton House Motel in Miami on the night of Feb. 25, 1964 to revel in the result of a boxing match.

This was the victory by the bold young boxer Cassius Clay (before he changed his name to Muhammad Ali) over Sonny Liston for the World Heavyweight Championship. Clay, a 7–1 underdog, had relentlessly pummeled his opponent so perfectly, that Liston quit at the start of the seventh round in what was a stunning upset.

A rematch in 1965 ended after Liston hit the canvas in the first round. The build-up to this fight and the result of it were equally controversial.

In addition to the brash Clay, also in the Miami motel room on Feb. 25 were legendary Cleveland Browns fullback and future actor Jim Brown, popular singer Sam Cooke (known at the time as the King Of Soul), and minister and human rights activist Malcolm X. This part is true.

However, there is no record of what was said. The only thing we can be sure of is that each of these gentlemen brought their personalities and opinions to the private celebration. History had already confirmed that these were four self-assured, strong-willed, and highly opinionated men.

Actress Regina King, who won the supporting actress Academy Award for “If Beale Street Could Talk” in 2019, and who has four Primetime Emmy Awards for acting, makes her feature directorial debut with “One Night in Miami.” She has previously directed 17 shows for episodic television, including “This Is Us” and “The Good Doctor.”

Writer Kemp Powers imagined the conversation that occurs in the film, and the screenplay is adapted by him from his own successful 2013 stage play of the same name. Powers is also the co-screenwriter and co-director of Pixar’s new animated adventure, “Soul,” which I reviewed in the Gazette last year on Dec. 24.

“One Night in Miami,” which is available through Prime Video, is a dramatization that is richer than you might have expected. This is because screenwriter Kemp has brought a vital understanding of Brown, Clay, Cooke, and Malcolm X to his exploration of their lives before they meet, as well as a strong weaving together of the stories they might have told in the room.

Kemp has the advantage of history and the documented record of the lives of his subjects. He draws from what he knows. Kemp expertly blends confirmed truths and his unique literary inventions in a way that shines a light on, and enhances our knowledge of, the Civil Rights movement during the period in question.

The reason the men are in a motel room and not in a luxurious hotel is because of racism. Cooke’s manager, Allen Klein, had used his influence to reserve a room for his client, who is popular in the music world, at the deluxe Fountainebleu Hotel on Miami Beach.

However, four black males partying in one room at the Fountainebleu was unacceptable, thus their presence at the less interesting and out-of-the way motel, one of the few places where people of color were allowed to stay in profoundly segregated Miami.

At the start, the movie almost gets away from director King, but once we enter the hotel room, her shakiness settles down. The opening sequences wobble a bit. Some scenes drag. What we’re watching is sometimes poorly framed. During the opening twenty minutes or so of the 114-minute movie, when King delivers brief vignettes of the men, the story feels torpid.

Brown (Aldis Hodge) goes to his hometown in Georgia to visit a family friend (played by Beau Bridges) and learns that even close friendships can be tainted by racism. Cooke (Leslie Odom Jr.) is appearing at Manhattan’s famed Copacabana, but he’s not the success he expected to be. In London, the fists of boxer Henry Cooper confirm that Clay (Eli Goree) has not quite proven he’s “The Greatest.” Malcolm X (Kingsley Ben-Adir) is deeply anxious at home with his wife Betty because of his deep anxiety over his desire to leave the Nation Of Islam and reject the teachings of its leader Elijah Muhammad and begin his own organization.

The energy rises once we check into the motel room. I’ll let you discover much of what you’ll experience.

There is deep racial topicality – Cooke and Malcolm X are especially divided. Malcolm is highly critical of the music Cooke sings. References to Bob Dylan’s musical activism offer hope that the political winds are truly blowing in a different direction.

There is also joyful camaraderie and an appreciation that Clay’s win over Liston must be seen as a changing of the guard. Will history co-operate?

“One Night In Miami” succeeds ultimately because of its sense of a robust human dynamic. Beautifully acted by all, and with rich cinematography by Tami Reiker, the movie is worth your attention.