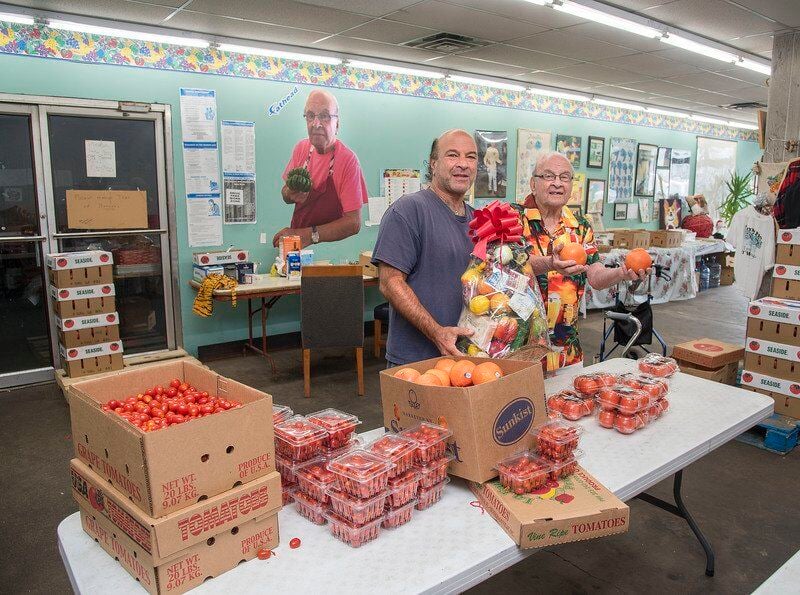 Ted Grana and his father Julie "J" Grana prepare some of their last fruit baskets. T. Grana & Son Fruit And Produce at 2610 Pine Ave is going out of business on July 31. 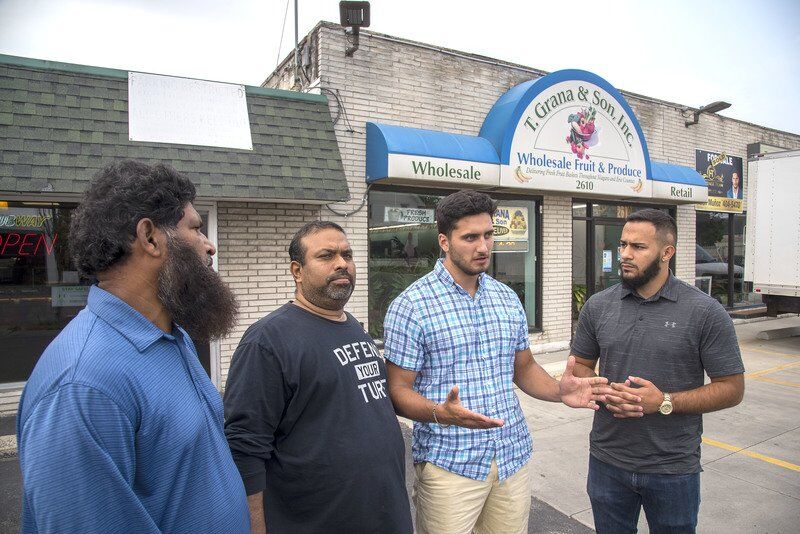 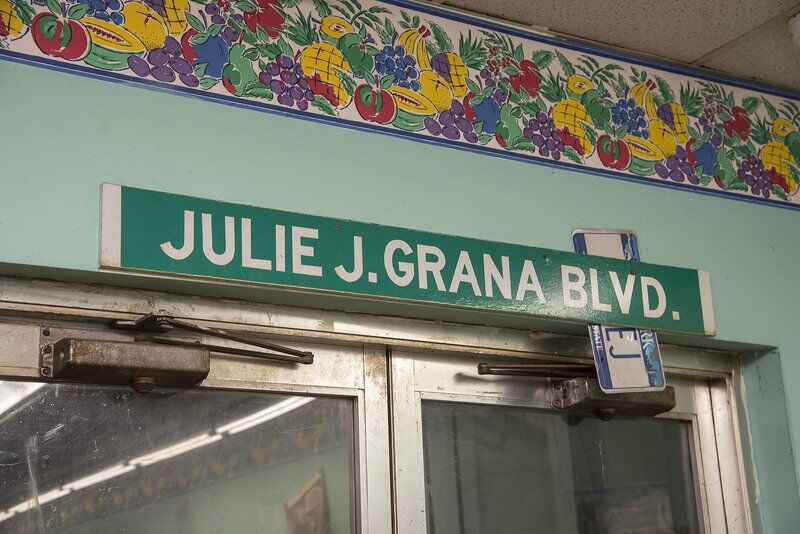 T. Grana & Son Fruit And Produce is loaded with family memorabilia including this street sign a former mayor presented to the owner.

Ted Grana and his father Julie "J" Grana prepare some of their last fruit baskets. T. Grana & Son Fruit And Produce at 2610 Pine Ave is going out of business on July 31.

T. Grana & Son Fruit And Produce is loaded with family memorabilia including this street sign a former mayor presented to the owner.

Pine Avenue’s Little Italy is evolving thanks to an influx of new investors from Bangladesh.

The most recent development was the purchase of T. Grana and Sons by Tareq Islam and Mizanur Rahman through “United Dedicated Management Corp.” They plan to open a Halal supermarket within four or five months.

The sale was brokered by Noah Munoz and Jayson Parker of Keller-Williams Realty Heritage Team.

“I don’t think Grana’s were doing badly but me and Ted (Grana) talked and we came to an agreement,” Munoz said.

Munoz explained how it came to be that life is changing for the 101-year-old business.

“I wasn’t ready to sell yet,” Grana said. “I said, ‘No, I am not going to sell and if I do, I am going to call my friend Mike Hooper whom I’ve known forever.’ Then Noah came with an offer.”

Just more than a year ago, Grana was featured in a story in this paper, celebrating the business' centennial.

Grana’s father Julian is 92 and is at the business daily. The founder was his grandfather Ted.

“He’s here more than I am. He gets here in the morning before I do,” Ted said of his father.

Grana said he knows of other businesses on the street hanging on to rich history and a changing marketplace. There will be no new Grana taking over because Grana's children who would be next in line are grown professionals living elsewhere, proud products of Niagara Falls public schools.

Grana said as the business has evolved through generations of family, so have the customers, especially those who buy holiday fruit baskets. He also worries a bit about his loyal customers, since the new owners have so far communicated no desire to continue the restaurant wholesale side of the business. Indian restaurants in the Falls are some of Grana’s best customers. He reasons language and cultural understanding would give them a natural market.

Rahman said around 65 families from his community have moved into Niagara Falls in the past 14 months. More will be coming at the rate of 30 to 50 families annually from places like New York, Dallas, Philadelphia and Rhode Island.

Rahman added that roughly 200 people are awaiting a chance to move into their new homes with many currently occupied by tenants, many of whom have not been paying rent, taking advantage of COVID-19 restrictions on evictions.

This is not the newcomers’ first destination upon immigrating to the United States but their final one, Munoz said. On the residential side, many purchasers are freeing property from the hands of absentee landlords and putting them into the hands of homeowners.

Ultimately, the community would like to open a mosque as well as a school, according to Rahman.

Munoz explained Rahman and Islam represent one purchaser “United Dedicated Management Corp.” but there are other groups as well. He’s been very busy in the market with his Keller-Williams Realty heritage team partner Jayson Parker

“There are other groups as well,” Munoz said. “They are peaceful, loving people.”

Explained Islam, “We fix our properties and pay taxes so the city can build. We want to fix the properties up and bring more homeowners.”

Rahman, drawing on his New York City experience, said he’d like to see more food carts on the streets in the Falls.

“You saw what happened in Buffalo,” Rahman said of a renaissance driven by newcomers. “The same thing is going to happen in Niagara Falls.”

As for the relationship between Munoz and Parker, it’s easy to understand.

Munoz is quick with the comeback.

“Talking is a skill I learned from my mother,” he said.

Islam is used to a different economic world.

Just up the street, the Rahima Aziz Foundation has purchased 2526 and 1828 Pine Ave. The foundation is affiliated with the Al Mansoor Cultural Center and is run by Suni Muslims.

Mohammed Hafiz Abdullah said they will be fixing up the properties which have long-term tenants upstairs.

“If you want to get something out of it, you have to put something into it.”