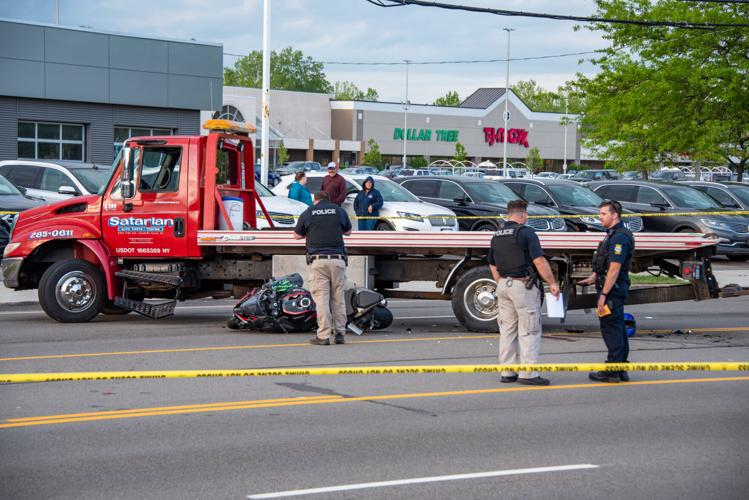 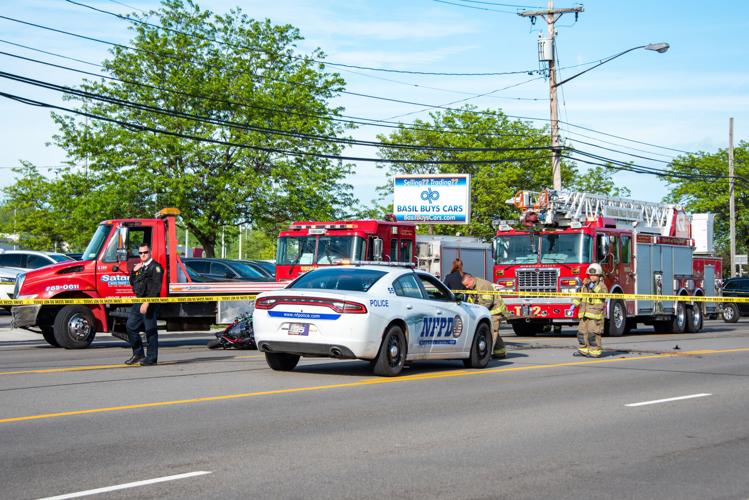 Niagara Falls Police were on the scene of a fatal collision involving a motorcycle and a tow truck early Sunday night.

Niagara Falls Police were on the scene of a fatal collision involving a motorcycle and a tow truck early Sunday night.

A 41-year-old Wheatfield man was killed in Sunday night’s crash involving a motorcycle and tow truck on Niagara Falls Boulevard.

The accident occurred shortly before 6 p.m. on the 7000 block of Niagara Falls Boulevard. City officials say Richard Fiori, 41, of Wheatfield, was on a 2022 Kawasaki motorcycle heading east on the Boulevard when he collided with an eastbound tow truck that was making a U-turn.

Niagara Falls Fire Department’s Engine 7 and Truck 2, along with two AMR ambulances responded to render first aid, however, Fiori died at the scene.

The 68-year-old driver of the 2002 International Harvester tow truck is cooperating in the investigation. His truck was inspected by the New York State Police Commercial Vehicle Enforcement Unit.

The Crash Management Team is continuing the investigation. If anyone witnessed the crash or has any information, they are asked to call the Traffic Division at (716) 286-4563.