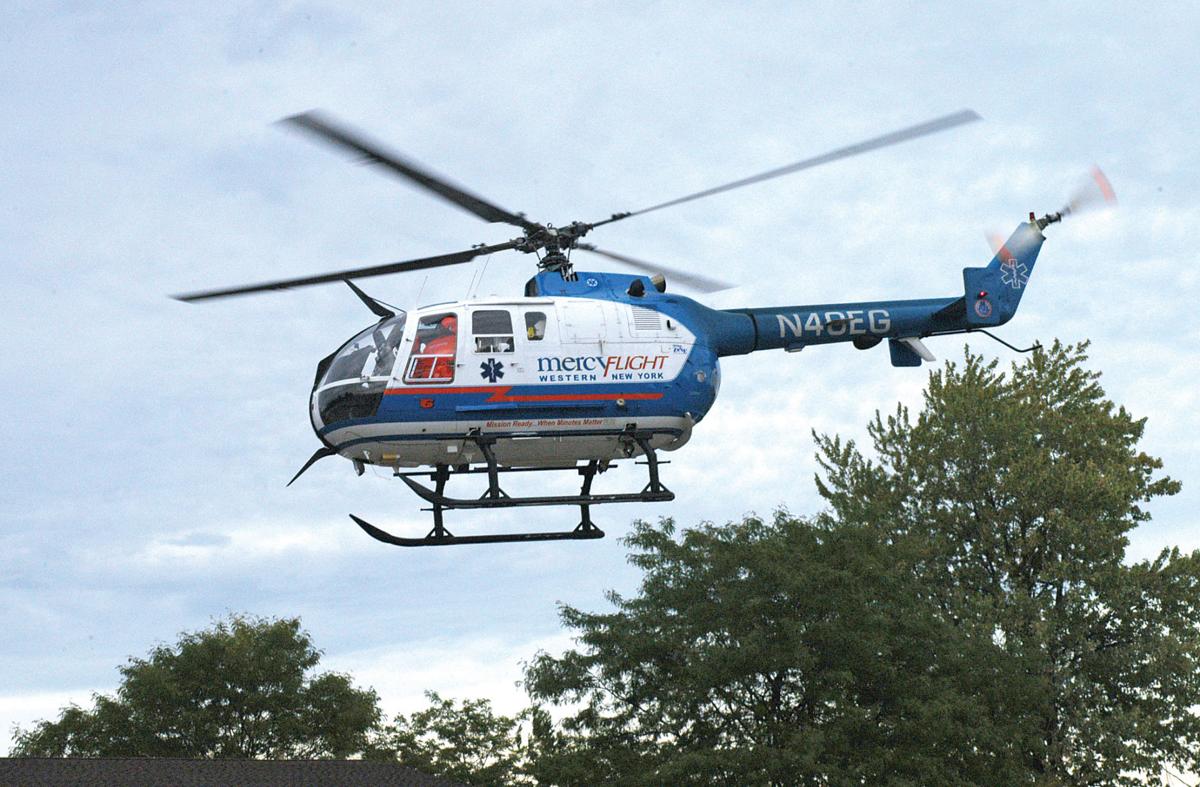 James Neiss/staff photographer Wheatfiled, NY - One of two Mercy Flight helicopters transport an auto accident victim to the hospital from the parking lot of St. Johns on Niagara Falls Boulevard. 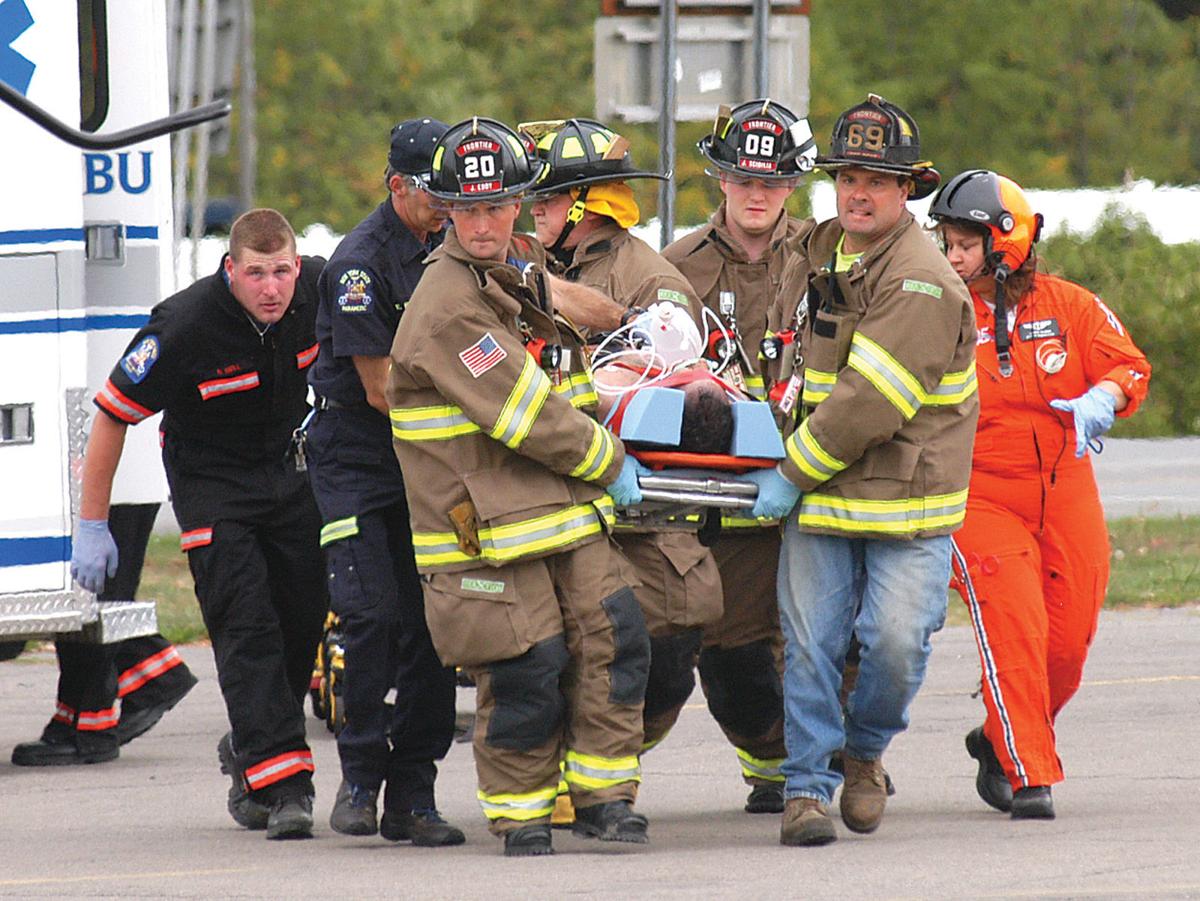 James Neiss/staff photographer Wheatfiled, NY - One of two Mercy Flight helicopters transport an auto accident victim to the hospital from the parking lot of St. Johns on Niagara Falls Boulevard.

A husband and wife from Wheatfield were killed Tuesday afternoon in a three-vehicle crash on Niagara Falls Boulevard between Ward Road and Maple Drive. Randall Burgio, 55, a Niagara Frontier Transportation Authority officer, and Roseanne Burgio, 49, who lived on David Drive, were pronounced dead after their black Toyota RAV4, driving towards Niagara Falls, collided with a tractor-trailer traveling in the opposite direction. The RAV4 then spun around and was hit by a City of Lockport garbage truck, according to the New York State police. The initial collision happened when either the RAV4 or the tractor-trailer crossed the double yellow line and struck the other, but police are not yet clear on the details. “There’s not a lot of roads that size with that many vehicles which don’t have a center median,” said Sgt. Kevin Anger of the New York State Police. “Traffic is only inches from each other and if one vehicle moves a few inches over the line, that’s what happens.” The daughters of the Burgios, Ashley, 22, and Jillian, 17, were also in the vehicle and sustained injuries, according to Anger. Ashley was still in surgery on Tuesday night at 10 p.m., while Jillian was out of surgery and was being transferred to the hospital’s intensive care unit in critical condition. Both Utica resident James Nessia, 17, who was driving the tractor-trailer, and City of Lockport resident Roger Laroach, 44, who was driving the garbage truck, were treated at the scene and released, Anger said. Traffic was shut down on Niagara Falls Boulevard for several hours while members of the state police, Niagara County Sheriff’s Department, St. Johnsburg Fire and numerous ambulance companies responded to the scene. No charges have yet been filed, as it often takes the state’s Police Collision Reconstruction Unit several weeks to determine the cause of such a serious accident, Anger said. Frank Razzani, who lives on Niagara Falls Boulevard almost directly in front of where the accident happened, said he was working on his own trucks in his garage when he heard a loud bang. He came outside to watch the tractor-trailer squeal to a stop. “There’s been a lot of accidents here lately,” he said, nodding towards a large turn in the road. “That bend’s horrible. They’ve got to slow it down or something.” City of Lockport Michael Tucker said that the garbage truck was on its way back from a daily run to Modern Landfill in Lewiston when the RAV4 crossed two lanes suddenly, clipped the back of tractor-trailer, spun out of control and was run over by the garbage truck. “The driver is fine, physically — he’s driving a tank,” Tucker said. “But emotionally, he’s devastated.”