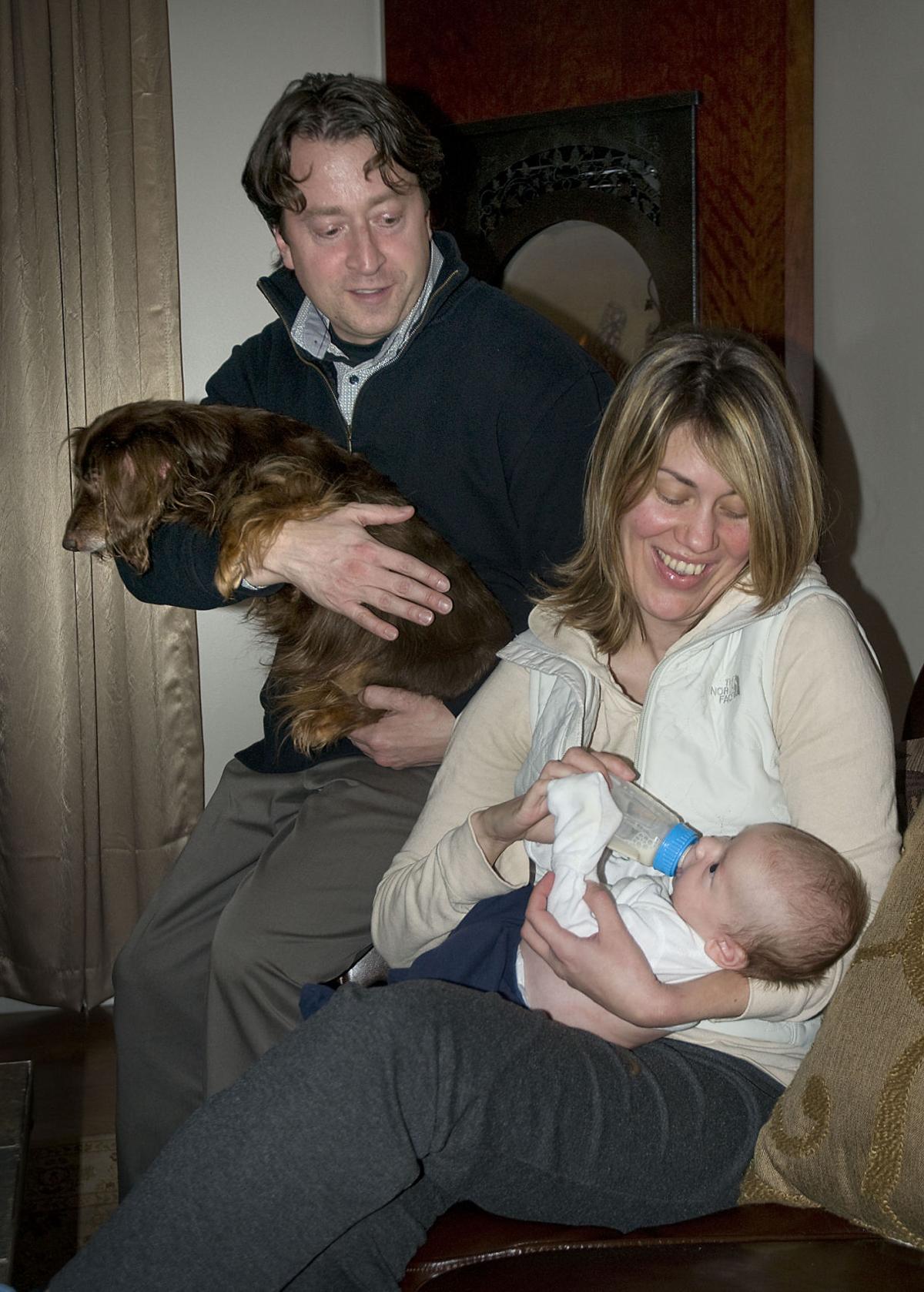 Photos by James Neiss/Staff Photographer Paula and James Yarger are the proud parents of James Yarger III. Paula is a cancer survivor and was surprised she became pregnant. Coco, their dog, joined them for the photo. 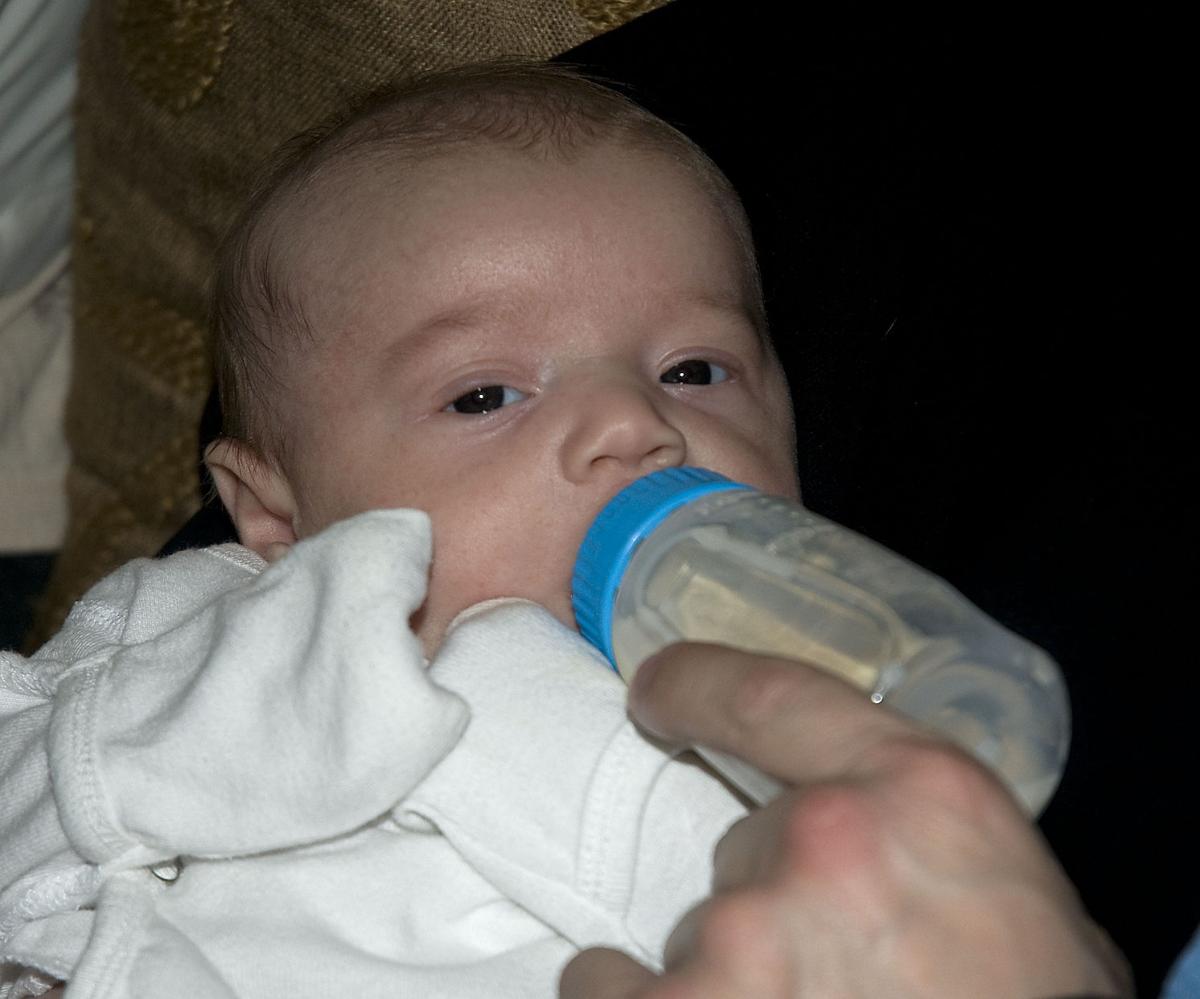 A content James Yarger III enjoys his bottle at his Town of Niagara home. 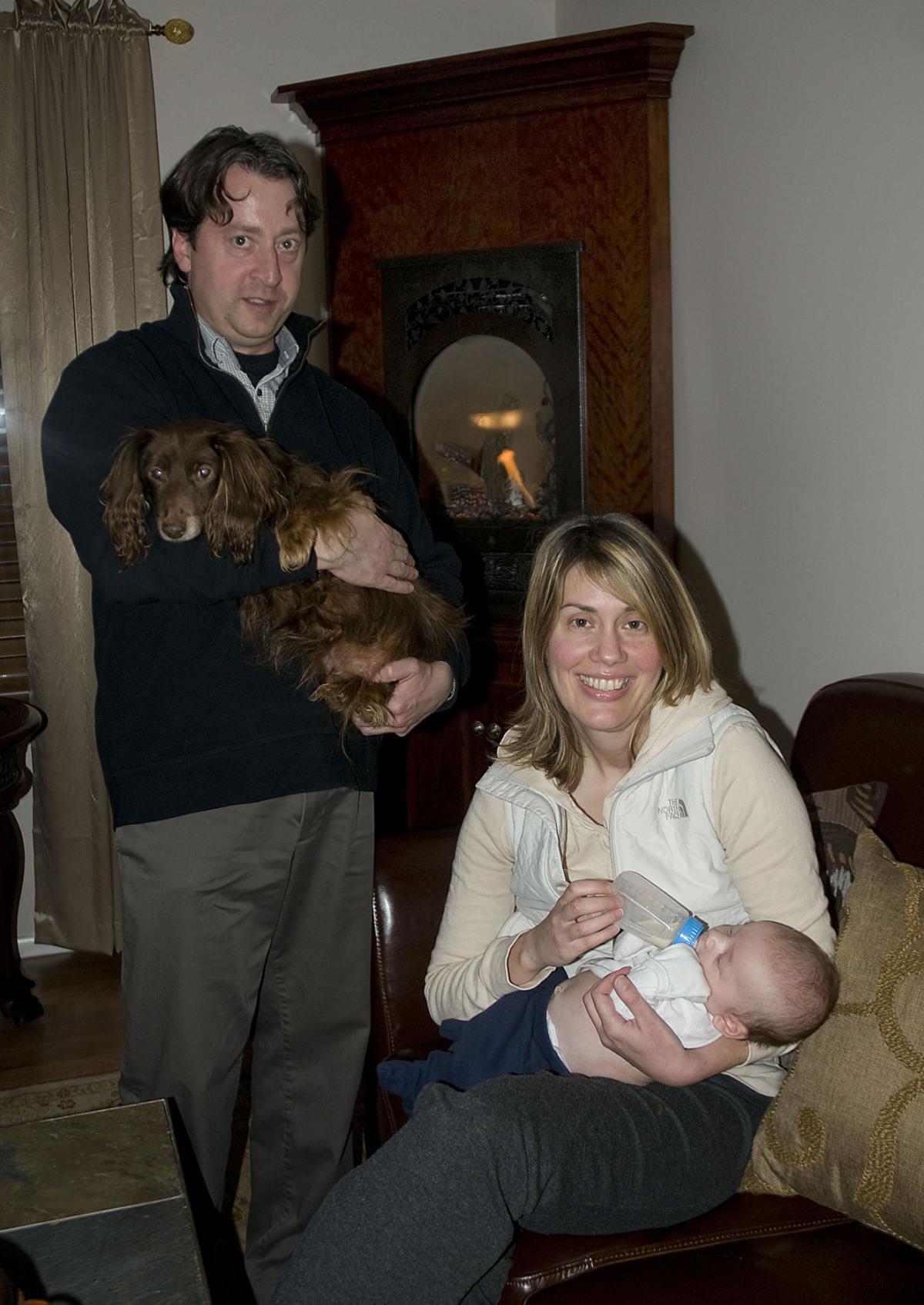 Photos by James Neiss/Staff Photographer Paula and James Yarger are the proud parents of James Yarger III. Paula is a cancer survivor and was surprised she became pregnant. Coco, their dog, joined them for the photo.

A content James Yarger III enjoys his bottle at his Town of Niagara home.

Paula and James Yarger have a new reason to be thankful.

After her ordeals the past few years dealing with melanoma and the medicine to keep her cancer-free, Paula knew she was a trooper. She knew she was game for anything.

Then it came time to deliver her son, James Yarger III, and once again, she found herself at the mercy of doctors, their medicine and God. Once again, she overcame the odds in what her family can now joke about. But it was extremely serious when it was happening.

So she was rushed away for an emergency Cesarean procedure, where she was given a knockout-dose of anesthetic. She said she doesn’t remember a lot of what happened next, but she remembers being extremely groggy and happy at the same time, knowing her son was born, a son she didn’t believe even nine months earlier she’d ever see.

After being diagnosed with melanoma on her face in 2006, Yarger went through an aggressive treatment meant to help prevent any further developments. But it wiped her out for years. She was a different person, she said during a summer interview with the Gazette.

With the help of her husband, her rescue dachshund she was caring for at the time, and her own desires, she finally got her self motivated. She was getting herself back into shape, found a new job and began feeling great about herself again. The biological clock kept ticking, though, and she realized she was quickly running out of time to start a family.

At 41, Yarger was finally healthy, happy and, as it turned out in February, quite pregnant. Still, she said she had her doubts about her child. Not about whether he’d be a son they’d cherish. They were concerned her body chemistry would be altered in some way leading to some form of birth defect.

But a drugged-up, post-delivery mom said she got the best news of her life when her doctor at Mount St. Mary’s leaned over her and whispered a little sweet-everything in her ear.

“(Everyone) went to the nursery with the baby and Dr. (Sharmilee) Thota, my doctor, came over to me and whispered in my ear, ‘Everything you were worried about, you don’t have to be worried about,’” she said. “I was worried if he was going to be a sick baby, if he was going to have a disability or an abnormality. For my age and everything that I went through, that was always on the table. I didn’t do a lot of testing to see if there was anything wrong with him because at that point, we just felt whatever happens, happens. When she whispered that to me, I knew he was going to be OK.”

OK might not be the best description, though. This baby is super. James Yarger III, who turned 6-weeks old Saturday, was 8 lbs., 11 ounces when he was born and measured in at 21-and-a-half inches long.

“There were six people who did the surgery and they were each taking turns trying to guess how much he weighed,” the older James Yarger in the room said.

The couple joke that he’s a big boy, but what happened only a couple days after her delivery made them both raise an eyebrow. With the families looking to take the first pictures of the new arrival, there was a moment Paula said she felt her son was doing something he never should’ve been doing. She said he actually lifted his head up at the neck and looked at her.

Normally, children just born aren’t capable of performing such tasks. Still, the two of them insist it happened.

But in typical fashion for this family from the Town of Niagara, nothing could go right for more than a matter of a few days. After she delivered, Paula was found to be anemic due to a loss of blood. She was given two blood transfusions and placed on iron medication. After a weekend stay at the hospital, she was released into the care of a home nurse. It’s here where the story gets scary.

Paula was enjoying life with her newborn, feeling the effects of becoming a mother. The nurse took some measurements of baby James and made sure his heart was beating properly, his lungs were working perfectly fine. He received a clean bill of health, so she moved from baby to mother. Unfortunately, Paula’s blood pressure was absurdly high. It was so bad, she said, the doctors told me they were worried about a possible stroke and other problems.

Unbeknownst to her, this woman who’d survived cancer, lived through the mess the medication made her for years, recovered to become pregnant and give birth to a big-yet-happy-and-healthy son was developing an affliction that normally affects expecting mothers, not recently made ones.

She started seeing double and began feeling the effects of a massive migraine she said she’d never experienced before. The doctors were able to diagnose her with preeclampsia, a life-threating condition caused by hormones and a malfunctioning placenta in pregnant women, and finally brought her heart rate back down to normal, human levels.

“Usually women get it during pregnancy,” she said. “It’s dangerous. It threatens the fetus and the mother. You can also get it after delivery, but it’s not as common. It brought back memories of everything I went through before with the cancer. Of course, now I had a baby, so I had that.”

In all, the story of the Yarger family has been a great big adventure, capped off by a baby born on a weekend celebrating the life of an oceanic explorer.

“Originally, we thought he was going to be a Halloween baby,” Paula said. “He was more of a Columbus Day baby, which I guess is a little fitting because he is a little bit of an explorer. It’s been an adventure and he’s been taking us on the adventure.”

“It wasn’t uneventful, we’re not bored,” James added. “We wouldn’t have it any other way.”