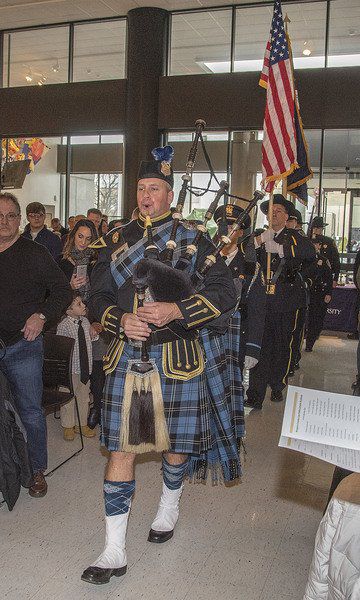 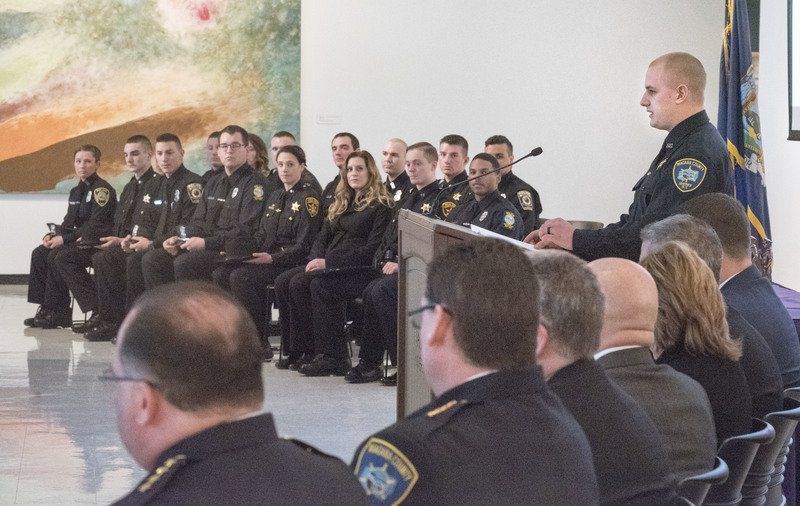 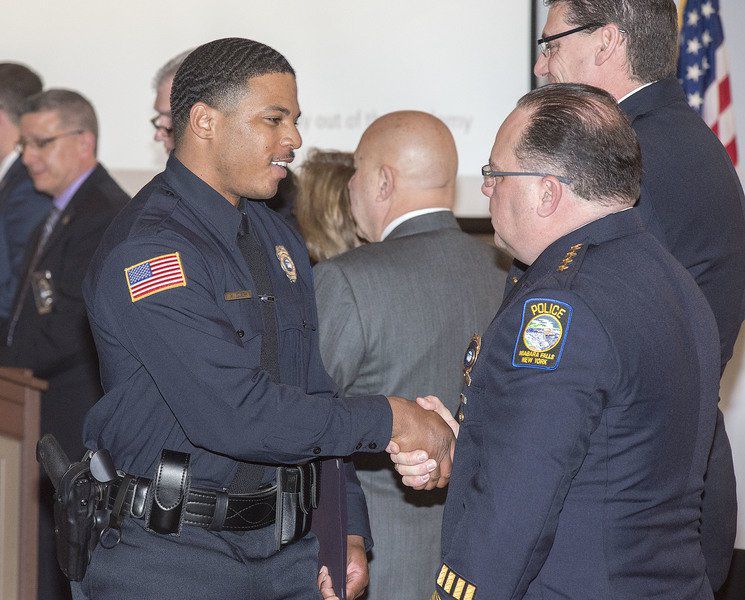 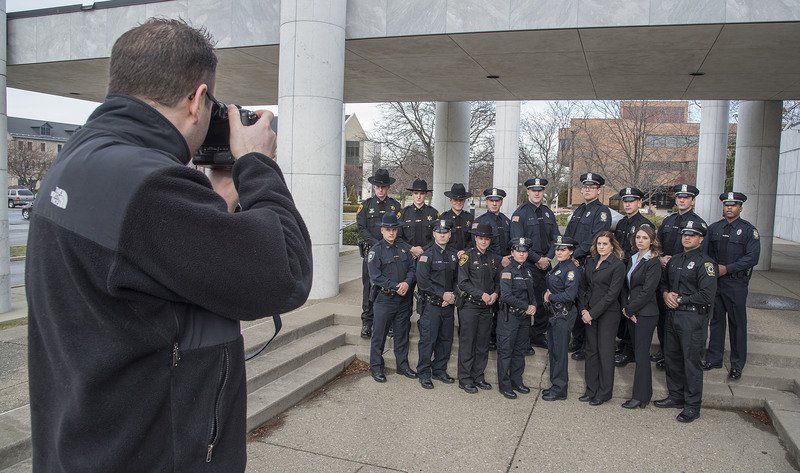 After turning the podium toward the graduates, Morinello offered wisdom ascertained from his experience as an attorney and 14-year tenure as a Niagara Falls City Court judge.

“During your career, you will encounter some who will lack respect for your chosen profession but, remember, they are not the majority,” he said. “They are just a small portion of the population. The general public knows better – and that is who you are here to serve.”

Morinello, who was elected to his first term in the state assembly in November, reminded the 17 men and women that they are being thrust into roles as stewards of the community, and that it is their duty to serve and protect.

“Always follow the rules of your oath. Respect yourself, respect your community, respect your faith. Come to work with a clear head. Leave personal distractions at home so you can assure yourself that you are going to come home,” he said.

Talon Zuchlewski, the class president, expressed his appreciation for the support of family, friends and academy instructors over the last six months. He said that he believes that the graduates have been adequately prepared for lives as public servants.

“Being pushed to our limits and told to never give up helped get us to our goal,” Zuchlewski said. “We learned to never stop fighting and to always come out a winner. With that mentality, we learned that there are no alternatives.”

The NCLEA was established at Niagara University in 2011, making NU the only four-year, private college in New York to host a full-time police academy.

Coordination of the program on Niagara’s campus is undertaken by the university’s Office of Continuing Education and criminal justice department.

Applications for the police academy’s next class are now being accepted. For more information, call 716-286-8181, visit the website at www.niagara.edu/nclea or email nclea@niagara.edu.