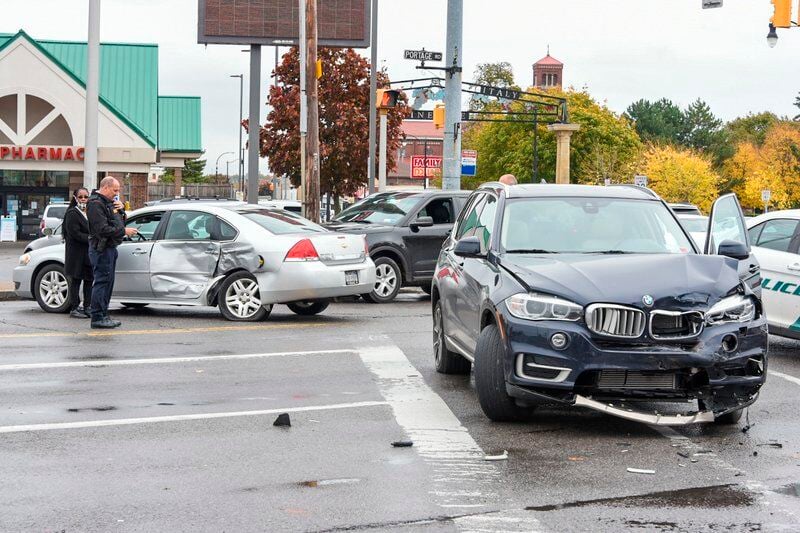 A violent encounter in the City Market Wednesday afternoon spilled on to Pine Avenue and a grinding crash at the intersection of Portage Road. 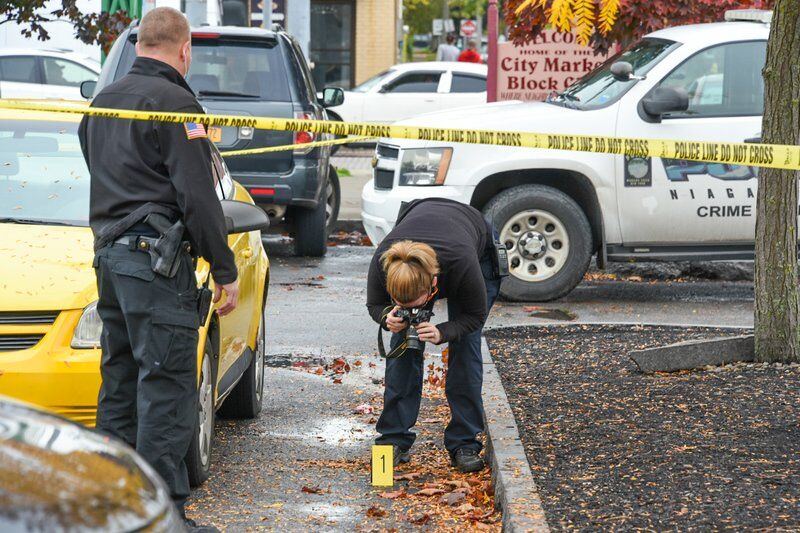 A violent encounter in the City Market Wednesday afternoon spilled on to Pine Avenue and a grinding crash at the intersection of Portage Road.

Falls police have two Buffalo teenagers in custody after a violent encounter in the City Market Wednesday afternoon sparked a chase down Pine Avenue and a grinding crash at the intersection of Portage Road.

Officers then chased the two suspects on foot before taking them into custody.

Patrol officers had responded to the market, at 18th Street and Pine Avenue, around 1:26 p.m. for a report of a stolen car in the parking lot. They located a blue BMW SUV that had been reported taken from the city of Buffalo earlier in the day.

The officers said they saw what appeared to be two males, sleeping in the vehicle. The officers blocked the SUV, in a parking spot, with their patrol cars and approached it, on foot in an attempt to make contact with the occupants.

The the occupants of the BMW then attempted to escape by ramming their stolen vehicle into the police patrol cars parked in front of them. Reports from the scene indicated that two gunshots were fired as the SUV rammed the patrol cars.

No one was reportedly struck by the gunfire.

The suspects were able to make their way out of the City Market parking lot and drove away at a high rate of speed west on Pine Avenue. As patrol officers chased the fleeing vehicle, the stolen SUV slammed into another car at the intersection of Portage Road.

Police said the driver of that car suffered a minor injury.

The stolen car suspects then bailed out of their vehicle and began running toward nearby Oakwood Cemetery before reversing course and fleeing back toward Pine Avenue. Officers gave chase on foot, apprehending one suspect in the 600 block of 13th Street and the second suspect near St. Joseph's Church on Tronolone Place.