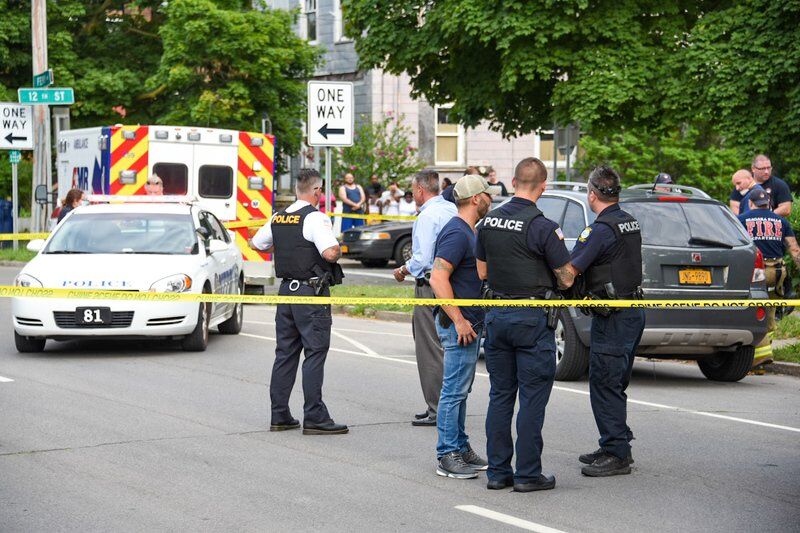 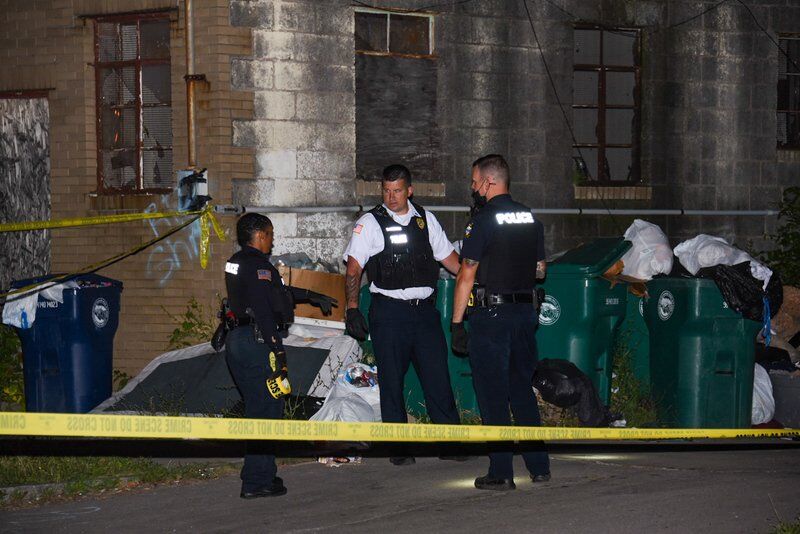 Niagara Falls police are investigating a double shooting in alley of the 1700 block of Whitney Avenue that resulted in the death of a city man early Tuesday morning.

Niagara Falls police are investigating a double shooting in alley of the 1700 block of Whitney Avenue that resulted in the death of a city man early Tuesday morning.

Falls Police detectives are hunting for a pair of killers after two homicides rocked the city in less than 24 hours on Tuesday.

Investigators began the day sorting through the chaos of a shootout in the area of 17th Street and Pierce Avenue early Tuesday morning.

The hail of bullets left one man dead and another injured.

A second shooting occurred about 5:30 p.m. at Ferry Avenue and 12th Street. Arriving patrol officers found a man lying in the street. Reports from the scene indicated that he had been shot in the neck.

The victim, a 29-year-old city man, was declared dead at the scene by paramedics.

Falls Police Criminal Investigations Division Capt. Michael Trane reported Tuesday night that no arrests had been made and the investigation was still ongoing.

The first fatal shooting occurred about 1:30 a.m. and patrol officers found Joseph and another man suffering from gunshot wounds.

“The victims had been in a backyard with one other person when they were shot,” Trane said. “People then tried to help the victims.”

Investigators said Joseph, who had been shot several times in his torso, was taken in a private vehicle to Niagara Falls Memorial Medical Center. He was pronounced dead from his wounds at the medical center.

The second victim was rushed by ambulance to the Erie County Medical Center in Buffalo. Detectives said he suffered injuries to his lower body that are not believed to be life-threatening.

Detectives said that their investigation is “ongoing.” The third person who was in the backyard in the 1700 block of Whitney is a possible suspect in the shootings.

“We believe the victims are closely related, and there’s no reason to believe they shot each other,” Trane said.

Investigators said they are continuing to interview friends and family members of the victims and are hoping the surviving victim can help lead them to a suspect..

Falls Police detectives said late Monday afternoon that they had made an arrest in connection with a July 21 murder on Ferry Avenue.