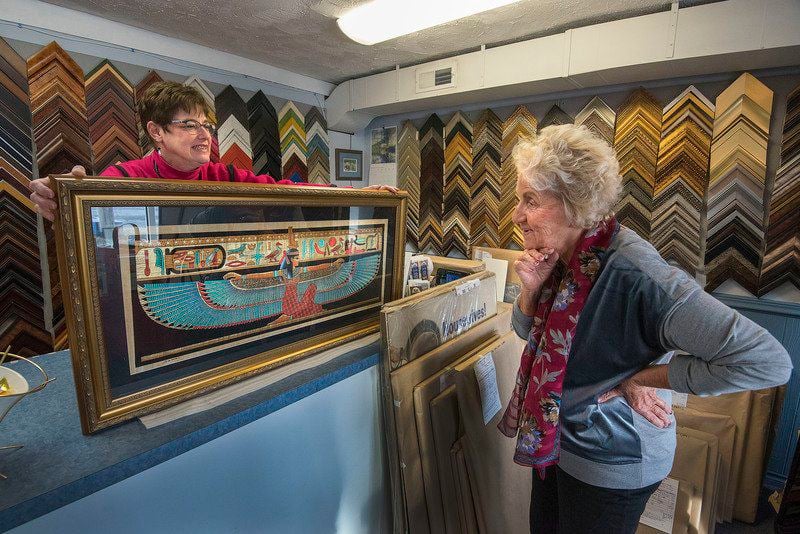 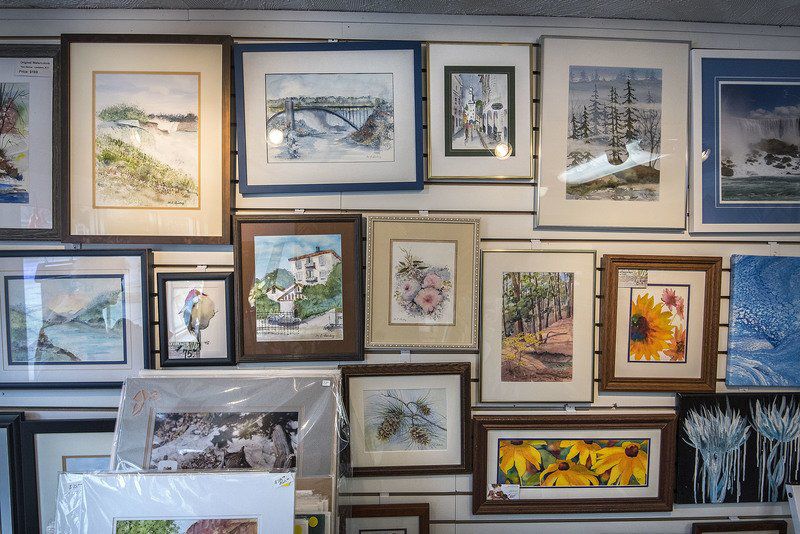 If you name it, Sue Sullivan can probably frame it.

As Sue's Frame of Mind celebrates 10 years of doing business on Lewiston's Center Street, Sullivan has helped her customers to preserve their most cherished memories, creating custom showcases to display everything from art to memorabilia.

She said the last decade has passed quickly, and she's loved having the opportunity to meet interesting people and help them find the perfect way to display the things that matter most to them.

"The years have just flown by," she said. "If you like what you do, it's not truly work."

Sullivan got her start in the retail industry, where she said she enjoyed being able to work with people, but her long-time passion had always been taking photos. For years, she has participated in local art shows like the Lewiston and Allentown art festivals, where she gained experience matting and framing her own work.

After initially earning a degree in business, she decided to go back to school to get a second degree in photography. It was something she said she always wanted to do, but after she earned her second degree, she wasn't sure what to do next.

Then she was offered a part-time job at Eddie's Art Shoppe, which she was pleased to accept. She said the job led her to discover a way of bringing her two passions together – art and people. She worked there for 16 years, until the shop's Lewiston location closed its doors.

"After (Eddie's) had closed, as they say, one door closes, well a window opens," Sullivan said. "Somebody in the village called me and said, 'We really want you back, had you ever thought about opening your own business?'"

It was good timing, Sullivan said, because she had already started thinking about the prospect of going into business for herself, so she jumped at the opportunity. In early December 2009, Sue's Frame of Mind officially opened its doors.

Sullivan said she knew she wanted her business to be on Center Street, where Eddie's had been located. She said her father once asked her why she had her heart set on the village, but after spending a few days in the shop helping her to set up before she opened, she said he learned the reason for himself.

"The next time we spoke, he said, 'I understand now,' " Sullivan recalled. "He said there were people walking by and there were people in the window, they stopped to see what's coming. Some people might think it's nosy but it's not. It's a community connection. Everybody's interested in what you're doing. We're all neighbors and friends and that's the kind of community I wanted the business in."

From start to finish, each of Sullivan's frames are made in-house with her own hands. Each of her frames, she said, is designed with the customer in mind. She likes to learn their tastes and their preferences so she can design something that suits them.

While the creative portion of her business is deeply important to her, Sullivan has really enjoyed getting to know her customers over the years, some of whom come from as far as Canada or the Southtowns. She said establishing a connection with them is important and she wants each customer to know they can count on her to help them decide how to best frame whatever they bring in.

In remembering some notable pieces she's created over the years, Sullivan said she's framed military medals, wedding mementos, souvenirs from vacations and travels, jerseys, children's art and memorabilia to be passed along to younger generations.

"Every day is different," she said. "Every person I deal with is different, every personality is different, the art that they bring in presents potentially a very interesting challenge. Along the way, some nice people have walked in my door and it's helped to make it a wonderful 10 years, and who knows how many more."