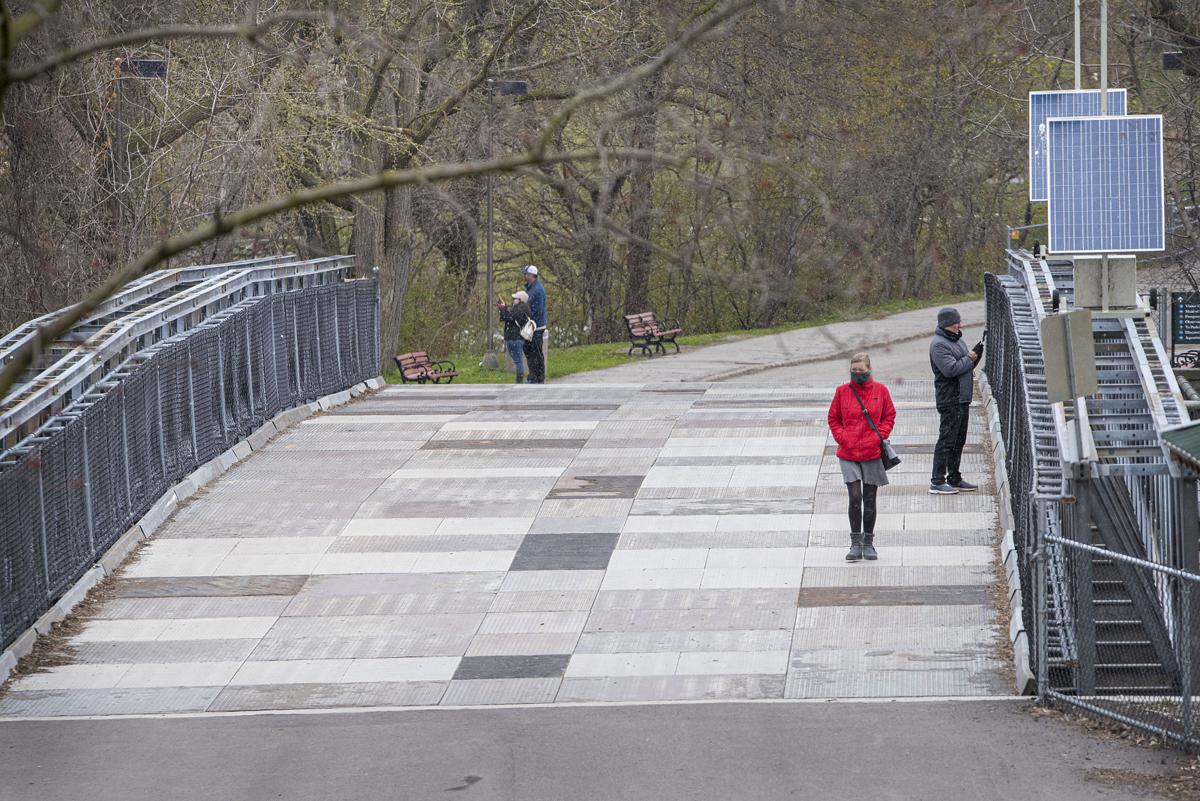 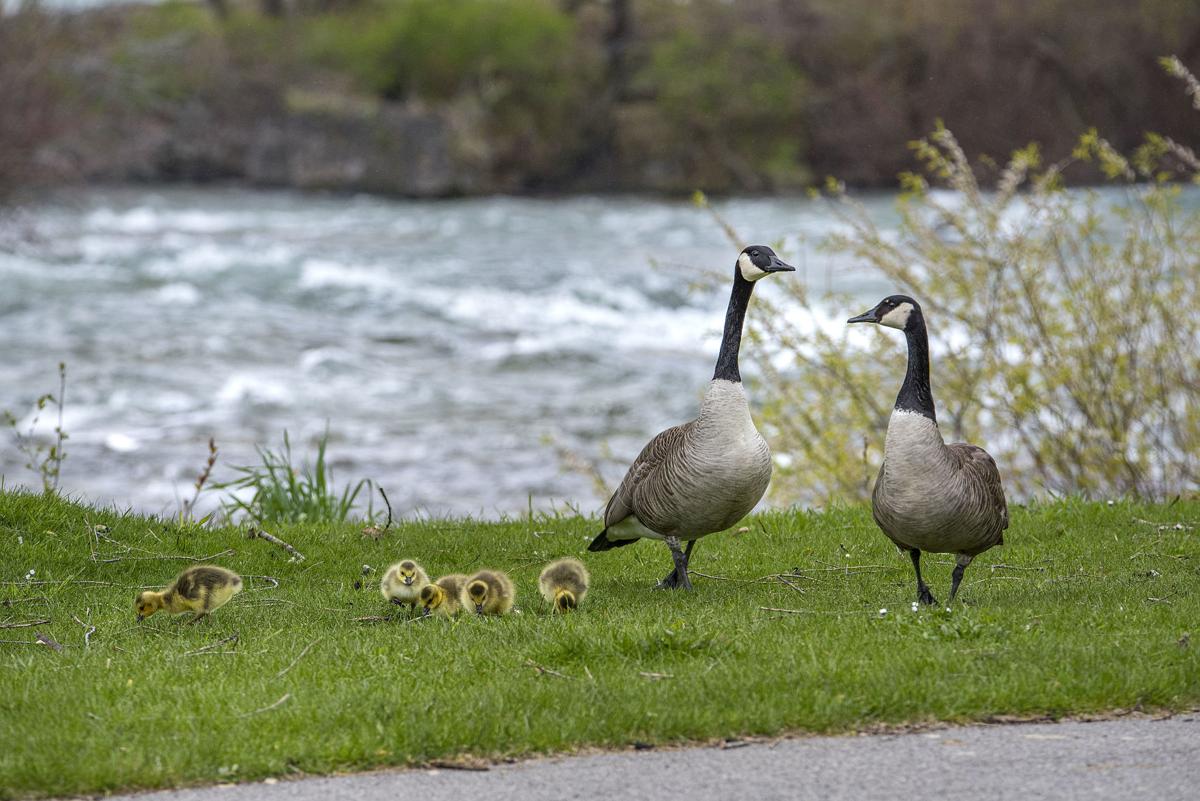 Spring is in the air on Goat Island at Niagara Falls State Park. 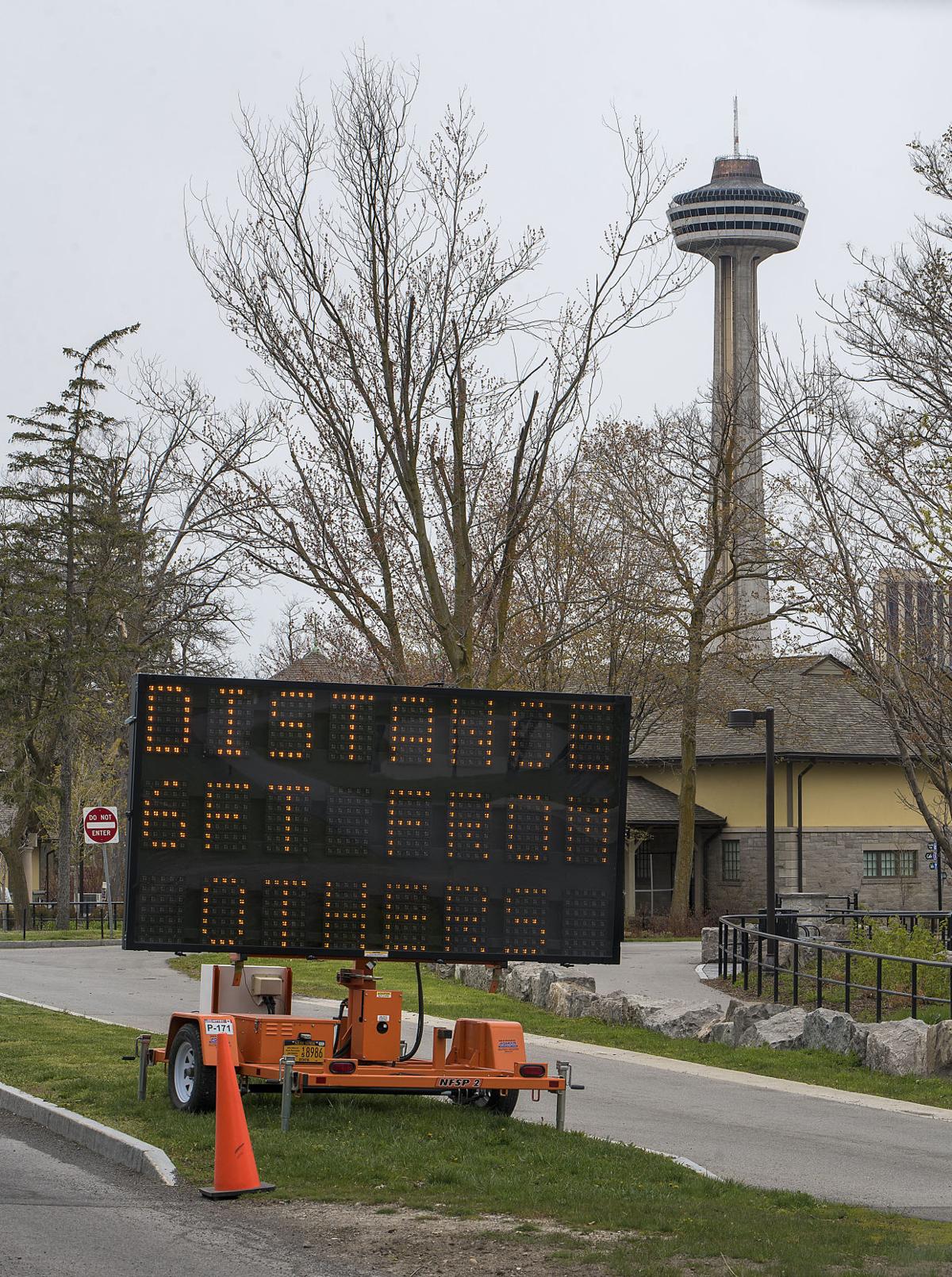 Niagara Falls State Park is getting ready for the return of the tourist season with a sign asking folks to social distance and wear masks into the restrooms.

Spring is in the air on Goat Island at Niagara Falls State Park.

Niagara Falls State Park is getting ready for the return of the tourist season with a sign asking folks to social distance and wear masks into the restrooms.

ALBANY — Shawn Weber, a partner in a popular restaurant business in Niagara Falls, says if the pandemic-driven shutdown of eateries and bars continues much longer, Wine on Third may have to stay closed for the remainder of the year.

“If this keeps going until mid-July or August, there is no way we can make what we need to make to get through the winter without getting crushed,” said Weber, one of thousands of upstate owners of businesses that rely heavily on a healthy tourism economy.

Tourism is New York’s third largest employer. The state is home to an impressive array of attractions drawing more than 250 million visitors yearly and generating a combined economic impact of more than $100 billion.

Some of the most popular destinations in the upstate region are the high peaks and lakes of the Adirondacks, Niagara Falls with its storied waterfalls, the Catskills with its hiking trails and stream popular with fishermen, and Cooperstown with its National Baseball Hall of Fame and museums.

All of these regions have been battered for the past two months, with people from around the world being discouraged from traveling. While five regions of upstate New York were allowed to have a limited reopening of some industries Friday, restaurants, bars, concerts, movie theaters, casinos and many other attractions remain closed.

Across the country, thousands of airline flights have been canceled, along with many major events, including rock festivals and the annual induction ceremony at the Hall of Fame. And many events are in doubt, including the annual thoroughbred meet at the Saratoga Race Course.

In Cooperstown, some seasonal businesses near Otsego Lake have already opted not to reopen this spring, said Cassandra Harrington, director of Destination Marketing Corp., which promotes tourism in Otsego County.

A recent decision to cancel the Glimmerglass Festival, an internationally-acclaimed opera event, came on the heels of the Dreams Park baseball tournament season and the Hall of Fame event being shelved this year. “That was the final nail in the coffin,” Harrington said.

The uncertainty swirling around when businesses and museums will be allowed to reopen has led the owners of some inns and restaurants to scrap any plans they had for reopening later this summer.

“The seasonal businesses are in a very unique situation that is not favorable at all,” Harrington said. Businesses that have beefed up their staffing by recruiting international workers who obtain special visas are not bothering with that program this year because there is simply no need for such hiring, she pointed out.

In the face of the current lull in travel, tourism promoters have been using the time productively to develop new strategies designed to dovetail with the needs and concerns of visitors to their regions.

“We’re doing programs that encourage our businesses to understand that the traveler is going to be different, that it is up to all of us to take responsibility for our businesses, and make sure our public spaces are all at or above the standards that are recommended,” McKenna said.

He said he expects while it may take months to return to a level of normalcy, there are signs people will be willing to take short trips once businesses reopen.

“We don’t anticipate a lot of long-haul travelers at first,” McKenna said. “But we feel it will gradually build up and we’re hoping that by the time we get into next year some of the vaccine issues and treatment issues will be close to being solved.”

He said some businesses may face challenges in hiring staff because some workers who were able to qualify for unemployment benefits are collecting additional federal jobless payments. The federal stimulus money for those who lost jobs due to the pandemic expires at the end of July.

Business owners, he noted, are being encouraged to prepare for “the reinvented traveler” and emphasize how they have put protocols in place that eliminate encounters with the virus.

One goal is to ensure local residents and travelers have the confidence to feel comfortable in the company of each other.

“We are certainly going to be building on the open spaces of the Adirondacks in regaining the confidence of people,” McKenna said.

In Niagara Falls, Weber said he feels fortunate to have other real estate investments to tide him over in the event Wine on Third does not reopen in 2020. He said he fears some fellow entrepreneurs in the bar and restaurant business will face financial catastrophe.

“Usually in business you can forecast out and look at what the options are going to be, and plan for whether this might happen, or that might happen,” Weber said “But this is something we’ve never seen. It’s hard to visualize the other side of this. There are just too many variables.”

Joe Mahoney covers the New York Statehouse for CNHI’s newspapers and websites. Reach him at jmahoney@cnhi.com.