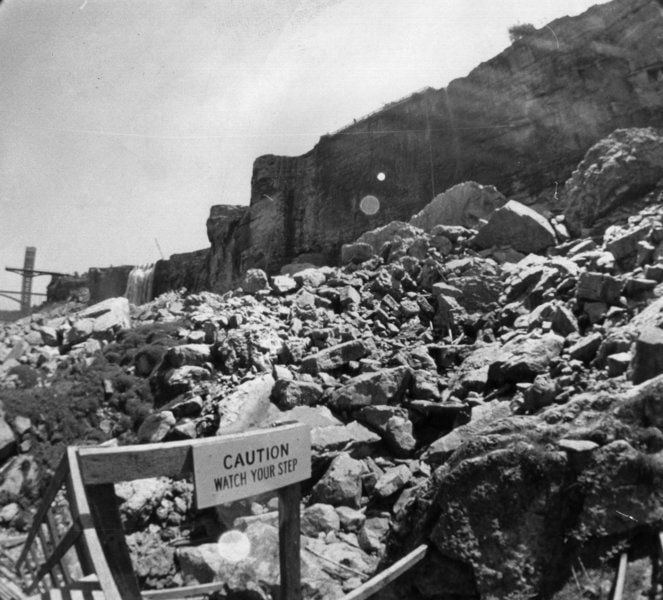 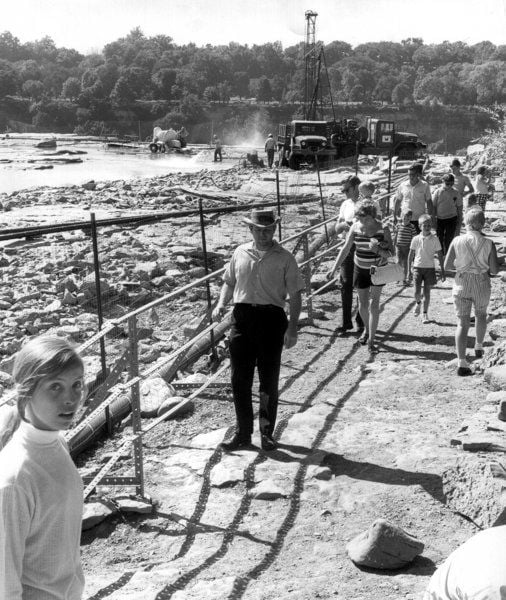 There's still no firm timeframe for when the state may shut off the water at Niagara Falls as part of a long-awaited bridge repair project.

State officials say efforts to fund repairs for bridges in Niagara Falls State Park — a project that was to include the dewatering of the cataracts — will go beyond this year.

Dewatering involves building temporary dams to divert the river's flow and dry up portions of the precipice. It would allow crews to mend the 117 year-old state park bridges. The step is necessary to complete the repairs, but was also pitched as a potential tourism draw.

State parks officials previously cited 2019 as the earliest possible year in which the repairs could move forward.

Officials did not disclose a new timeline for the project this week, three years after the original announcement.

"When 2019 was mentioned as a date, that was the soonest possible had the money been available at that time," said state parks spokesperson Angela Berti.

"Eventually the historic stone arch bridge will need to be replaced, however, parks has made repairs to the existing bridge to make sure it remains safe," he said.

The dewatering process last took place in 1969, when U.S. Army Corps. of Engineers staff performed a series of tests and measurements along the cliff face.

In order to dewater the Falls, state crews would build a structure called a cofferdam from the tip of Goat Island in the river to the mainland.

The cofferdam would cut off water flow in the river bed and provide a dry area for demolition and replacement of the two deteriorating concrete arch bridges that span the river rapids.

The previous dewatering drew a mixed reaction from Falls visitors.

In an article appearing in the Niagara Gazette at the time, Clint Salt, then an assistant manager of the former Sheraton Foxhead Inn in Ontario, said guests at the hotel reacted one of two ways to the sight.

"Some people are frustrated by seeing a rock pile after standing in a line of cars for hours. Those who can look at the dewatering from their hotel rooms are excited about it and realize they might never see it again like this in their lifetime," he said.

In addition to between $23 million and $34 million in funding, the project will require approvals from bi-national oversight officials and the Army Corps to perform the needed work on the bridges that connect Prospect Point, a mainland site, to Green and Goat islands.

The spans cross over the upper Niagara River rapids and its swift-moving water was eroding the structures, officials at state Parks said in 2016, the last time a public hearing for the project was held.

At the time, state officials said they expected the project would require private and public fundraising efforts for the engineering and construction phases.

Morris Peters, a spokesperson with the state's Division of Budget, said the organization is looking to upper levels of government as well.

"We are continuing to seek federal funding so that this project may move forward," he said this week.